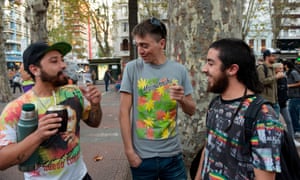 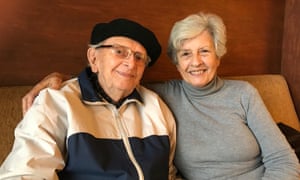 The registry was opened at the beginning of May. So far about 3,500 people (out of Uruguay’s population of 3.4 million) have signed up to buy marijuana at pharmacies. Additionally, since 2014 about 6,700 have signed up as home growers and 57 cannabis clubs have been set up, according to the government’s Cannabis Regulation and Control Institute.Despite the media attention, sales seem to be likely to get off to a slow start. “Only 30 of the country’s 1,000 pharmacies have signed up to sell marijuana so far,” says Alejandro Antalich, vice-president of the Uruguayan pharmacies association.“Our society can be conservative, resistant to change, so there is still uncertainty and many pharmacists are waiting to see how the system works before signing up to sell. There is also fear of reprisals against pharmacies from corner drug traffickers upset at losing their clients.”Castilla also has mixed feelings about the new law. “I would like to see full freedom to plant in your own home,” she says.Has she registered to plant or buy. “No, I haven’t.” Is she still growing at home? “Yes, I am.” Isn’t she afraid of falling foul of the new law? “I don’t think they’d dare come after me again,” says Castilla with a twinkle in her eye.

Source: Uruguay, the first country where you can smoke marijuana wherever you like | Society | The Guardian

Brad Lander, a Democratic city councilman from Brooklyn, described the accusations against Ms. Sarsour as “preposterous,” and pointed to her help in raising money to repair two Jewish cemeteries that were vandalized in St. Louis and Pennsylvania in February.“She’s been in my synagogue,” he said. “She and my rabbi are friends. There’s no doubt that part of what this is is backlash against the idea of having a Palestinian-American as a visible leader and inheritor of the civil rights movement.”He added, “One terrible feature of the Trump regime is that it threatens to tribalize all of us.”