Can I call you Frank? This is just pastor to pastor. Feel free to call me Peter. Anyway, I have to say I was flattered when I learned that your Decision America Tour took a detour off the beaten path to call upon us “small community churches.” We are nothing if not small. We seat 30-40 on a good Sunday. And we are a century old fixture of our small community. Most often we are overlooked and overshadowed by mega-churches and politically influential religious voices like your own. We don’t hold a candle to an auditorium filled with the music of a one hundred voice choir led by professional musicians. We probably will never be recognized in any nationally syndicated media. After all, we don’t do anything really “newsworthy.” We just preach the good news of Jesus Christ; love one another the best we can (which sometimes isn’t…

This would be a remarkable position for someone long affiliated with Richard Mack’s extremist Patriot organization, the Constitutional Sheriffs and Peace Officers Association, to hold. Among the core tenets of CSPOA dogma is the far-right “constitutionalist” belief that sheriffs represent the highest law of the land, and are capable of overturning or ignoring federal laws within their own jurisdictions. Moreover, Clarke’s history of incendiary remarks includes his advocacy of “a second American revolution.”

Source: With DHS Position, Clarke Would Be the First ‘Patriot’ Leader to Hold a Federal Post | Southern Poverty Law Center

They are thirsty to return to the glory days of a pure, white European country that never was and never will be in the Middle East. 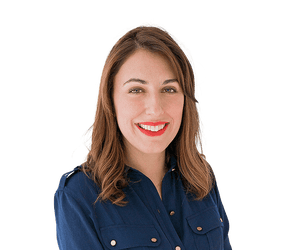 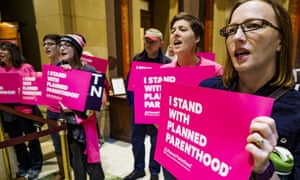 it’s hard to think about anything outside of Trump and Russia these days, but while we’re all refreshing Twitter every two minutes, women’s rights are being rolled back across the country. At the end of June, four health clinics in Iowa will shut down because of legislation defunding Planned Parenthood. At the same time, Texas is seeking federal funding to do the same and the DNC chair is meeting with anti-choice groups in the spirit of doing away with a litmus test on women’s rights.When even those who are supposed to be on our side are willing to throw women’s autonomy and human rights under the bus, we’re in bad shape.So yes, watch the news obsessively and plan those impeachment parties. But don’t forget about what’s at stake in the meantime.

Source: As the Russia story explodes, women’s rights continue to be rolled back | Jessica Valenti | World news | The Guardian

This week, sources inside the FBI revealed that Director Comey wrote a detailed report after a February 14th meeting with Trump. During that meeting, Comey says Trump asked others in the Oval Office to leave, including Vice President Mike Pence and Attorney General Jeff Sessions. When they were alone, Comey reports that Trump asked him to drop the investigation of Michael Flynn’s interactions with Russians.That’s textbook obstruction of justice.

Source: Comparisons to Watergate Are Not Far Off Point | La Prensa San Diego

Donald Trump is not fit to be president of the United States. He does not possess the requisite intellect and does not understand the significance of the office he holds nor the tasks associated with it. He doesn’t read. He doesn’t bother to peruse important files and intelligence reports and knows little about the issues that he has identified as his priorities. His decisions are capricious and they are delivered in the form of tyrannical decrees.He is a man free of morals. As has been demonstrated hundreds of times, he is a liar, a racist and a cheat. I feel ashamed to use these words, as sharp and loud as they are. But if they apply to anyone, they apply to Trump. And one of the media’s tasks is to continue telling things as they are: Trump has to be removed from the White House. Quickly. He is a danger to the world.

Source: Donald Trump Is a Menace to the World: Opinion – SPIEGEL ONLINE

The Identitarian Movementis currently being monitored by the BfV, Germany’s domestic intelligence agency, for possibly infringing on the constitution, also known as the Basic Law.The right-wing movement, with an estimated 300 members, propagates a return to what it sees as traditional national values and is accused of xenophobia and Islamophobia.The military’s counterintelligence agency, MAD, is presently examining a total of 284 cases of alleged far-right extremismin the Bundeswehr.Bundeswehr under pressureMAD investigations include four students at the Bundeswehr’s university who are suspected of having ties to far-right movements, according to SZ’s report. The MAD probe is scrutinizing potential direct or indirect links between the four students and a first lieutenant in custody since late April on suspicion of planning terrorist attacks. Franco A. and his two known accomplices had reportedly been scheming to blame refugees for the attacks. Franco A. had pretended to be a Syrian migrant himself and received subsidiary protection status in a scandal that raised many questions about how asylum applications are handled by Germany’s Office for Migration and Refugees.The case of Franco A shook the German military, whose image was already suffering after a series of abuse cases. German Defense Minister Ursula von der Leyen launched a major inquiry into the present state of disarray at the Bundeswehr, but has been criticized for mismanaging the crisis, and faces accusations of doing too little, too late.

President Trump told Russian officials in the Oval Office this month that firing the F.B.I. director, James B. Comey, had relieved “great pressure” on him, according to a document summarizing the meeting.“I just fired the head of the F.B.I. He was crazy, a real nut job,” Mr. Trump said, according to the document, which was read to The New York Times by an American official. “I faced great pressure because of Russia. That’s taken off.”Mr. Trump added, “I’m not under investigation.”The conversation, during a May 10 meeting — the day after he fired Mr. Comey — reinforces the notion that Mr. Trump dismissed him primarily because of the bureau’s investigation into possible collusion between his campaign and Russian operatives. Mr. Trump said as much in one televised interview, but the White House has offered changing justifications for the firing.The White House document that contained Mr. Trump’s comments was based on notes taken from inside the Oval Office and has been circulated as the official account of the meeting. One official read quotations to The Times, and a second official confirmed the broad outlines of the discussion.

“Ebola could spread throughout the country if the government doesn’t take precautions by screening anyone who enters the city,” said Devina Katobu, a doctor in Kinshasa. “Already people are living in fear, and are still moving from one place to another to seek safe haven. I think they might be spreading the virus. The international community should move quickly to save this country from the epidemic.”The WHO has said that it needs $10 million to fight the virus in Congo. Officials believe they can stop the virus based on past experience. “We believe that the DRC’s government has strong experience, and a proven track record of handling Ebola outbreaks,” Salama said.Salama said the WHO was planning to use an Ebola vaccine if the Congolese government agrees. An Ebola vaccine was tried in West Africa but there were not enough cases to show how well it worked. The WHO was sending the team to the remote area in the north of the country and would bring the vaccine if possible.“There are 300,000 doses of Ebola vaccine available if needed to stop this outbreak becoming a pandemic,” Seth Berkley, chief executive of Gavi, an international group that seeks to provide vaccines to developing countries, said in an email. “It is a sad fact that the people of the Democratic Republic of Congo are all too familiar with this horrific disease.”

A young female reporter from The Local when walking around the area on Friday experienced catcalling. But while there were many large groups of men on Rue Pajol, at the centre of the so-called “no go zone”, the atmosphere at the time was calm and unthreatening.When the same reporter went into Café Cyclone, which protestors say is one of many local bars or cafés where only men go, the reaction was one of surprise but again, not aggressive.Counter-demo blames anti-immigrant sentiment Women and men at a counter-demonstration held at the same time as the SOS La Chapelle protest claimed that the issue of feminism was being used to hide what in reality was an anti-immigrant drive.”The majority of people in the area behave well — this is a witchhunt on immigrants,” Alice, 40, told The Local, without wanting to give her last name. “It is a complete manipulation of the truth.

Source: Protest over “no-go zone for women” in Paris immigrant district – The Local