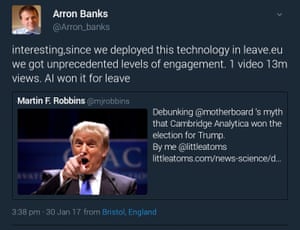 Source: Follow the data: does a legal document link Brexit campaigns to US billionaire? | Technology | The Guardian 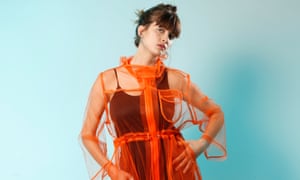 If there’s any hope to be found, it could come from among Israel’s small but diverse underground music scene. In Tel Aviv, at venues such as the Block, Jewish and Arab audiences are said to dance together, united by electronic DJs. “It’s all about trying to form a new conversation and trying to be normal,” says Erez. “This is probably the only idea that I believe in now 100% – building communication through normalising the connection. If that’s something that we aim for, I think it could create some change.” Erez says that she hopes one day to collaborate with Palestinian artists but her ambitions are also that of any global pop artist: to break out of her local scene and make her songs “something that people can relate to from different parts of the world. As personal as the music is, it’s as universal as it can be.”

Source: Noga Erez: ‘I get told by people not to talk about what is happening in Israel’ | Music | The Guardian

Late last year, an alliance of cancer centers, the National Comprehensive Cancer Network, issued treatment guidelines. Experts agree that the essential first step is to remove the implant and the entire capsule of scar tissue around it. Otherwise, the disease is likely to recur, and the prognosis to worsen.Not all women have been able to get the recommended treatment. Kimra Rogers, 50, a nursing assistant in Caldwell, Idaho, learned last May that she had lymphoma, from textured implants she had for more than 10 years. But instead of removing the implants and capsules immediately, her doctor prescribed six rounds of chemotherapy and 25 rounds of radiation. A year later, she still has the implants.“Unfortunately, my doctor didn’t know the first line of defense,” Ms. Rogers said.She learned about the importance of having the implants removed only from other women in a Facebook group for those with the disease.Her health insurer, Blue Cross Blue Shield of Montana, covered the chemotherapy and radiation but has refused to pay for removal of the implants, and told her that her appeal rights were “exhausted.” (Translation: health insurance companies don’t care if you die!)