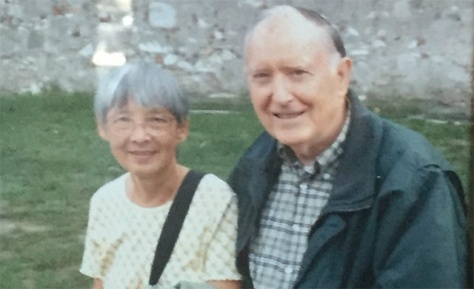 According to Harue Craig’s account, and a family friend who spoke to the Mercury-News shortly after the incident, the Craigs had no idea that these were sheriff’s deputies, and they were scared that intruders were attempting to invade their home. Mrs. Craig says they were in the middle of dinner and clearly were confused by what was happening, and she was in fact cowering behind her husband when the deputies came into the home and fatally shot him.That family friend, Greg Delaney, who spoke with Mrs. Craig as well as witnesses, said that his friend Gene was “freaking out” that someone was trying to break in, and that the deputies’ actions are unconscionable. “They opened the door, saw that he had a gun, and shot him. … They killed him in front of his wife,” he said. “These people were trigger happy.”

Source: 90-Year-Old Widow Whose Husband Was Shot In Front Of Her By South Bay Cops Is Suing: SFist