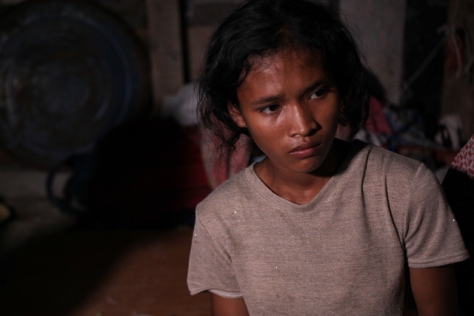 In a shed made of boards and tarps, one-year old Nune is in deep sleep as his mother Check Srey-Toy gently rocks his hammock. Then she tells me that she sells her breast milk to the US. They have no front door. Privacy is a sheet of cloth drawn across an opening. A gas burner on the ground. A saucepan with leftover porridge. “It’s been three months. Since I started”, Check Srey-Toy tells Arbetet Global.

Source: Breast Milk is Exported to the US | Inter Press Service

The demand for breast milk has increased and is now a commodity on international markets. The US company Ambrosia Lab have donators in several different countries. They target US mothers who pay close to 25 dollars for a bag of just under 150 millilitres of milk.

Make no mistake- the War on Drugs is a war on Black people.Period.Nothing about how they must crackdown on those opioid/heroin users. They aren’t a menace?Well, isn’t that interesting.We already know what the War on Drugs cost the Black community.Attorney General White Citizens Council doesn’t think that’s enough.Where are the Blackademics? They couldn’t rush fast enough to a microphone to decry what President Obama WAS NOT DOING. Yet, they continue to be quiet as church mice pissing on cotton in the era of Dolt45.Michelle Alexander will have a few more chapters to an updated ‘ The New Jim Crow’, after these evil people are through.

Women die. The GOP is not content to kill only women on American soil. By reinstating the global gag rule, pulling funds for UNFPA, and choking off funding to fight HIV/AIDS around the world (women make up over half of HIV/AIDS cases globally) will punish women everywhere. The god of the GOP doesn’t like women who have sex.The singular focus on abortion (a symbol of women in control of their sex lives and bodies) as anathema to the god of the GOP allows “pro-lifers” to sleep at night. Targeting “baby-killers” takes the thinking out of it. The truth is more difficult; analysis and empathy are required. Many women’s only contact with a doctor or medical professional is through Planned Parenthood and well-women clinics. Abortion, even when outlawed, does not and will not stop abortion. Women will die without access to safe legal abortion, Planned Parenthood, and other women’s clinics. You may ask, why don’t those women just go to another doctor? Who can afford to have the choice? The GOP hates Medicaid. Though they haven’t explicitly invoked their racist, sexist, classist Welfare Queen-esque statement, the policies are unmistakable, from the drug-testing requirements in the offing to states refusing to expand Medicaid coverage through the ACA. There is a swath of states in the Deep South that didn’t expand Medicaid, which meant women, mostly women of color and women in more rural areas, fell into the Obamacare doughnut hole. Which is to say, these women make “too much” money for Medicaid but not enough to afford health care through the exchange. Of course, fixing this part of the ACA isn’t on the GOP agenda—quite the opposite. Jesus, to their minds, is all about small government. Today’s GOP, the one born from the Moral Majority, embraces a fundamentalist interpretation of the right-wing Christian god they purport to serve. They are carrying out god’s will, very much like the Taliban. If shutting down women’s health clinics and blocking access to abortion doesn’t kill women, especially women of color, guns in the hands of domestic abusers just might. Stand your ground laws across the country will result in brown people dying; these laws are a license to kill. People of color will be swept up in the new war on drugs— the last war on drugs’ only accomplishment was incarcerating young Black and brown men, not only breaking up families, but forever taking away these men’s rights to vote. Voter ID laws targeting people of color along with gerrymandering will ensure reelection of god’s chosen legislators.And if all else fails they have this: You as a woman in this country have a right to speak. The subtext: Only if we dress a certain way, wear our hair just so, don’t cover our heads with scary fabrics, and balance an aspirin between our knees. Otherwise we are asking for it: rape, assault, hate crimes, incarceration, forced birth. The Taliban will blow our heads off. The GOP prefers death by a thousand cuts.

Source: The Most Pernicious Form of Terrorism Threatening the U.S. Is the GOP | Dame Magazine