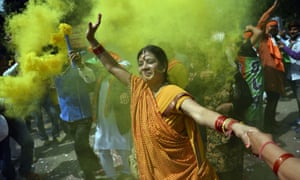 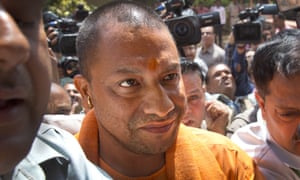 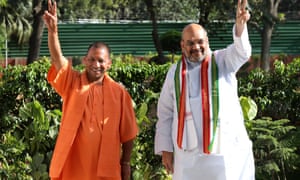 The men, allegedly part of a religious activist group called the Hindu Yuva Vahini, cornered one of the parishioners. Smartphone footage shows the woman pulling her blue shawl tightly around herself as she answers questions about her involvement with the church. “No one is forcing me to convert,” she insists.“If the police hadn’t arrived, we don’t know what would have happened next,” Joshua says. “After the men left, everyone in the church was silent, so frightened. This is a time of testing for us.”Last week, the monk who founded the HYV, and whose firebrand Hindu supremacist vision guides the organisation, was selected by the party of prime minister Narendra Modi to lead the most populous state in India – the equivalent of the sixth largest nation on earth.

Patient satisfaction, however, tends to be high. Ms. Voynow did not need a preoperative physical exam, blood work, an I.V. drip or even an attending anesthesiologist. As nurses wheeled her on a gurney out of the O.R., she looked pleasantly surprised. “I’ve had root canals that were worse,” she said.Scarcely a half-hour after the surgery, she drove herself home, using her right hand, which had just been operated on. By contrast, if she had been given general anesthesia, she would most likely have needed several hours to recover, possibly had side effects like dizziness and nausea, and required someone to drive her. An anesthesiologist would have been necessary throughout the operation. And billed accordingly.“If I want sedation, I’ll have a beer,” said David S. Howes, who has had several awake procedures (and who is himself a doctor, an emergency physician in Chicago). During his awake colonoscopy, he discussed fly-fishing with the gastroenterologist. He had two total knee replacements with only regional nerve blocks.