President Donald Trump’s administration will face its first huge challenge on the budget front when the measure to suspend the limit on the amount of money the federal government is allowed to borrow soon lapses.

What could also loom on the horizon is a diminished US role in the United Nations after Donald Trump had not only made plain repeatedly that he holds the UN specifically and multilateral organisations generally in low esteem, but since his administration has so far also clearly kept the UN at arms length.That’s why it does not come as a big surprise that according to media reports the Trump administration could drastically slash its contributions to the UN.This is important because Washington was not just the driver behind the founding of the UN, but again is also the organisation’s biggest individual contributor – which gives the US big sway in what’s happening there.  “There are lots of problems with the United Nations, but perhaps the Trump administration could use their energy to help reform and changes,” said Tingley. “But a retreat from participation in the UN is just going to open up a vacuum for other countries that the US would rather not have as much in charge.”

Eighty per cent of Swedes dislike US president Donald Trump and only 10 percent like him, according to a new survey carried out by the Novus polling company and commissioned by Swedish Radio.The survey, carried out in early March among a random sample of over 1,000 Swedes, asked respondents to place Trump on a scale from “strongly dislike” to “strongly like”.The outcome of the poll is uniquely negative, Sören Holberg, a political scientist at the University of Gothenburg, suggested. He told Swedish Radio that previous polls measuring Swedes’ attitudes to foreign leaders have not turned out such pessimistic results. 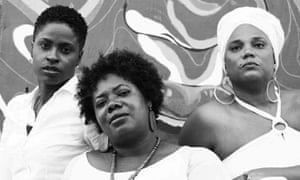 The co-founder of a new organization that campaigns against gender-based violence in Jamaica has been arrested after posting the names of alleged sexual predators on social media.Latoya Nugent, a prominent LGBT activist and co-founder of the Tambourine Army, was arrested late on Monday and charged with three counts of breaching the country’s Cybercrimes Act.

The ruling states: Because a reasonable, objective observer – enlightened by the specific historical context, contemporaneous public statements, and specific sequence of events leading to its issuance – would conclude that the Executive Order was issued with a purpose to disfavor a particular religion, in spite of its stated, religiously-neutral purpose, the Court finds that Plaintiffs, and Dr. Elshikh in particular, are likely to succeed on the merits of their Establishment Clause claim.And a stinging rebuke to the government:The illogic of the Government’s contentions is palpable. The notion that one can demonstrate animus toward any group of people only by targeting all of them at once is fundamentally flawed.

A white nation is first and foremost concerned with citizenship. In order to create a white nation, you need only white citizens. To do that, you need to not only control who is allowed into your country, but how the citizens and residents of your country can reproduce. It’s no coincidence that the same party that demands we “build the wall” and “Ban All Muslims” has been leading the charge in restricting reproductive rights.

The European Centre for Disease Prevention and Control (ECDC) released a risk assessment on yellow fever yesterday, noting a new case of travel-associated disease in a person from the Netherlands. This is the fourth case reported in Europeans who had recently traveled to South America in the past 8 months.The traveler had recently returned from Suriname, a former Dutch colony on the northwestern coast of South America. The patient had traveled to Suriname in February and March, and the case was reported to the National Institute for Public Health and the Environment (RIVM) in the Netherlands on Mar 9.The three other recent yellow fever cases in Europeans with a history of travel to South America include two French nationals who visited several endemic areas of Peru and a Danish citizen got sick in Bolivia after visiting yellow fever endemic areas in the Amazon basin. The Trump administration is also set to get rid of troop cap numbers in Iraq and Syria.

Source: U.S. military likely to send as many as 1,000 more ground troops into Syria ahead of Raqqa offensive, officials say – The Washington Post