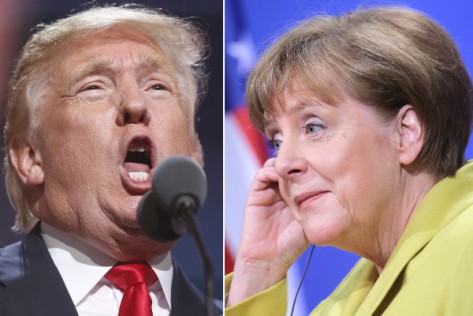 “Trade policy is the responsibility of the European Union,” a spokesperson for the Economy Ministry told its US counterparts when they tried to open discussion on trade, Spiegel reported on Tuesday.Peter Navarro, who heads the White House’s new National Trade Council, called for bilateral talks to reduce the US trade deficit with Germany on Monday.The US recorded a $502-billion trade deficit last year, meaning it imported more than it exported. Germany meanwhile exported €253 billion ($270 billion) more than it imported in 2016.“Germany is one of the most difficult trade deficits that we are going to have to deal with,” the Financial Times reported Mr Navarro saying.“We are thinking long and hard about that and I know that Angela Merkel is coming here soon and perhaps we’ll be having some discussions about how we can improve the US-German economic relationship.” But the Economy Ministry spokesperson rejected the US argument that Germany’s large trade surplus could be eradicated through negotiations.The surplus is “the result of demand in the markets” and “a testament to the competitiveness of the German economy,” he said.The new US administration under President Donald Trump has been clear that it aims to reduce the country’s massive trade deficit, employing aggressive rhetoric against countries such as Germany which have large trade surpluses.

the hotel deal had been struck with Ziya Mammadov, the corrupt Transportation Minister of Azerbaijan, who has a history of arranging shady real estate projects as money laundering fronts. Mammadov and his family have deep financial connections to the Iranian Revolutionary Guard, making it almost certain that the Trumps were knowingly and illegally doing business with Iran. It also seems likely that Trump shuttered the project upon taking office in the hope it wouldn’t be investigated.

The anti-secrecy organization WikiLeaks (#TraitorTrump Pre-Election buddies) said Tuesday that it has obtained a vast portion of the CIA’s computer hacking arsenal, and began posting the files online in a breach that may expose some of the U.S. intelligence community’s most closely guarded cyber weapons.