“We can’t be polite about this. We can’t be casual or cavalier,” Barber told a reporter. “We have more voter suppression in recent years than we’ve seen since Jim Crow.”He said that Merrill’s promotion of the voter ID law was “another lie.””I don’t care if you came as secretary of state, to stand up and tell another lie, to push the lie of voter ID and confuse people, normalize it, on a day when the nation is watching,” Barber said. “You cannot come and stand in that pulpit and promote a voter suppression tactic and then we just sit there.”He said that “democracy is at stake.””You cannot have a democracy where voter suppression is normalized, where people will politely let people say to them what they’re doing, in their face and in their church, and it’s okay,” Barber said. “To respect injustice is to be a part of it.””If you undermine voting,” he added, “everything else falls apart.”

The Petah Tikva municipality disconnected dozens of apartments where African asylum seekers were living from electricity, the mayor doesn’t like seeing black people in public, and casual racism has a common occurrence. Faisal, a refugee from Darfur, describes what it’s like to live in a city where he is unwanted.

Source: ‘Israelis won’t rent to us, they’re disconnecting us from electricity’ | +972 Magazine

The scene at the airport was “chaotic, panicked; it was a mess,” said Lali Madduri, a lawyer with the firm Gibson Dunn, which is representing the family pro bono. “The whole time the children are crying, the woman is crying. They can’t understand what’s going on.

”The father had arrived on Thursday with his wife and three children, ages 7, 6 and 8 months, on Special Immigrant Visas, according to the lawyers’ habeas corpus petition filed on Saturday in Federal District Court in Los Angeles. Those visas were created by Congress for citizens in Iraq and Afghanistan who have helped the United States military or government as drivers, interpreters or in other jobs — work that often makes them targets in their home countries.But instead of being allowed to enter the United States, the family has been detained, according to the court papers.

“I’ve never, ever heard of this happening,” said Becca Heller, the director of the International Refugee Assistance Project, or IRAP, which filed the petition. “They go through so many layers of security clearance, including one right before they get on the plane. ”Calling the detention “egregious, inhumane and unconstitutional,” the group petitioned the court to release the family, whose names were not publicly revealed. The judge did not order the family be released, but set a hearing in the case for Monday.According to Ms. Heller, the father was being held Saturday night at a men’s immigration detention facility in Orange County, Calif. His wife and children were taken to a detention center in downtown Los Angeles. 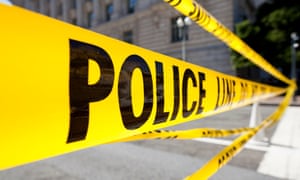 A Sikh man who was shot in the arm late Friday said the gunman approached him as he worked on his car in his suburban Seattle driveway and told him to “go back to your own country”.

Source: Sikh man shot in the arm says gunman told him ‘go back to your own country’ | World news | The Guardian

Senior law enforcement and intelligence officials who worked in the Obama administration have said there were no such secret intelligence warrants regarding Mr. Trump. Asked whether such a warrant existed, James R. Clapper Jr., a former director of national intelligence, said on NBC’s “Meet the Press” program, “Not to my knowledge, no.”“There was no such wiretap activity mounted against the president-elect at the time as a candidate or against his campaign,” Mr. Clapper added.