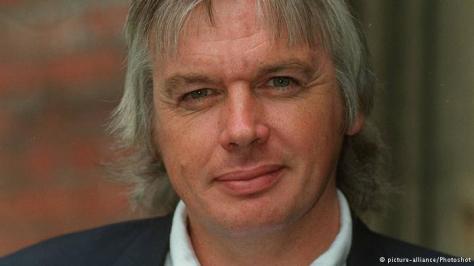 Icke, a well-known soccer goalkeeper and sports broadcaster in the UK in the 1980s before he announced that he was the “son of the Godhead” on a TV chat show in 1991, now regularly holds live speaking events that run for several hours promoting a theory that the world is run by a reptilian elite known as the “Brotherhood.”Slipping into the physical world from another dimension, Icke says the Brotherhood has genetically manipulated humanity and sought to divide people along racial and gender lines as a means to subjugate them.He has identified dozens of leaders as shape-shifting lizards, including ancient Egyptian pharaohs, the majority of US presidents, and the British Royal Family, and argues that the Brotherhood runs the United Nations, the International Monetary Fund, the Bilderberg Group, as well as several other international organizations, and encourages genocide, war, and the mass slaughter of animals. He also says the reptilians use human anxiety as a source of energy.Lizards and dog-whistlesMany critics have noted that Icke uses anti-Semitic arguments and imagery. Like many racist conspiracy theorists, he identifies investor George Soros as an enemy of humanity, and has endorsed “The Protocols of the Elders of Zion,” a long-since-debunked Russian anti-Semitic book published in 1903 that purports to detail a global Jewish conspiracy to take over the world. The book influenced Adolf Hitler and was used by the Nazis to agitate against Jewish people in the 1930s – though Icke himself denies being anti-Semitic and says the book is not evidence of a Jewish conspiracy, but a reptilian one.