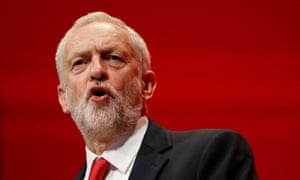 He will say Labour’s priority in EU negotiations will remain full access to the European single market, but that his party wants “managed migration” and to repatriate powers from Brussels that would allow governments to intervene in struggling industries such as steel. Sources suggested that the economic demands were about tariff-free access to the single market, rather than membership that they argued did not exist.

Source: Jeremy Corbyn: UK can be better off out of the EU | Politics | The Guardian