Direct blocking of websites has been done by China, Russia, Turkey and several other nations for years, usually through their state-run internet service providers. But civil rights groups say the pressure authoritarian governments are now placing on Apple and Google is a new wrinkle.“Apps are the new choke point of free expression,” said Rebecca MacKinnon, who leads a project on open internet tracking at New America.Increasingly, United States tech companies are complying with those demands. 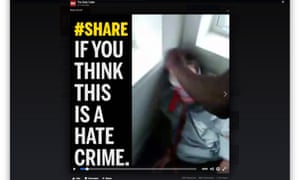 A video showing the brutal attack of a young man with disabilities in Chicago that was broadcast on Facebook Live has resurfaced on the social media network, attracting millions of new viewers.The 30-minute attack, which shows a man bound, gagged and cut with a knife, was viewed live by 16,000 people and eventually removed by Facebook for violating its community standards. Facebook prohibits the celebration or glorification of crimes on its platform.Facebook refuses to explain why live torture video wasn’t removed sooner Read moreOn Thursday, conservative news site the Daily Caller repackaged the same footage and re-uploaded it to Facebook, along with the message: “Share if you think this is a hate crime.”The video, which appears to be three minutes shorter than the original but otherwise appears to be identical, has since been watched more than 7m times and shared more than 200,000 times.Facebook appears to be content to allow the video to exist on its network. 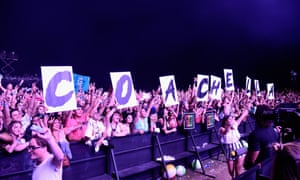 A major Republican donor, Anschutz gave more than $1m to conservative candidates and political fundraising groups in 2016, according to the Center for Responsive Politics, a nonpartisan watchdog. Employees of the Anschutz Corporation also leaned heavily toward Republican candidates. The businessman has attended political events hosted by the Koch brothers, the billionaire scions of an oil fortune and also Republican donors, and Anschutz has donated to their political group Americans for Prosperity, which opposes climate change research and regulations. Anschutz’s natural gas company has also sued small towns in pursuit of fracking rights, and the businessman has invested heavily in a gigantic Wyoming wind farm. 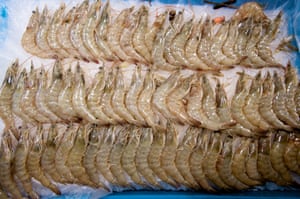 A prawn importer suspected of deliberately evading biosecurity controls to bring infected produce into the country is expected to face criminal charges as authorities try to contain a white spot disease outbreak in Australia.But prawn producers say the indefinite import ban has come too late: the government’s own agricultural quarantine agency, Biosecurity Australia, warned six years ago that the risk of the disease being introduced to Australia by the importation of green (raw) prawns was high.

The women of Budrus, a Palestinian village in the West Bank, sent a powerful message on Wednesday when they physically blocked Israeli forces from carrying out a home demolition. Video of the incident, shot by photojournalist Issam Rimawi, shows dozens of Palestinian women standing on the porch and roof of the home, as Israeli army jeeps and Border Police officers idle out front. To the side stands a group of men from the village, observing the proceedings.

“The Russians have a long history of interfering in elections, theirs and other people’s,” Clapper told the Senate armed services committee. “We have never encountered such a direct campaign to interfere with the election process as we have seen in this case [ … ]. This was a multifaceted campaign. So the hacking was only one part of it, and it also entailed classical propaganda, disinformation, fake news.””Russia has clearly assumed an even more aggressive cyber posture by increasing cyber espionage operations, leaking data stolen from these operations and targeting critical infrastructure systems,” he went on.

A new US intel report has found that Putin “ordered” a hacking campaign aimed at harming Hillary Clinton’s electability. The report also found the Russian government showed a “clear preference” for Donald Trump.

In bottles and small plastic barrels, he stores the seeds of corn, bean, sorghum, watermelon and other locally planted species, in a shack next to his house, in the middle of land that is now sandy and covered with dried-up vegetation.More than a thousand homes that serve as “seed banks”, and 20,000 participating families, make up the network organised by ASA to preserve the genetic heritage and diversity of crops adapted to the climate and semi-arid soil in Brazil’s Northeast.Saving seeds is an age-old peasant tradition, which was neglected during the “green revolution”, a period of agricultural modernization which started in the mid-20th century and involved “an offensive by companies that produced the so-called ‘improved’ seeds,” which farmers became dependent on, said Antonio Gomes Barbosa, a sociologist who is coordinator of ASA’s Seed Programme.

Nine months later and she had been stopped and checked by police a total of 23 times – while going to a museum, going to the U-Bahn station, or while out to socialize, being picked out of a group of white friends.“It really makes you feel like an outsider. I have never felt so much like an outsider as I have in Germany,” Kambhampati says.“I don’t feel welcome and that bothers me the most because I think about especially the large number of refugees that are coming in and being welcomed into the country… I’ve heard from some that have said they were racially profiled and don’t feel at home. They should feel at home.”But since she’s a journalist who came to Berlin to work for investigative news initiative Correctiv, Kambhampati didn’t let her feelings of frustration stop there.She met with Berlin police department’s press spokesman, who apologized and said the checks could be seen as illegal. But he also noted that officers wouldn’t search a “blond, German-looking person,” before later saying this wasn’t what he meant.Kambhampati first wrote about her experiences in an in-depth article for Vox last month, which can be read here. And now she’s working on an investigation with her colleagues at Correctiv, looking to find others who have had similar experiences.Different histories, different discussionsGrowing up in New Jersey and studying in Ohio, Kambhampati said she had encountered discrimination in the US as well, and similar issues of racism exist in both places. But the different immigration histories of the two countries also seems to have affected how people act today.“In Germany, many people assume I’m from India based on my skin colour rather than considering that I could be from somewhere like the US,” she explained.“I’ve gotten that before in the US, but not as much. Maybe it has to do with the way that different people have come to the US for generations now.“Some people that I’ve spoken to who have experienced racial profiling have been living in Germany their whole lives… and they still don’t feel like they are welcomed into the German society. And that’s largely in part because they’re stopped and asked questions like this.”

Source: ‘I’m an American and I was racially profiled in Berlin 23 times’ – The Local