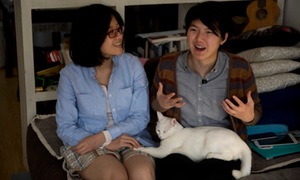 “We wish you to watch out, the feminists worldwide are speaking, and we are watching you.”Zhang called on Trump to respect women’s rights, warning him not to use his position to spread “straight-man cancer”.The term has become popular in China in recent years to describe a “disease” among narrow-minded men seeking to control women and work against gender equality.“Straight-man cancer” also chastises men seen to cling on to traditional Chinese norms in relationships, such as suppressing women’s rights through official policies, devaluing female labour and branding educated women as unattractive.“In general ‘straight-man cancer’ is the equivalent of ‘male chauvinist pig’ in English,” Zhang wrote.