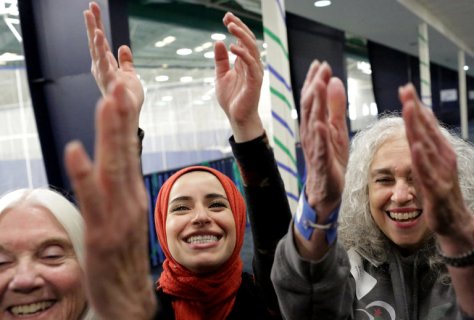 After joining in blessings over home-baked challah and sparkling grape juice (instead of wine, out of consideration for the Muslims), Ms. Firdaus talked with four Jewish women she had never met before, balancing plates of Indian food on their laps. They found that the spate of hate crimes and the ominous talk by Mr. Trump or his advisers about barring Muslims from entering the country and registering those living here had caused all of them to think about Germany in the years before the Holocaust.“When did you know it was time to leave?” Ms. Firdaus asked one woman who had just recounted how her relatives had fled the Nazis. “The ones that didn’t leave are the ones who went to Auschwitz.”The Jewish women tried to convince her that they would not let it come to that. “If Muslims have to register, we’re all going to register,” said Mahela Morrow-Jones, who is helping to build the first West Coast chapter of the Sisterhood in Santa Barbara, Calif. “You’ve got to believe it, sister.”Groups are reaching out not just to clergy members, but also to laypeople, including business executives, students and women. 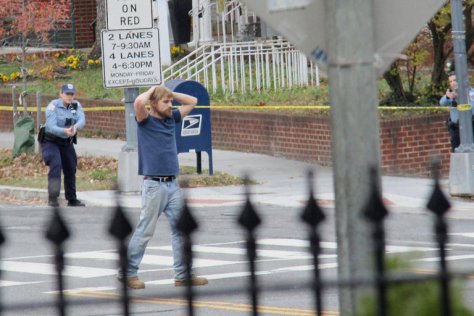 Edgar M. Welch, a 28-year-old father of two from Salisbury, N.C., recently read online that Comet Ping Pong, a pizza restaurant in northwest Washington, was harboring young children as sex slaves as part of a child-abuse ring led by Hillary Clinton.The articles making those allegations were widespread across the web, appearing on sites including Facebook and Twitter. Apparently concerned, Mr. Welch drove about six hours on Sunday from his home to Comet Ping Pong to see the situation for himself, according to court documents. Not long after arriving at the pizzeria, the police said, he fired from an assault-like AR-15 rifle. The police arrested him. They found two weapons in the restaurant, a rifle and a handgun. No one was hurt.In an arraignment on Monday, a heavily tattooed Mr. Welch, wearing a white jumpsuit and shackles, was ordered held. According to the criminal complaint, he told the authorities that he was armed to help rescue children but that he surrendered peacefully after finding no evidence that “children were being harbored in the restaurant.” He was charged with four counts, including felony assault with a deadly weapon and carrying a gun without a license outside a home or business.Unbeknown to Mr. Welch, what he had been reading online were fake news articles about Comet Ping Pong, which have swollen in number over time. The false articles against the pizzeria began appearing on social networks and websites in late October, not long before the presidential election, with the restaurant identified as being the headquarters for a child-trafficking ring.

By REUTERS | Dec. 5, 2016 | 0:53L. Chris Stewart, the lawyer for the family of Walter L. Scott, the black man who was shot dead by the former South Carolina police officer Michael T. Slager, spoke after news of Mr. Slager’s mistrial, as did Mr. Scott’s mother. Mr. Stewart said that the officer had “delayed” justice but that he would not “escape” it. 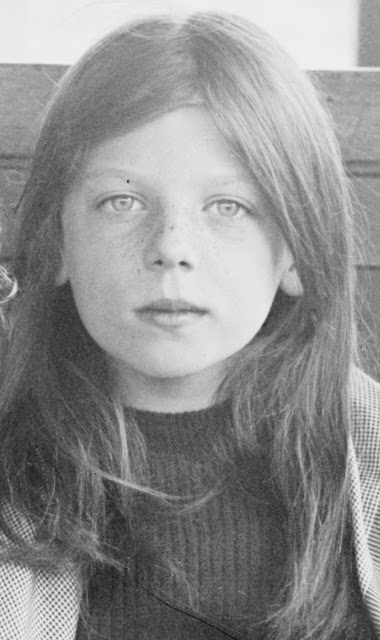 The utter despair in Charlotte Collyer’s eyes are apparent as she looks away from the photographer. Daughter Marjorie with her youthful eyes, stares hauntingly straight into the lens of the camera. The unknown future had to weigh heavily on these two survivors minds.

Source: vintage everyday: Saved from the Titanic: Faces of Survival and Despair in One Photograph