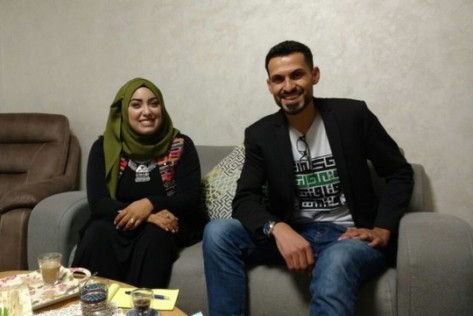 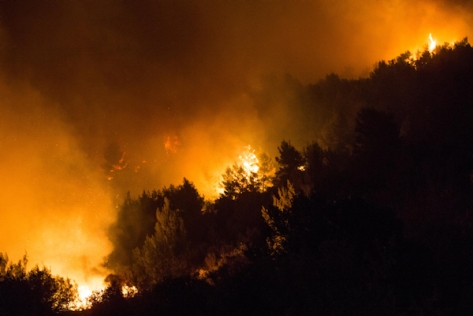 Like Ludvik, the protagonist in Milan Kundera’s novel “The Joke,” Anas Abudaabes has discovered firsthand the problems that arise when a regime lacks a sense of humor or irony. Yet Abudaabes, unlike Ludvik, has not lost his own sense of humor, even following his Kafkaesque arrest last week for writing an ironic Facebook post lampooning those who celebrated the fires that were raging across Israel.

Source: Meet the Palestinian man arrested for being sarcastic on Facebook | +972 Magazine

In ‘yuge’ news, US President-elect Donald Trump pressed on with his love for hyperbole and vague generalizations, and purportedly told beleaguered Pakistan Prime Minister Nawaz Sharif yesterday that he’s a “terrific guy”, “has a very good reputation” and added that he is “ready and willing to play any role that you want me to play” to address outstanding problems.That is, Trump said this to Sharif according to a Pakistan government press release of a phone conversation between the two, after Sharif called the US President-elect to congratulate him.In his country, Sharif is under investigation for funnelling money abroad, after his and his family members’ names were mentioned in the Panama Papers.The US real estate magnate supposedly also told Sharif “it will be an honor” and that he will “personally” play any role to “find solutions to the outstanding problems” – problems that Trump didn’t specify.Trump also purportedly told Sharif that he feels like he’s “talking to a person I have known for long” and that Pakistanis “are one of the most intelligent people.” He apparently urged Sharif to “feel free” to call him at “any time even before 20th January that is before I assume my office.” 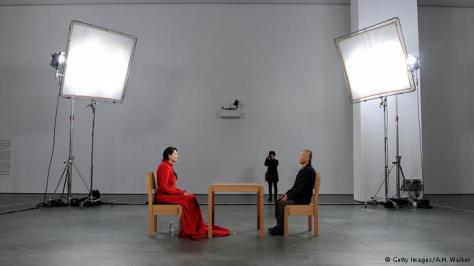 ‘The art of sitting still – Those who thought Abramovic had already broken all the rules of performance art were soon surprised. During “The Artist Is Present,” a retrospective in her honor at the Museum of Modern Art in New York, Abramovic took the title literally. For 75 days, seven hours a day, she sat on a wooden stool, neither eating nor using the restroom during that time. This was only possible by following a strict diet.An empty chair was set up across from her so that visitors could take a seat and observe the art icon. Stars like Sharon Stone, Tilda Swinton, Björk and Lady Gaga made use of the chair and participated in Abramovic’s performance.Even today, her works continue to be intense, but are characterized less by violence and more by asceticism and recollection. That’s what her “Abramovic Method” is based on – a mix of various esoteric and eastern relaxation and meditation exercises. She says she aims to communicate the techniques that she employs during her strenuous performances. Abramovic sat for days in MoMA for “The Artist is Present” in 2010Her critics say Abramovic reduces herself to a society shaman. Her crowdfunding project for the Marina Abramovic Institute was scoffed at and the building, designed by Rem Koolhaas, remains unfinished.’I’ve decided to be happy’Why does the artist want to bury three Marinas? Each one stands for a different part of her, she says: courage, spirituality and nonsense. She used to feel ashamed for these parts, but now accepts herself as she is, which is why she doesn’t have a problem with turning 70.”You need night to understand yourself. Getting older means getting wiser,” Abramovic told DW. “Seventy is a big number. You know that you’re going to the last part of your life and that you have to concentrate on the most important things. And I’ve decided to be happy.” 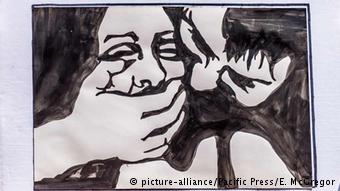 What the numbers sayAccording to the study, 27 percent of EU citizens – more than one in four – polled in the survey feel that “sexual intercourse without consent can be justifiable.” This means, women should not complain about sex without their consent if they happen to find themselves in certain situations, including being drunk or being on drugs, voluntarily going home with someone, wearing provocative or sexy clothes or not clearly saying no or not fighting back. The Eurobarometer poll shows women are more likely to be targets of gender-based violence compared to menIn 16 member states, respondents said being drunk or using drugs justified sexual intercourse without consent. The numbers were the highest in Romania (30 percent), Hungary (24 percent) and Bulgaria (21 percent). In Romania, over a quarter of respondents said rape was justified if a woman voluntarily decided to go home with someone. Only 3 percent of the poll participants in Spain and Sweden thought this way.For Germany, the figure was 7 percent, while 14 percent thought that sex without consent could be justified if the victim did not clearly say no or didn’t fight back. Altogether, in Spain and Sweden, only 6 percent of the respondents thought sexual intercourse without consent was justified. Some 55 percent of Romanians agreed that at least one situation justified sex without the partner’s approval, a view shared by 27 percent of German, 28 percent of Italian and 31 percent of French respondents.Differing attitudesEurope’s 27 percent figure is not very surprising, considering the differences between attitudes in Western and Eastern European nations. According to Kanchana Lanzet, gender advisor and former head of the UN Women’s national committee in Germany, “It is my observation that in Western Europe – I have also experienced this – children are brought up differently. Things are open here. The media also talks against violence against women and about responsible sex and they also say sexual intercourse should take place between two adults with their consent.” 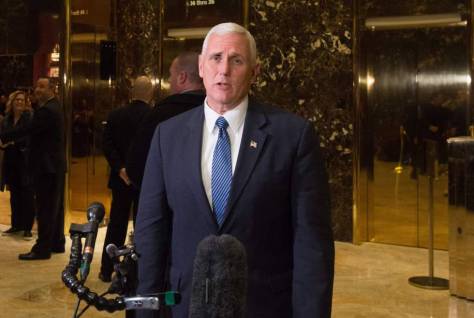 The state of Indiana also plans to give economic incentives to Carrier as part of the deal to stay, according to local officials. Translation: Indiana, where Pence is still governor, is bribing Carrier to keep factory open by making all Indiana tax payers co-conspirators and the ones who will pay by giving money to Carrier and taking away money from paving roads, addressing HIV explosion in SouthEastern Indiana. Just to they can look good. 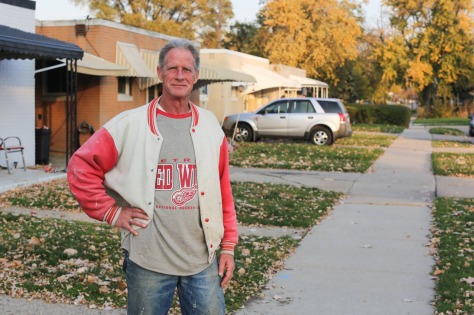 “I grew up in the suburbs. I used to think that I could write a prescription for a poor man: ‘Get a job, save your money, pull yourself up by the bootstraps.’ I don’t believe that anymore. I was ignorant to the experiences of poor people. I’d invite anyone to come and meet the people who live in this neighborhood. Right now we are surrounded by working poor people. These are the people who sell your tools at Sears, and fix your roofs, and take care of your parents, and mow your lawns, and serve your meals. They’re not getting a living wage. There’s no money left to save. There’s nothing left if they get sick. Nothing left if their car breaks down. And God forbid they make a mistake, because there’s nothing left to pay fines or fees. When you’re down here, the system will continue to kick dirt in your face. You can’t pull yourself up when there’s nothing to grab onto. We aren’t paying our brothers and sisters enough to live. We want them to serve us, but we aren’t serving them.” 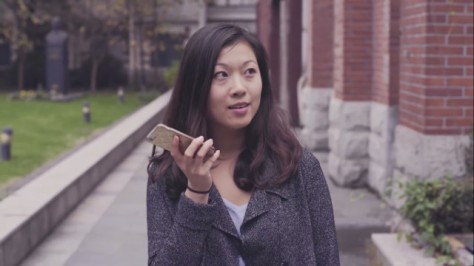 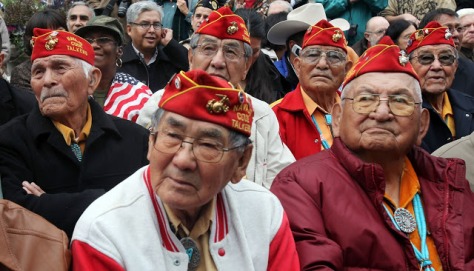 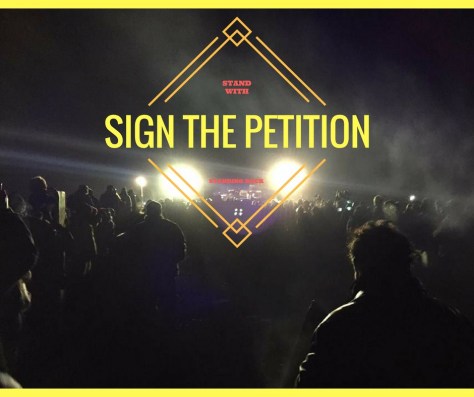 PETITION: We Stand with Standing Rock: Stop DAPL! End the Violence! Honor Treaties!Militarized police (from Indiana, North and South Dakota, Minnesota, Nebraska and Wyoming) have taken a side and are organizing with DAPL and the National Guard to suppress Indigenous Peoples and their supporters, initiating unwarranted violent force against nonviolent water and land protectors in a chilling reenactment of a deeply buried history. Please sign the following petition to make it stop!We the undersigned support the many Native Nations gathered at Standing Rock to protect the Missouri River from illegal and unsafe pipeline construction in North Dakota.Act now, to intervene on their behalf to respect the Fort Laramie treaties of 1851 and 1868 affirming the rights of Indians to this land should be honored at long last, shut down the Dakota Access Pipeline, and end the organized brutality against the prayerful Standing Rock Sioux Tribe and their peaceful supporters.