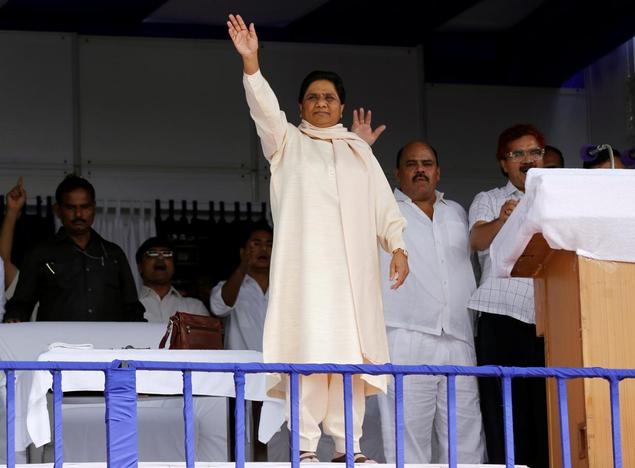 Mayawati is calling on minority groups to reject the BJP, whose roots are in Hindu nationalism that many Dalits and Muslims see as a threat to their way of life.”Communal forces are becoming stronger,” she told 300,000 cheering supporters, as she kicked off her election campaign at a sprawling park she built to honor lower caste Indians, previously known as “untouchables”, in Uttar Pradesh’s capital Lucknow.”I want to ask the prime minister … where are the jobs for Dalit boys and girls?” she said. “He will never understand the problems faced by us.”

These are the three words that jump to my head, the moment I spot a neighborhood such as, Nabi Samuel, Khalayleh; and going to the other extreme of geography; Jahaleen Bedouin clans.

Of course, to most, these names do not mean anything, and actually they never meant anything to me…and sadly speaking there must be tens if not hundreds of such neighborhoods around the country.

The three locations I mentioned are in Jerusalem if Maaleh Adomim and its Gush were part of Jerusalem so would be the Jahaleen. In addition, if Modiin, Givat Zeev, Giv’on are in Jerusalem then Khalayleh and Nabi Samuel are.

As usual between what is and what is there, is a line of shrewd vicious reality that even geographical separation does not necessarily show.

I would rest my case on this occasion on al Khalayleh, since Nabi Samuel, which is very close, might…

http://www.telegraph.co.uk/news/2016/10/22/unyielding-russia-and-us-heading-for-a-new-cold-war/?WT.mc_id=tmgliveapp_iosshare_AmytTHsmFf1c So now the Independent has joined forces with Putin to huff and puff to make people believe he has even a quarter of the power of those before him?