caught on tape making shockingly crude comments about a married woman he tried to seduce, Donald Trump declared in a midnight video, “I was wrong and I apologize.”Yet he claimed the astonishing revelations amounted to “nothing more than a distraction” and argued his words were not nearly as egregious as former President Bill Clinton’s marital affairs.

Source: Trump says ‘I was wrong and I apologize,’ then calls uproar over lewd comments a distraction – Chicago Tribune

Looking very much like a man with a gun pointed at him just off-camera, Donald Trump released a video apologizing, in a way, for the comments he made about being able to grab women “by the pussy,” thanks to his fame.Emphasizing that he’s been a vulgar pickup artist for at least a decade—we know, Donald—Trump briefly apologized before pointing out other people whose names rhyme with Ill Linton have done much worse.“Anyone who knows me knows these words don’t reflect who I am,” Trump said. “I said it, I was wrong, and I apologize.”

All 13 of the women on the Women’s Boat to Gaza are currently in the process of deportation after being captured by Israeli Defense Forces (IDF) and detained in a prison at Ashdod.Wendy Goldsmith, a member of the land team working to secure the release of the women stated that, “the deportation was much quicker than in prior flotillas.While we had a great legal team assisting the women, we suspect that the reason for the quick release was because of all the negative media attention Israel has been receiving for its illegal interception.”According to early reports from the women released, the Zaytouna-Oliva was surrounded by two warships along with four to five smaller naval boats.

This election year is so much bigger than this election. It is about what kind of society we want to live in, and what kind of human beings we want to be.To be sure, the responsibility to vote, voice, and act won’t end after Nov. 8, but let’s get some hard practice in now. After all, think about what low voter turnout might actually get us? In the words of poet-activist Audre Lorde: “Your silence will not protect you.” Indeed, it just may cause us inexorable harm.

Source: Your silence will not protect you from Donald Trump – voting is imperative: Rhonda Y. Williams (Opinion) | cleveland.com

One of the many wonderful things America’s #1 Ambulatory Shitstain Donald Trump did before he attempted to destroy Planet Earth was get involved in the Central Park 5 case. Back in 1989, Trump took out ads condemning the five teenagers who were (wrongfully) convicted of attacking a jogger in the park, calling for the reinstatement of the death penalty. All five men have since been exonerated by DNA evidence and received a collective $41 million settlement from the city—but Trump has no time for scientific proof, and he still says they’re guilty.In a statement to CNN this week, Trump claimed the DNA evidence didn’t prove anything, and the men are still guilty. “They admitted they were guilty,” he said. “The police doing the original investigation say they were guilty. The fact that that case was settled with so much evidence against them is outrageous. And the woman, so badly injured, will never be the same.”Antron McCray, Raymond Santana, Yusef Salaam, Kevin Richardson, and Korey Wise spent years in prison for the rape and near fatal assault of Trisha Melli. But in 2002, convicted rapist and murderer Matias Reyes confessed to the crime, and his DNA matched the DNA found at the crime scene. Then-Manhattan DA Robert Morgenthau had the five men’s convictions vacated, and they received their settlement in 2014—a settlement which Trump, then just a bigoted reality-TV idiot instead of a bigoted presidential candidate idiot, called “politics at its lowest and worst form,” in a Daily News op-ed. “These young men do not exactly have the pasts of angels,” Trump opined, in his now-familiar racially loaded way.Trump shows a blatant disregard for our country’s legal process, just as he shows a blatant disregard for our political process, tax system, Constitutional rights, and hair sensibilities. These men wasted years behind bars for a crime our courts have since asserted they did not commit. 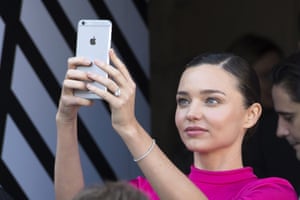 Most of the selfies posted, however, were simply visual records of everyday life, shared for the straightforward enjoyment of the self-and-subject and their friends, family and followers.

Source: Taking the self out of selfie – most pictures not about vanity, says study | Media | The Guardian

TGIF, EVERYONE. Just getting around to seeing this speech. DAMN <iframe width=”640″ height=”390″ src=”https://www.youtube.com/embed/P4HxE-TaYOU?version=3

I suppose you’ve seen the comments made by Donald Trump saying he believes the Central Park Five are still guilty and have gotten away with a heinous crime. After having spent so much time with them making your 2012 documentary, The Central Park Five, how do you respond to that? It’s just so patently untrue — and he knows it’s untrue. This is out and out racism. This is a man who finds it impossible to apologize and so he needs to double-down on what we know is untrue. We know this: They were exonerated by a court of law for the crime they served full sentences for. The reason they served the full sentences is because they refused to take a plea bargain and they refused at parole hearings to admit their guilt because they were innocent. They were proved innocent by DNA evidence and the judge vacated their convictions. Several years after that, the City of New York settled with them for time that no amount of money could possibly repay them for. In In his statement, Trump says the Central Park Five “admitted they were guilty” back in 1989.The original thing that they “admitted it” is so specious that it barely warrants a response. They had coerced confessions. They were subjected to questioning by seasoned detectives. These were two 14-year-olds, two 15-year-olds and one developmentally challenged 16-year-old. They were interrogated for up to 30 hours, without food, water or parents. They were lied to and told that if they implicated someone else they would be able to go home. When they finally did, at their parents’ urging, they not only did not go home, they went to jail for between seven and 13 years. And in fact every single one of their “confessions” has the absence of the sixth person — whose DNA was the only DNA found at the scene. As the eldest, Korey Wise, sat in jail at a maximum security prison, this sociopathic murderer named Matias Reyes, who because of police incompetence went on to murder other people that year — a woman and her unborn child, as well as rape other women — he confessed. His DNA matched the DNA, 13 years old, that they had been sitting on unable to match with anyone else. And none of the boys statements suggested that there was anyone else at the scene of the crime. 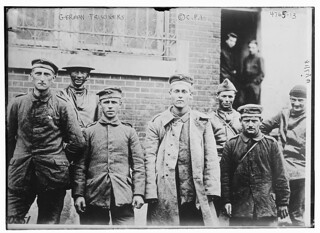 Source: Interlogix Recalls to Inspect Personal Panic Devices Due to Failure to Operate in an Emergency | CPSC.gov