I come before you today, Hillary haters, as one of your standard-bearers. I find her utterly loathsome. I literally wrote a book on her failures — you can buy it for the low, low price of 99 cents on Amazon dot com. I started the first anti-Hillary super PAC of the presidential cycle back in 2013. My bona fides are real.But here is the painful reality. As truly awful as Hillary Clinton is, Donald Trump is far, FAR worse. It is not even close. Trump is a clear and present danger to our republic. And no matter how deep and abiding your mistrust is of Hillary, you cannot pull the lever for Trump. Let a charter member of the vast, right-wing anti-Clinton conspiracy convince you.

Source: Six Reasons Conservatives Should Not Vote for Donald Trump

The Wall Street Journal’s Pulitzer-Prize-winning Dorothy Rabinowitz is clearly no sellout, concluding a Sept. 29 column endorsing Clinton this way, “Her election alone is what stands between the American nation and the reign of the most unstable, proudly uninformed, psychologically unfit president ever to enter the White House.”  Trump only claims to be a Republican. He might be a much better fit with the National Socialist German Workers’ Party.  Parts of the Nazi platform were vintage Trump: Only those born here count as real citizens; purge the country of foreigners; eliminate all press freedoms; annul treaties; and treat “positive Christianity” as the only real religion.  Trump is no Hitler. But there are enough similarities in their rise to prominence to frighten us all.Those similarities were brilliantly noted by the esteemed and feared New York Times book critic Michiko Kakutani, in a review of a new book titled, “Hitler: Ascent 1889-1939.”  With nary a mention of Trump’s name, Kakutani told how the book described Hitler as an “egomaniac” who practiced “a doctrine of hatred.”  Hitler, she wrote, “rose to power through demagoguery, showmanship and nativist appeals to the masses.”    He was, she added, a man whose “manic speeches and penchant for taking all-or-nothing risks raised questions about his capacity for self-control.”  Two peas in a pod.    Trump’s the one without the armband.

Harold T. Martin III, described by his ex-wife as a hoarder, broke rules by taking home top-secret material, officials said, but they struggled to connect him to leaked documents.

Source: N.S.A. Suspect Is a Hoarder. But a Leaker? Investigators Aren’t Sure. – The New York Times

“Governor Pence’s flagrant attempts to mislead voters on his running mate’s positions aren’t fooling anyone,” said Zara Rahim, a spokeswoman for the Clinton campaign. “Not only has Trump proposed an unconstitutional immigration ban on an entire religion, but he’s suggested creating a database that tracks Muslims in this country.”She added, “Pence has not disavowed anything, he’s just lied to the American people once again.”Nihad Awad, the executive director of the Council on American-Islamic Relations, said that Mr. Trump could not simply turn the page on the Muslim ban.“Whatever the Trump campaign claims is the current version of its Muslim ban, the original absolutist language of a ‘total and complete shutdown of Muslims entering the United States’ — along with other bigoted statements — reflect a systematic and toxic use of Islamophobia that has had a tremendously harmful impact on the lives of ordinary American Muslims and on the unity of our nation,” Mr. Awad said.Despite efforts to quietly backtrack on the proposal, the Trump campaign has continued to face questions about the ban because the news release from last December announcing the proposal has not been removed from Mr. Trump’s website.“Donald J. Trump is calling for a total and complete shutdown of Muslims entering the United States until our country’s representatives can figure out what is going on,” the release said.

Four taps of the microphone were all Michelle Obama needed to take down Donald J. Trump.“Hillary Clinton is tough,” Mrs. Obama, the first lady, told a crowd of several thousand in Charlotte, N.C., on Tuesday. “See,” she continued, “I’ve watched her when she gets knocked down — she doesn’t complain. She doesn’t cry foul.”Tap, tap, tap, tap.It took a second for the audience to catch on: Mrs. Obama was mocking Mr. Trump’s complaint that a faulty microphone had hindered his performance in his first presidential debate with Mrs. Clinton. But as Mrs. Obama continued — “No, she gets right back up, comes back stronger” — the mostly young and heavily African-American crowd let out a deafening howl.They called her “the closer” during Barack Obama’s 2008 campaign, like a go-to relief pitcher used sparingly but with devastating effect. Mrs. Obama preferred spending time with her daughters over attending political rallies. But when she was unleashed before a pivotal caucus or primary, her story of growing up on the South Side of Chicago and falling in love with a young community organizer had an unmatched, almost magical power to turn out voters, campaign officials discovered.Eight years later, Mrs. Obama is playing a similar role for the woman whom she helped her husband defeat in that race.

Donald Trump only switched his abortion stance while running for president and gone so far as to say that women who seek abortions should face “some form of punishment.” He later recanted this statement, but last month’s letter and Pence’s language are a testament to how far the candidates are willing to go to deny women access to safe and legal reproductive health care in the name of growing a conservative base. What’s more, Trump’s letter was released via the Susan B. Anthony List, a group that seeks to make abortion illegal. Trump has dangerously aligned his campaign with SBA list President Marjorie Dannenfelser, an anti-choice activist whom, according to Dr. Gunter’s findings, “has stated that contraception and family planning are the cause of abortion.”Legislation like what Trump proposes is dangerous because it denies the facts of reproductive health care as it relates to American women and persecutes against those with limited financial resources.It’s worth remembering that one can be pro-choice while still having compassion for the sanctity of life. I didn’t know what it felt like to be pregnant until I was, and I quickly realized that legal abortion care is an absolute necessity for all women, everywhere. What grows inside of me is a responsibility, and for reasons that should never need to be public, some woman cannot withstand this responsibility. I can love the life that grows inside of me yet understand, maybe now more than ever, why women must have a choice.

Source: I Didn’t Realize How I Felt About Abortion Until I Chose to Get Pregnant | Dame Magazine 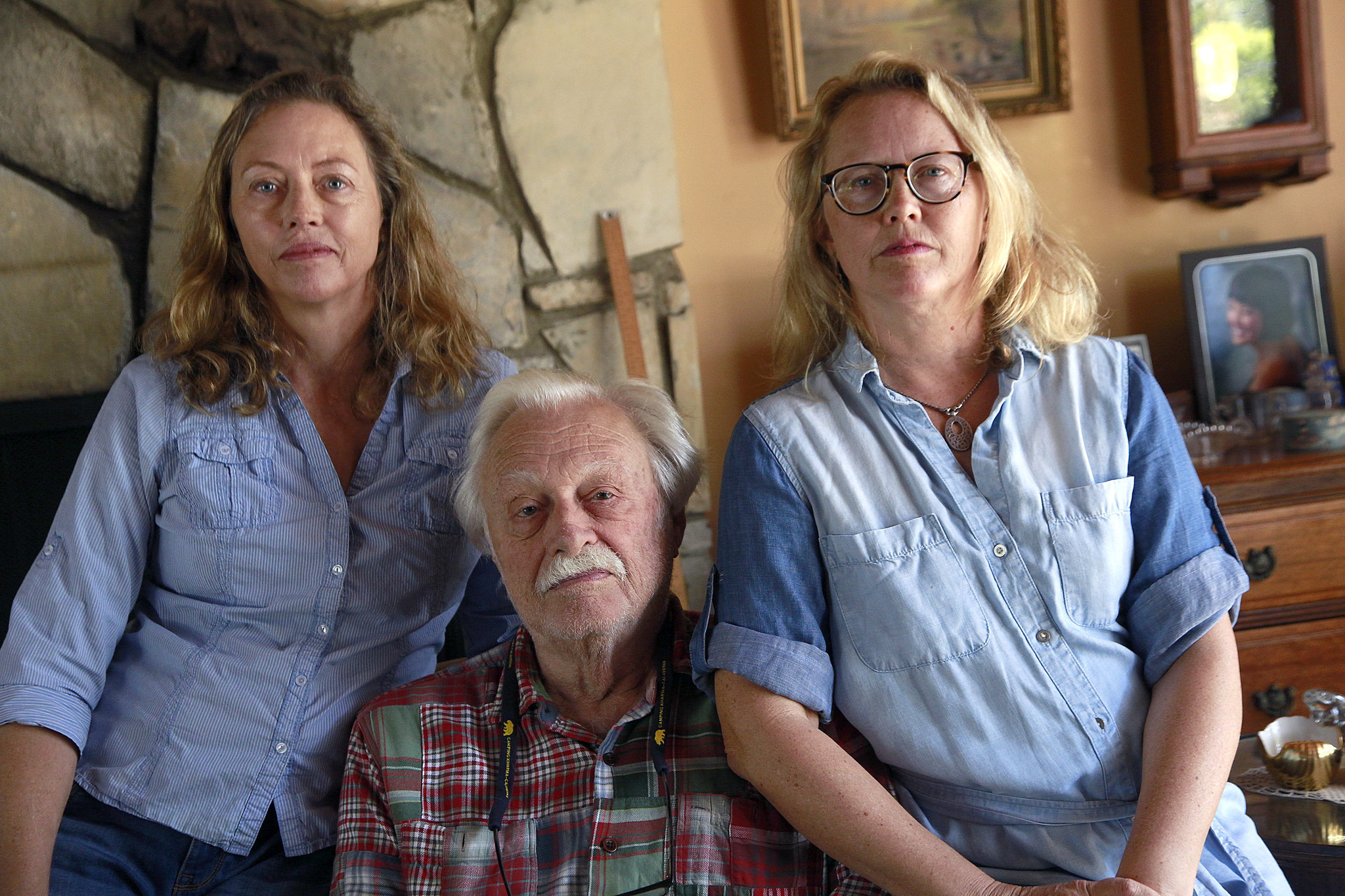 Many thousands of Californians are dying every year from infections they caught while in hospitals. But you’d never know that from their death certificates.

Source: No one knows how many patients are dying from superbug infections in California hospitals – LA Times

An earlier version of this open letter was initially addressed to several of the headline speakers, it has since been adapted since many have now cancelled their plans to attend.

We, the undersigned, want all planned speakers and delegates to withdraw their attendance from Stand Up to Racism’s conference on 8 October. We ask because the speakers will share the bill with Weyman Bennett, Stand Up To Racism’s co-convenor and a central committee member of the Socialist Workers’ Party.

This must include refusing to lend any support to the Socialist Workers’ Party (SWP) either directly, or indirectly through its front organisations including “Unite Against Fascism”, “Unite the Resistance”, “Stand up to UKIP” and “Stand Up To Racism”.

We call on people to do this because the SWP’s well documented failing of two women members who accused the then central committee member of the SWP, known as