sealants aren’t just effective, but also cost-effective. When sealant programs are introduced in schools with children at higher risk for cavities, they can be cost-saving. Though prices vary, filling a cavity can cost about $100, while sealant application costs only about $30 to $40 per tooth.There are different types. Resin-based are the most common, but glass ionomer sealants are also widely applied. Though studies indicate that resin-based sealants last longer, clinical trials conclude that neither is more effective than the other in cavity reduction. Similarly, more recent studies have generally not found a cavity-reducing performance difference between materials.But some parents may be concerned that resin-based sealants contain derivatives of bisphenol A, which is thought to play a role in early-onset puberty, infertility and breast and prostate cancer.B.P.A., as it’s known, has been detected in patients’ saliva just after sealant treatment, though none has been detected a day later and never in their blood. To date there is no evidence that sealants lead to patient harm, while there is considerable evidence of benefits. The American Dental Association, citing analysis by the Department of Health and Human Services and the Food and Drug Administration, does not believe that B.P.A. exposure from sealants poses risks to patients. My colleague Aaron Carroll and I have recently written Upshot articles questioning the need for annual bitewing X-rays for some patients and the efficacy of other dental practices.But when your dentist offers sealants for your children, it’s not an upsell, but a deal you should accept.

Source: Defending Your Children’s Teeth (and Dentists): The Value of Sealants – The New York Times 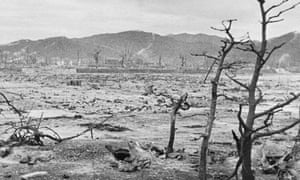 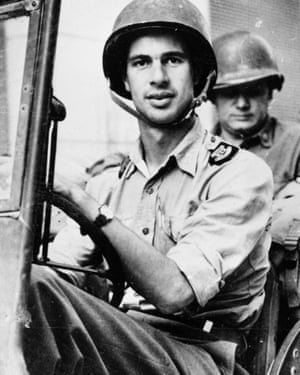 John Hersey’s Hiroshima stands at the head of this tradition. These 31,000 words of searing testimony were written and published just a year after the dropping of the first A-bomb on Japan in August 1945, a terrible act of war that killed 100,000 men, women and children and marked the beginning of a dark new chapter in human history.Hiroshima was the result of an inspired commission about an event of global significance from a renowned war correspondent by a magazine editor of genius. It was in the spring of 1946 that William Shawn, the celebrated managing editor of the New Yorker, and protege of its founder Harold Ross, invited his star reporter, John Hersey, to visit postwar Japan for an article about a country recovering from the shattering experience of the atomic bomb. The piece was intended to be a standard four-parter about Japan’s ruined cities and devastated lives nine months on from the country’s humiliating unconditional surrender.ADVERTISING Facebook Twitter Pinterest John Hersey driving a US army jeep in 1944. Photograph: APOn the Pacific sea voyage to Japan, however, Hersey chanced on a copy of Thornton Wilder’s novel The Bridge of San Luis Rey, the tale of five people who are crossing an Inca rope bridge in Peru when it collapses, for which Wilder had won a Pulitzer prize. Accordingly, Hersey decided to focus his narrative on the lives of a few chosen Hiroshima witnesses. As soon as he reached the ravaged city, he found six survivors of the bombing whose personal narratives captured the horror of the tragedy from the awful moment of the explosion. This gave Hersey his opening sentence, a unique point of view, and a narrative thread through a chaotic and overwhelming mass of material. In a style later developed and popularised by the “new journalism” of the 1960s, the opening of Hiroshima pitches the reader into the heart of the story, from the viewpoint of one of its victims: 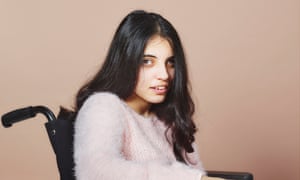 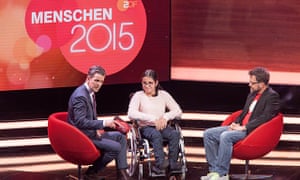 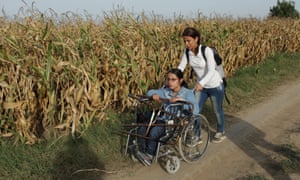 A year ago, Nujeen completed a 3,500-mile journey from Syria to Germany in a cumbersome steel-frame wheelchair, an Odyssean adventure that involved dodging masked Isis fighters, navigating perilous Mediterranean waters and fending off packs of wild dogs. Now the wheelchair is folded up on the veranda and she sits on a faded beige sofa in the living room of the flat she shares with two sisters and four nieces, struggling with a crumbly German biscuit.Looking at this teenager, with her thick black-and-red spectacles, I cannot help thinking of her as a Harry Potter figure, exiled on a Westphalian Privet Drive. There are even some Dursley-esque neighbours who, Nujeen says, “aren’t such big fans of refugees”.When I suggest the comparison, she shakes her head. She likes the town she has ended up in, and the fact no one knows her here. “Harry Potter is such a lifeless book, there’s too little emotion and too much display of power,” she says, adding a barb that has a special sting coming from someone with her backstory: “It makes every boy in the world think they are the chosen one.”Nujeen Mustafa was born on New Year’s Day 1999 in Manbij in northern Syria, the youngest of a Kurdish family of 11 in a mostly Arab town. Though Muslim, she says her family were never “obsessed” by religion: she and her sisters and cousins were the only girls who didn’t cover their heads in their local high school.Her pride in her cultural identity as a Kurd is fierce, however, and shaped her view on her country’s descent into civil war. As the population divided into supporters and opponents of Bashar al-Assad’s regime, “the Kurds had their own side as they couldn’t trust anyone”, as Nujeen puts it in the memoir she has co-written with Sunday Times journalist Christina Lamb, who also co-authored Malala Yousafzai’s autobiography.

Source: ‘I hope Merkel keeps us’: how Nujeen Mustafa travelled from Syria to Germany in a wheelchair | World news | The Guardian

The re-activation of case 173 and ongoing use of the Mubarak era Law 84 are part of a larger crackdown targeting not only human rights defenders, but also the media, trade unions, and peaceful protesters. Other measures of the case have included travel bans against 12 NGO members, including Eid and Bahgat, asset freeze requests against 13 NGO members, interrogation of 5 NGO heads in connection with the case, and the interrogation of 17 human rights defenders in connection with their human rights work. The ruling on 17 September in favor of the investigative judge’s asset freeze request indicates that the five-year-old investigation into the funding and registration of independent human rights groups could soon result in criminal charges. Under Egyptian law, prosecutors could charge human rights defenders for working without official registration or accepting foreign funding without government authorization. An amendment to the Penal Code passed in September 2014 by President Abdel Fattah al-Sisi provides for a sentence of up to life imprisonment, which equates to 25 years in prison in Egypt, for the latter charge. We firmly believe that the current push against Egyptian civil society is not only unconstitutional, but also fundamentally misguided. The work of civil society groups contributes to a healthy, vibrant political climate that allows for open and critical debate of important social issues where all Egyptian citizens can be freely heard.

If there’s anything that this blog has gotten people to think about me, it’s that I’m one of the staunchest advocates for Tripoli, one of my favorite Lebanese cities, and the capital of my mouhafazat. I know its streets all too well. I pride myself on being able to maneuver its shortcuts. I feel jubilant whenever I’m deep in conversation about it and can converse well in its history.

Tripoli also instills sadness in me when I see its current state, and the massive could-have-been that it is. I hope that future days are kinder on this city whose potential knows no bounds, which boasts some of Lebanon’s most impressive architectural and human feats, and whose imprint in our history as a country cannot be denied.

From its maarad, to its old souks, to its citadel, to the river running in its midst, to its restaurant, to its people. I’ve written about…