Lucila Robles was killed in her home by the explosion of a truck carrying airbag inflaters and propellant that crashed in front of the house. Credit The Eagle Pass News GramA woman was killed in her home and four other people were injured when a truck carrying Takata airbag parts and explosives crashed and detonated on a Texas road last week, the company and local authorities confirmed on Monday.The immense blast — the victim’s remains were not located for two days — highlighted the potency of the explosives used by Takata in its airbags as a propellent to activate its bags in a car crash. It also pointed to the risks associated with Takata’s transport of the explosives across the country from a propellant factory in Washington State to Mexico.Takata’s airbags, and the explosive material used to make them, are at the center of the largest auto safety recall in history. Takata airbags installed in automobiles can explode violently when activated, and have been linked to the deaths of at least 14 drivers as well as to the injuries of over 100 people. Fourteen automakers have recalled more than 64 million inflaters over the defect.The airbags use a propellant based on ammonium nitrate, which has come under scrutiny for its tendency to break down over time and combust violently when triggered.

“The ministry’s policy, led by the minister of culture, states that festivals and events which are funded by public money will honor the general public that attends the events, which includes all the various sectors and communities,” Sivan Carmon, a ministry spokeswoman, said in a statement.The ministry intervened after a concert in Ashdod, south of Tel Aviv, on Friday took a surprise turn. Onstage was Hanna Goor, a singer known for her appearance on “A Star Is Born,” a long-running Israeli reality television program featuring new vocalists.As she performed, Ms. Goor was wearing an unbuttoned shirt over a bikini top and shorts when, she said, a man from the production company contracted by the state approached her and told her to cover up. She said she had refused, only to have the man threaten to kick her off the stage. She sang another song anyway, then noticed the production company official return with a security officer, at which point she left the stage to avoid a confrontation.Ms. Carmon, the culture ministry spokeswoman, said by telephone on Sunday that Ms. Goor’s attire was not appropriate for performing in front of the general public. Ms. Carmon denied that the singer had been forced offstage, but said that the program had been running late and that Ms. Goor’s time had been cut short by maybe one song.In an interview on Sunday, Ms. Goor said she was only trying to stay cool in the late summer heat, and was dressed no different from many watching from the beach.“It’s Friday noon,” she said. “Everything is so sunny, so hot, I was only thinking about how tolerable it would be onstage.”She said she was stunned by the objection to her clothing. “They made it such a big deal, and now there are new regulations they want to put on and force artists to be more modest,” she said. “It’s just not right. I’m against it, and I will speak my mind about it as much as I can. It’s very important for me to sing the way I want to sing and get up on stage dressed how I want to dress.”

This list includes current and former members of Congress, governors and high-level officials from Republican administrations. People shaded in blue have said they will vote for Hillary Clinton.

Vice-Chancellor Sigmar Gabriel said Sunday that negotiations on a massive trade deal between the European Union and the United States were effectively dead in the water.Original enclosures:

Police in Mecklenburg-Western Pomerania have opened an investigation after the 1 metre-high brick work was found in the doorway of the mosque, which is currently under construction, on the morning of August 26th, a police report states.According to broadcaster NDR, police are investigating two charges – one of property damage, the other of incitement of hatred.One of the flyers seen on a Facebook picture posted by the Parchim Refugee Network reads: “You call yourselves believers. We call you invaders.”Another is an alleged quote from Turkish President Recep Tayyip Erdogan, which reads: “The mosques are our barracks, the minarets our bayonets, the believers our soldiers.”

In the video, the poor animal, which is not even two years old, is stabbed with banderillas. It stumbles to the ground over and over, and is seen bleeding profusely until its death. The lack of moral fiber of the people who continue to applaud these anachronistic traditions, which are based on the exhibition of an intolerable level of sadism, is disturbing.There are more than 300 Spanish municipalities that hold becerradas each summer, but there are other cruel traditions that still pervade – the correbous, for example, which involves attaching sticks with flaming wax or fireworks to a bull’s horns.The footage from the fiestas in Valmojado has only served to put an old question back on the table: do we want to continue to be a place where people can, albeit for just a few hours, bring out the worst of what they carry inside themselves? The most upsetting part of the video in which the calf is being tortured is hearing the laughter of a group of children who are watching.How long will this go on for? 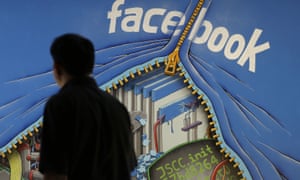 Zuckerberg insists that Facebook is a technology company and not a media company, building tools instead of creating content. However, as Facebook’s algorithm – which, after all, is built and maintained by human beings – decides which content people see in their news feeds, it is arguably irresponsible for the company to allow misinformation to spread unfettered when it is now so influential in the daily distribution of news.Advertisement“Machines think in black and white,” said Mandy Jenkins, head of news at Storyful, which specialises in verifying and distributing social news. “I don’t think verification can be automated yet. What something means to be real and verified is not black and white.“A judgement call has to happen. It’s about asking questions and seeing how a story adds up against other facts we know. What is the background of the source or site? Who is the person who wrote this story? Where does it come from? These are too many questions for a robot to answer on its own.”Trained humans with fact-checking and journalism skills, such as those fired from the company last Friday, aren’t 100% foolproof, but they can intervene to keep algorithmic wildfire at bay. Perhaps it’s time for Facebook to rehire them?

Source: In firing human editors, Facebook has lost the fight against fake news | Technology | The Guardian 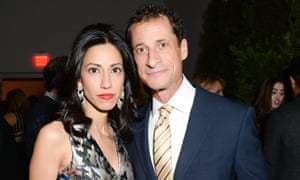 Blame Weiner for all this, mock him, or feel sorry for him, but don’t blame Huma Abedin. She did nothing wrong, and any attempts to blame her here and insinuate Hillary Clinton into the equation are worse than purely political: they are blatantly sexist.A man who cheats on his wife does not reflect a shortcoming in his spouse – or in the woman who would hire her. If anything, the fact that these women have been able to withstand so much personal hardship in the face of unyielding political attacks is a testament to their character. We should respect them more for what they’ve been able to endure despite the sexually dysfunctional men in their lives, and despite whether they ultimately chose to stay with their husband, or not.

Source: Anthony Weiner’s actions have nothing to do with Hillary Clinton | Lucia Graves | Opinion | The Guardian

The CDC Foundation has announced the launch of an initiative in Puerto Rico to give women the option of delaying or avoiding pregnancy during the Zika outbreak in that country.The Zika Contraception Access Network (Z-CAN) will provide women with information, counseling, and a full range of same-day contraceptive options free of charge. According to the U.S. Centers for Disease Control and Prevention, an estimated 65 percent of all pregnancies in Puerto Rico are unintended, and approximately one hundred and thirty-eight thousand women of childbearing age are in need of effective contraception and counseling.Initial funding for Z-CAN has been provided by the Bill & Melinda Gates Foundation, the Pfizer Foundation, and the American College of Obstetricians and Gynecologists, while pharmaceutical companies have pledged large-scale product donations. To date, the CDC Foundation has trained hundreds of physicians and staff and secured funding to provide contraception, information, and counseling to fourteen thousand women, but an additional $18 million is needed to reach tens of thousands more women.