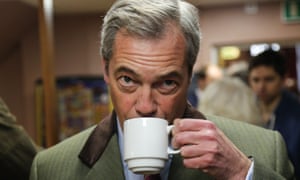 Nigel Farage, the anti-EU British politician and former Ukip leader, will appear with Donald Trump at a rally on Wednesday, a week after the US presidential candidate branded himself “Mr Brexit” and tapped one of the leading American supporters of Brexit to run his campaign.The Trump campaign confirmed that Farage would appear with Trump at an evening rally in Jackson, Mississippi, to tell US voters “the Brexit story” of how he triumphed over the electoral odds. Farage will not endorse Trump.Trump hopes to ride to victory a populist wave of nationalist enthusiasm comparable to the movement behind Britain’s June vote to leave the European Union. As leader at the time of Ukip, Farage was a key promoter of the Brexit.