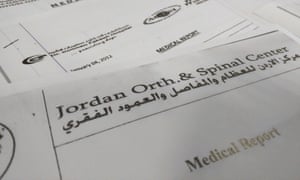 A partially disabled Saudi woman who’d secretly gone into debt to support a sick relative said she was devastated. She’d kept her plight from members of her own family. “This is a disaster,” she said in a phone call. “What if my brothers, neighbors, people I know or even don’t know have seen it? What is the use of publishing my story?”Paul Dietrich, a transparency activist, told the AP that a partial scan of the Saudi cables alone turned up more than 500 passport, identity, academic or employment files.Lisa Lynch, who teaches media and communications at Drew University and has followed WikiLeaks for years, said Assange may not have had the staff or the resources to properly vet what he published. Or maybe he felt that the urgency of his mission trumped privacy concerns. “For him the ends justify the means,” she said.

Church leaders in the Germany city of Münster were shocked after police entered a monastery on Tuesday to forcefully remove a migrant seeking church asylum.Police said there was an altercation when they tried to remove the 31-year-old Ghanaian, who bit a police officer when being handcuffed.The police and other local officials said they were merely acting on the orders of the Federal Ministry of Migration and Refugees (BAMF) to deport the man to Hungary.The Ghanaian first registered for asylum in the European Union in Hungary. Under European Union rules, the member state where an asylum seeker is first registered is responsible for processing the application.Church asylum is a tradition in Germany whereby refugees or migrants without legal residence status can be temporarily hosted by parishes. The goal is to prevent someone in hardship or in potential danger from facing the threat of immediate deportation so that their case can be reviewed again.

When the pop singer Natalia Lafourcade stepped onto the stage of National Auditorium here last fall, it was a high point of a career that began more than 10 years ago, when she performed in grunge-inspired attire.But for this concert, Ms. Lafourcade eschewed the ripped jeans. Instead, she wore pants from a Mexican designer and a crown of red roses, paying homage to the artist Frida Kahlo. Halfway through the show, she was joined by a band playing jarocho, a style of folk music from Veracruz.“It was time to connect back with my origins,” said Ms. Lafourcade, 32. “I wanted to infuse my music with Mexican character.”In a country that is struggling with pressing social, economic and political challenges yet possesses a rich cultural heritage, many emerging artists and trendsetters no longer feel compelled to look abroad for inspiration.

Source: In Arts and Culture, a ‘New’ Mexico Embraces Its Roots – The New York Times

The images tell a heartbreaking story: Zika’s calamitous attack on the brains of babies — as seen from the inside.With a macabre catalog of brain scans and ultrasound pictures, a new study details the devastation done to 45 Brazilian babies whose mothers were infected with Zika during pregnancy. The study, published Tuesday in the journal Radiology, is the most comprehensive collection of such images so far, and it reveals a virus that can launch assaults beyond microcephaly, the condition of unusually small heads that has become the sinister signature of Zika.Most of the babies in the study were born with microcephaly, but many of them also suffered other impairments, including damage to important parts of the brain: the corpus callosum, which connects the two hemispheres of the brain; the cerebellum, which plays a significant role in movement, balance and speech; the basal ganglia, which are involved in thinking and emotion.

She compared him to Hitler, likened his campaign to a “racist” version of “Fun with Dick and Jane” and even said he evoked the murderous child star in “The Bad Seed.”“I just think he’s” an idiot, Cher said of Donald J. Trump, adding a decidedly unprintable modifier.The crowd in Provincetown, Mass., one of the country’s gay capitals, roared its approval at Cher’s succinct and salty assessment. But the famed singer and actress was not just riffing between songs at a concert: She was introducing Hillary Clinton at a fund-raiser for her presidential campaign.Cher did more than just blister Mr. Trump. She also offered a blunt appraisal of Mrs. Clinton’s strengths and weaknesses. “This chick is just tougher than Chinese algebra,” Cher said of the Democratic nominee.Prompting a mix of nervous laughter and applause, she added: “She is shy, and she’s not the greatest speaker in the world.”

Source: Raising Money for Clinton, Cher Sounds Off (and Not Just About Trump) – The New York Times

In an interview with Mandag Morgen, Krarup said that the EU is an existential threat to Denmark and is a much bigger problem than Russia. “For Denmark? Yes, without a doubt. Just Schengen alone is a catastrophe. It’s something that will make Denmark disappear from the world map if we don’t pull ourselves together. That national borders have been disbanded is a threat against Denmark’s existence,” she told the magazine.  She went on to that although she views Russian President Vladimir Putin as “an exponent of an despotic, non-democratic system that we don’t want in Denmark”, she would welcome his help in dismantling the EU in its current form.  “I don’t want an EU like the one we have time. I want the EU buried and replaced by a forum for free trade. That’s our policy. If Putin or Marine Le Pen [France’s most powerful Eurosceptic, ed.] can help with that, that’ just fine,” she told Mandag Morgen, adding she’d also except help from “Satan himself”. This isn’t the first time that Krarup, who is DF’s defence spokeswoman, has made controversial comments about Russia. Last month, she told broadcaster DR that Russia should be viewed as a “future ally” and accused the West of “a demonizing of Putin that has been grotesquely ridiculous and really stupid”.

A journalist for France 4, Mathilde Cusin, watched the incident unfold. “I felt like I was watching a pack of hounds attack a woman who was sitting down, in tears, with her young daughter,” she said.”Racist terms were used freely,” said Siam. “I was stunned. I heard things which no one had ever said to me, like ‘Go home!’ and ‘we’re Catholics here!'”While some people defended the 34-year-old, Siam says around three quarters of beachgoers took the side of the police and demanded that she remove the veil or leave the beach. In the end, she paid the €11 fine, and has since contacted the Collectif Contre l’Islamophobie, a French organization which protects Muslims’ rights.Siam said the incident left her feeling “humiliated” and that she felt she was fined simply for being a Muslim.The mayor of Cannes, David Lisnard, has supported the police officers, arguing that they were within their rights to fine anyone considered to be wearing an “ostentatious” symbol of faith, and that he had “no reason to doubt their judgment,”, according to La Depeche newspaper.

Chancellor Angela Merkel told Ruhr Nachrichten newspaper on Tuesday that people with Turkish roots living in Germany should be loyal to the country.”We expect that people of Turkish origin who have been living in Germany for a long time should develop a high level of loyalty to our nation,” Merkel said.”Therefore we are trying to have open ears to hear their concerns and to understand them. And for this we are also keeping in close contact with immigrant associations.”Merkel’s talk of loyalty comes as the government is considering new measures to combat terrorism, including getting rid of dual citizenship. Members of Merkel’s conservative Christian Democratic Union party (CDU) have said that dual nationality poses a “huge obstacle to integration”.The Chancellor also commented on the current situation in Turkey where President Recep Tayyip Erdogan has been cracking down on suspected dissenters in the wake of a failed coup last month. She urged Germany’s Turkish community to remain calm despite the circumstances dividing the country.

Source: Merkel calls for ‘loyalty’ from Turkish-Germans – The Local 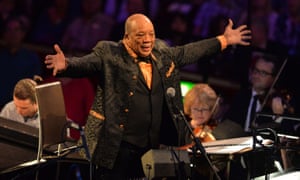 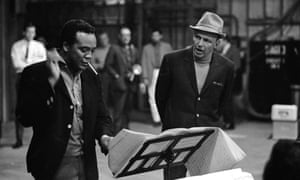 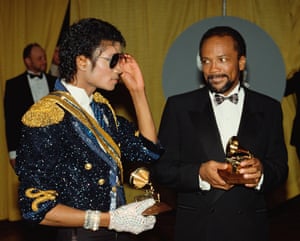 What does he make of the controversy surrounding recent deaths of African Americans at the hands of armed police? “Police and black kids? It’s been like that all the time. You should have seen it in the 30s, 40s and 50s. Racism? Are you kidding me? It was really bad then.” Jones got his start in the music business playing four dates a night with Ray Charles, gigging at whites-only country clubs and strip joints. When Jones was backing Frank Sinatra at the Sands casino in Las Vegas in 1964 as part of the Count Basie Orchestra, stars such as Harry Belafonte and Lena Horne were being served their meals in the kitchens, not the casinos, and had to stay at ’black’ hotels. Facebook Twitter Pinterest ‘Frank was tough, man’ … Jones with Sinatra in 1964. Photograph: John Dominis/Time & Life Pictures/Getty Image“When we came in, Frank said, ‘We’re not going to have that.’ I was told that the old man wanted to see me by the slot machines. Basie’s whole band was lined up there with 18 goombahs.” Jones flattens his nose so he looks like a mobster’s mugshot. “Frank put one with each guy, like a bodyguard. And he said, ‘If anyone so much as looks at them funny, I want you to break both of their legs.’ Frank was tough, man. But he got rid of racism there.”