Smallpox, caused by the variola virus, was long one of mankind’s most terrifying scourges. Called the “red plague” or the “speckled monster,” it killed almost a third of its victims, often through pneumonia or brain inflammation. Many others were left blind from corneal ulcerations or severely disfigured by pockmarks.It is thought to have emerged from a rodent virus more than 10,000 years ago, and signs of it are found in the mummy of Pharaoh Ramses V of Egypt. Some terrified ancient civilizations worshiped it as a deity.It carried off many European monarchs and buried the lines of succession to thrones from England to China. Because it killed 80 percent of the American Indians who caught it, it was a major factor in the European conquest of the New World.Three American presidents survived it: George Washington, Andrew Jackson and Abraham Lincoln. In the 20th century, before it was extinguished, it was blamed for at least 300 million deaths.The victory over smallpox proved the power of vaccine. Before the 18th century, some peoples, especially in Asia Minor and West Africa, inoculated themselves by piercing their skin with pus from victims or inhaling dried pox scabs. Although that sometimes produced a full-blown lethal infection, it killed much less often than epidemics did.In 1796, Dr. Edward Jenner, an English physician, infected a young boy with cowpox taken from a blister on a milkmaid’s hand. Cowpox, a mild disease, protected those who had it from smallpox, and the modern vaccine era began. The word “vaccine” come from the Latin for “cow.”

“ I don’t think it’s possible to be a medic in a conflict zone and not have something stay with you. Something that you didn’t have before you went. I have the hardest time forgetting this little girl. She was brought to our post one day. Two men ran toward us carrying a bundle of blankets. And they’re yelling in Pashtu. And at first all I can see are these bloody blankets, but then I peel them back, and there’s this little girl inside. She stepped on a landmine while playing soccer and she’s gone below the knee, gone below the elbow, gone below the hand. And everything is seething. And I can smell the flesh. And she’s screaming. But I’m trained to drown it out. I’m trained so well that I almost don’t hear the screaming. I focus on our interventions. Stop the bleeding. Apply tourniquets. Administer the IV. I overdosed her on morphine. I’ll never forget that. I just kept pushing until the screaming stopped. And then a helicopter came and got her. And she lived. And I was fine throughout the whole thing. I was just like a robot. I’d been trained for chaotic situations. But they don’t train you for the aftermath. They don’t train you for when the helicopter has lifted off, and suddenly everything is quiet.”

Both runners and those lifting weights vigorously should ingest carbohydrate-rich foods or drinks within an hour after a workout, said John L. Ivy, a professor of kinesiology at the University of Texas at Austin who has long studied sports nutrition. During that time, muscles are “primed” to slurp blood sugar out of the bloodstream, he said, replenishing lost fuel stores. If the food or drink also includes protein, the muscle priming is prolonged, Dr. Ivy has found, meaning you can store more fuel and be better prepared for your next workout. Protein also aids in rebuilding muscle fibers frayed during the workout, he said. 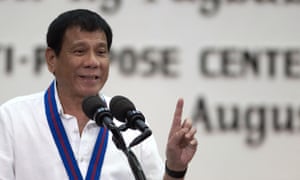 “You now, United Nations, if you can say one bad thing about me, I can give you 10 [about you]. I tell you, you are an inutile. Because if you are really true to your mandate, you could have stopped all these wars and killing.”Asked about the possible consequences of his comments, he said: “What is … repercussions? I don’t give a shit to them.”He said the UN should have acted according to protocol by sending someone such as a rapporteur to talk to him.“You do not just go out and give a shitting statement against a country,” he said. 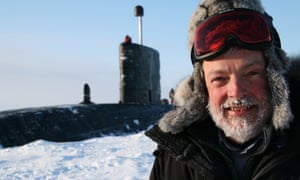 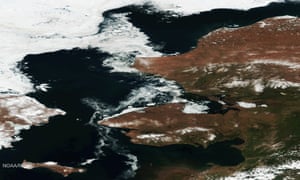 Why should we be concerned about an Arctic that is free of ice in summer? People tend to think of an ice-free Arctic in summer in terms of it merely being a symbol of global change. Things happen, they say. In fact, the impact will be profound and will effect the whole planet and its population. One key effect will be albedo feedback. Sea ice reflects about 50% of the solar radiation it receives back into space. By contrast, water reflects less than 10%. So if you replace ice with water, which is darker, much more solar heat will be absorbed by the ocean and the planet will heat up even more rapidly than it is doing at present.Sea ice also acts as an air-conditioning system. Winds coming over the sea to land masses such as Siberia and Greenland will no longer be cooled as they pass over ice and these places will be heated even further. These effects could add 50% to the impact of global warming that is produced by rising carbon emissions.

Source: ‘Next year or the year after, the Arctic will be free of ice’ | Environment | The Guardian