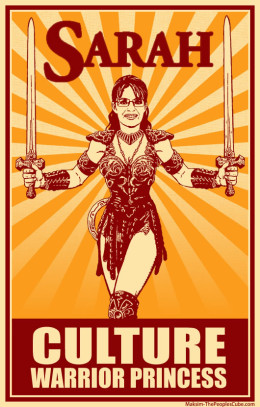 Consider the religious right. Are they a class movement? I argue no. They’re self-described cultural warriors, organized out of a born-again evangelical movement that rose as a response to sudden changes brought about by the baby-boom/free love/civil rights/anti-war/feminist uprising of the mid-last century by leaders who politicized what it meant to be “born-again,” exploiting the conservatism that dominated a cultural movement. During the height of religious right wing attacks against LGBTQ people and abortion, we were in a growing economy. The spoils of that growth may have been hoarded almost exclusively by the top ten percent, but the perception of good times was widespread throughout the middle class, and was demonstrated through the enthusiasm with which so many middle-classers responded to dot.com bubble investment opportunities that went bust. Never has the stock market been such a popular forum for the articulation of “hope” married to individualism than during the tech-bubble 90s.So let’s get this one straight so that class reductionists don’t steal the real opportunity presented by the fight against the right: class matters absolutely, but the rise of the right isn’t near as much about class as it is about culture, who gets to control it, and what that means about American cultural identity.I know opponents of “identitarianism” (the term for identity activists who they equate with neoliberals) will hate this, but those of us they’ve labeled “identitarians” include a not inconsiderable faction that understands that identity politics is, maybe, one of the most virulent expressions of anti-intellectualism out there. That’s right, we are able to hold a critique of identity politics while also having the sensitivity to recognize that you have to start with people where they’re at when you’re organizing a popular front for change. It’s an act of walking and chewing gum at the same time that I strongly recommend.Culture and identity are inseparable. We are cultural animals. This is what makes people distinct from other species. Identity is what holds cultures together. In order to win a more just world, we need to put political change in the context of cultural transformation and acknowledge this reality and not waste our effort trying to wish it away.

Source: The Rise Of The Right Isn’t All Just About Class | Race Files

A 25-year-old dancer was allegedly gangraped at gunpoint by four manager-rank employees of a renowned Ayurvedic drug company in a hotel room after an office party in Banthara, 20 km from Lucknow, early Sunday morning.The four accused, Satyavir Singh, Devraj Singh, Rashtriya Bhushan Bharti, and Paresh Tomar, all in their 30s and residents of Lucknow, were arrested and sent to jail after being produced in court. The manager of the hotel, Saurabh Sachchar, was also arrested for allowing a dance troupe to perform in the hotel in violation of norms.

Source: UP dancer gang-raped by 4 company executives in Lucknow – Times of India 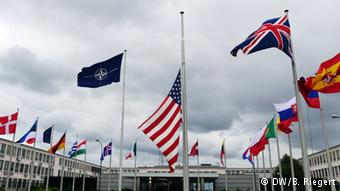 But a growing number of Republicans are declaring themselves unwilling to be part of a Trump government. Former Ambassador Volker says he and his counterparts with deep experience look at each other and say “I don’t want to [serve in a Trump administration], but I want YOU to do it” – he chuckles – “because we want sane people, good people who know policy, who know what they’re doing.”It’s unclear who might be left to ask. Last week, 50 more former officials went public with their opposition to Trump. In an open letter described as “unprecedented” for its big names and fervent views, a list of prominent Republicans who “served in senior national security and/or foreign policy positions in Republican Administrations from Richard Nixon to George W. Bush” laid out the reasons to stop Trump.The letter states the candidate “has little understanding of America’s vital national interests, its complex diplomatic challenges, its indispensable alliances, and the democratic values on which US foreign policy must be based. At the same time, he persistently compliments our adversaries and threatens our allies and friends. Unlike previous presidents who had limited experience in foreign affairs, Mr. Trump has shown no interest in educating himself.”Trump would be, they warn, the “most reckless president in American history.”The Trump campaign responded to the letter by thanking the group for “coming forward so everyone in this country knows who deserves the blame for making the world such a dangerous place.” 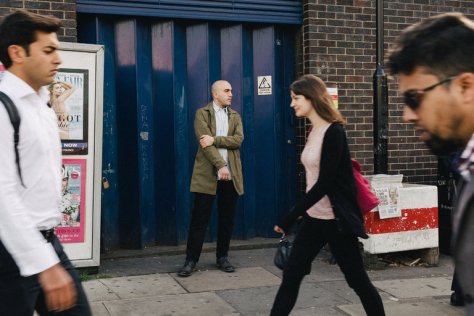 Until Britain voted to leave the European Union, Philip Levine never thought deeply about his Jewish heritage.But looking for a way to ensure that he could still work and live in Europe once Britain leaves the bloc, Mr. Levine, 35, who was born in Britain and lives in London, decided to do what some Jews, including his relatives, might consider unthinkable: apply for German citizenship.He did so by employing a provision of German law that has been on the books since 1949 but that has been little used in recent years. It allows anyone whom the Nazis stripped of their German citizenship “on political, racial or religious grounds” from Jan. 30, 1933, to May 8, 1945, and their descendants, to have their citizenship restored. Most of those who lost their citizenship during that period were Jews, though they also included other minorities and political opponents.He is not alone in turning to the German law after Britain’s decision to end its membership in the European Union, also known as Brexit. Since the vote in June, the German embassy in London said it had received at least 400 requests from Britons for information about German citizenship under a legal provision known as Article 116.

The sight of our happiness, achievements and success disrupt the entrenched dehumanization of black girls and women. The only thing more disconcerting than #BlackGirlJoy is #BlackGirlRage. It is no wonder that many are mad that Black women athletes are using their platform to speak truth to power.“I feel unsafe all the time. I had someone follow me home from practice and try to report me to police,” noted Ibtihaj Muhammad, a Black Muslim American women and the first Olympian to wear a hijab. “I’m very vocal about these things because I want people to know I’m not a novelty, I’m not special in any way, I’m a woman who wears hijab and these are my experiences.”Her comments sparked outrage on social media from the Trumpian corner of the nation, which described her comments as “shameful” and “insulting.”The collective voices of Simone, Gabby, Muhammad, and others deepen the power in showcasing talent, skill and dominance, along with one’s political voice. In that spirit of resistance, Manuel, Muhammad, countless women on the USA basketball team, are using their athletic talents and voices to make clear that Black Lives Matter, that Black humanity must be seen, and Black genius is everywhere. In doing so, these Black women are carrying on a proud tradition of Black women at the Olympics who have not been afraid to speak up about racism at a time when much of America wishes they would pretend that their nation’s original sin of slavery and its racist legacies didn’t exist, especially when the eyes and ears of the world are upon them. Their work is reminiscent of the iconic moment when gold-medalist sprinter Tommie Smith and bronze medalist John Carlos raised black-gloved fists during the American national anthem at the 1968 Olympics in Mexico City—a move that was heavily criticized at the time, but has now become a treasured moment in American sports and Civil Rights history.Once again, Black women are giving the world language about protest, freedom and humanity. Only this time—unlike in the Civil Rights and Black Power movements—their voices and views are front and center. As with Black Lives Matter, and protests from Ferguson to Baltimore, from New York to Los Angeles, it is young Black women, who are visibly organizing for justice and change.

Source: Here’s Why Simone Manuel Needed to Bring Up Race At the Olympics | Dame Magazine

20 Pigs Had Swine Flu At Cass County Fair August 15, 2016 Local Stories      There are no reported human illnesses, but the Van Buren/Cass District Health Department says 20 pigs at the Cass County Fair last week were infected with the H3N2 strain of the swine flu. The health department is working with Cass County Michigan State University Extension 4H, the Michigan Department of Health and Human Services and the Michigan Department of Agriculture and Rural Development to monitor the situation. Human infection with swine flu is most likely to happen when people are in close proximity to the infected animals, such as in pig barns and livestock exhibits housing pigs at fairs. The H3N2 strain is considered relatively mild for people.The Van Buren/Cass County Health Department has issued H3N2v Influenza Guidance for Healthcare Providers, along with a statement on the Cass county fair.

via Cats Gone Bad — The Last Of The Millenniums 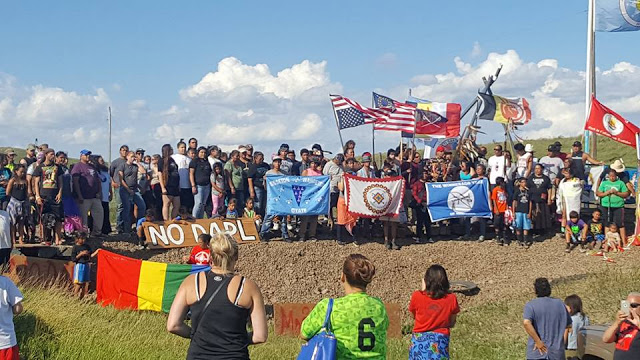