He apparently added: ‘Why are there no black swimmers? Because their physical features don’t suit the sport.’ Ciaralli also said that black people ‘may not have some of the necessities to be, let’s say, a field manager or a general manager’ and that they aren’t good swimmers because they ‘don’t have the buoyancy’. Mr Ciaralli has also apologised for his remarks, adding that they were not intended to reflect the official view of the Italian Gymnastics Federation. 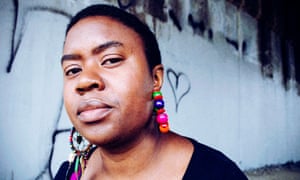 “For every one of me there’s probably a thousand other kids who have anxiety issues or whose experiences have snowballed into a negative adulthood or depression,” she says. Bullying by no means “makes kids tougher and more wanting to succeed. I think often it just crushes people.”The resurgence of xenophobia in Australia troubles Clarke. She sees an “awful synchronicity” between past and present. Her parents left England in the 70s, soon after Enoch Powell’s infamous “Rivers of Blood” speech, which decried black immigrants and predicted that foreign children would overcrowd hospitals and schools. Two decades later, Clarke watched Pauline Hanson’s entrée into politics with a shockingly similar maiden speech, accompanied by a shift in public sentiment around race and immigration. Unsurprisingly, she is not optimistic about Hanson’s return, the rise of One Nation and Islamophobic rhetoric.“I feel as if there is really a global post-colonial situation at the moment,” which especially victimises children, Clarke says. “There are children’s bodies being brutalised or being washed up on beaches. We see brown children being locked up on Nauru and in Villawood Detention Centre. We see things like Don Dale and Indigenous communities having their funding cut.” But Clarke does see hope in Australia’s young people. “I look at my kids’ generation, and their outlook and the way they behave towards each other is different from anything I’ve seen in my lifetime,” she says. The cultural makeup of Australia has changed since Clarke’s childhood, and diversity in books, television, and online media have played a major role. Sharing stories breeds tolerance through understanding, Clarke believes. “It’s a wide big world and that there are lots of different kinds of people in it,” she says. “The best thing [a child] could possibly do is to learn to get along with everybody, because that’s just part of life.”The Hate Race is published by Hachette. Maxine Beneba Clarke will give the opening keynote address at the Melbourne Writers Festival on August 26.

Source: The accumulative effects of racism: it eats away at the essence of your being | Culture | The Guardian

Ok, ok, I know I’m getting too excited about this . . . so I promise this is the last post about Puig’s victory over Muguruza. I am a crazy tennis fan, and there’s rarely anything to rave about when it comes to professional tennis and the Caribbean. So, in this last share of Puig’s […]