During a heat wave in 1934, the Brooklyn Daily Eagle reported:15,000 persons spent last night on the beach at Coney Island and several thousand more sought relief from the heat in Brooklyn parks and playgrounds. Additional thousands slept on roof tops and fire escapes in the Brownsville, Williamsburg and other crowded sections of Brooklyn. In Manhattan, many slept on the grass in Central Park and on the open piers in the East River.

The National Police Chiefs Council (NPCC) said it had recorded 6,193 incidents of hate crime from mid-June to mid-July, figures obtained from police forces in England, Wales and Northern Ireland.The most commonly reported crimes were harassment, assault and other violence such as verbal abuse or spitting. The second and third most prevalent incidents were public order offences, followed by criminal damage.Since the EU referendum result was declared on June 24, Muslims and Eastern Europeans have said they have been particularly targeted.

A rape victim who was jailed in Texas for nearly a month because prosecutors feared she would not return to testify after having a mental breakdown on the stand has sued the Harris County district attorney’s office, county officials and jail employees.The woman, identified as Jane Doe in the lawsuit, was held in the general population at the county jail — the same place where the rape suspect, Keith Hendricks, was housed. There, the suit says, she was misclassified as the perpetrator of a sexual assault — not as a victim — attacked by an inmate, denied medication and punched in the face by a guard.

Source: Texas Rape Victim Was Jailed for Fear She Would Not Testify, Lawsuit Says – The New York Times 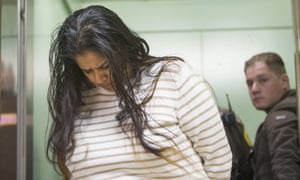 Patel’s conviction, in 2015, made her a national symbol in the debate swirling around abortion. Last week, when Donald Trump selected the Indiana governor, Mike Pence, as his partner on the Republican presidential ticket, many abortion rights groups invoked Patel’s name as a cautionary tale. Trump has said women who have illegal abortions ought to face “some form of punishment”. And activists had prevailed upon Pence to clarify the 2009 law used to convict her, without success.The ruling was not a uniform victory for Patel. The court held that the state had mounted sufficient evidence to show Patel knew the infant was born alive. Patel’s appeals team had challenged the integrity of the forensic test, the controversial “lung float test”, that prosecutors used to argue the infant was not stillborn. But the court agreed with Patel that the state did not prove beyond a reasonable doubt that the infant could have survived. It reduced her child neglect conviction from a class A felony to a class D.“The Indiana court of appeals … ultimately failed Purvi Patel,” Yamani Hernandez, the director of the National Network of Abortion Funds, said Friday. “People of color are bearing the brunt of unscientific laws and misplaced moral outrage against abortion, which is blurring into the territory of miscarriage, putting any pregnant person at risk of prosecution and incarceration. It needs to stop, and the decision didn’t go far enough to restore full justice for Purvi Patel.”AdvertisementA jury convicted Patel in 2015, and in May of this year, a team of volunteer attorneys appealed against her conviction.Prosecutors argued at trial that Patel gave birth to a 25-week-old live infant that could have survived if Patel had sought medical attention instead of abandoning the infant. Patel’s attorneys, who disputed the infant’s gestational age, argued the infant was stillborn, and not developed enough to survive outside the womb no matter what Patel did.Patel’s case quickly became a flashpoint in the country’s heated debate over abortion access. The prosecution painted Patel as hard-hearted and calculating. Women’s rights advocates countered that Indiana’s numerous restrictions on abortion had prevented Patel from terminating her pregnancy in a clinic, and they fingered her trial as part of a pattern of overzealous prosecutions against women who suffer miscarriages.

Source: Purvi Patel has 20-year sentence for inducing own abortion reduced | US news | The Guardian 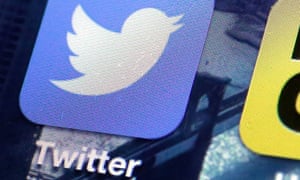 Thousands of women have had intrusive photographs, taken of themselves without their knowledge, circulated on Twitter for years.Covert photos taken of women on beaches, public transport and elsewhere have been shared to two hashtags for several years with apparent impunity.The images predominately focus on the women’s breasts and buttocks, but in many, their faces are visible. Some appear to be underage.Guardian Australia has chosen not to name the hashtags so as not to compound the violation of the women’s privacy.