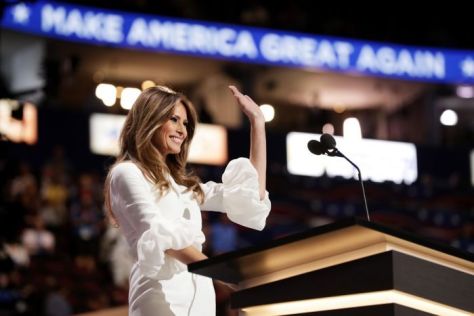 So never mind [Trump’s campaign director Paul] Manafort’s claim that there are a limited number of words in the English language,” he wrote.”For Melania Trump to have gotten all 14 of those phrases, in the same order as Michelle Obama did at the 2008 Democratic National Convention, is a chance of 1 in 87 billion — about 7,000 times less likely than winning [Canada’s] Lotto 6/49.”Highly unlikely.”

Source: Melania Trump: Astrophysicist calculates there was one in 87 billion chance speech was not plagiarised – ABC News (Australian Broadcasting Corporation) 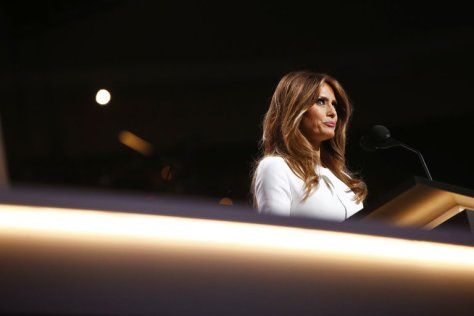 “I’m sure what happened is the person who was helping write this plucked something in there, an unfortunate oversight, and certainly Melania didn’t have anything to do with it.” — Sam Clovis, a Trump campaign co-chairman, in an MSNBC interview_______“If the staff did not do their job properly, and didn’t vet the speech properly based on the larger picture and narrative that she put together, then there should be accountability. No question.” Corey Lewandowski, Mr. Trump’s former campaign manager

Kashmir is bleeding once again. Many innocent civilians have been brutally killed and many more injured by the Indian security forces. Surprisingly, there is a deafening silence in the local media. No views, no comments whatsoever have appeared. Strangely, the media, which is otherwise very active and springs into action on the slightest violation of human rights, kept mum as if Kashmiris are not human, their blood carries no importance and is cheaper than water. Many nowadays are voicing serious concerns about the rights of drug addicts killed by the police but not a single word for Kashmiris.Views and opinions apart, there was a complete blackout in the local print media about the recent incidents of human rights violations in the Indian-occupied Kashmir by the Indian military and paramilitary forces against those protesting the killing of Kashmiri leader Burhan Wani, who was extremely popular among the masses. As a result, dozens of innocent Kashmiris were killed, over 2,100 have been injured, 400 of whom critically. People have been denied access to basic emergency services and right to health. There have been incidents of violence, harassment and shelling of teargas in hospitals to prevent access to hospitals and restrict the movement of ambulances. The brutality can be gauged from the fact that Indian Security Forces used pellet guns above waist-height, resulting in many injured, including those who lost their eyesight.The use of excessive force against innocent civilians, protesting over extrajudicial killings, is deplorable and a blatant violation of the right to life, right to freedom of expression and opinion, right to peaceful protest and assembly, and other fundamental human rights. In fact, Indian forces have since long employed various draconian laws like the Jammu and Kashmir Disturbed Areas Act, and the Armed Forces (Jammu and Kashmir) Special Powers Act and Public Safety Act in killing the Kashmiri people, and for the arbitrary arrest of any individual for an indefinite period.

The condition of sexsomnia, from which the man is not believed to have been suffering at the time, according to Aftonbladet, came to national attention in 2014 when a suspected sleeping rapist in northern Sweden was cleared by an appeals court.

Source: Man cleared of raping teenager in his sleep – The Local

Welcome to the land of where the value of women is contingent upon the flap of skin resting at the precipice of their vagina, where their rights are fluctuating based on the mood of the men that enable them and where our girls are taught, from the moment they open their eyes, that them being the second sex does not invoke otherness but rather rank.

A few days ago, in the Northern city that I love, a 16 year old girl was a victim of the Lebanese condition three times.

She was the victim of this sex but no sex country, where the level of repression we instill in our people is so high that some find the only way to release is to violate other people’s sanctity. That girl was violated by three men in one of Tripoli’s suburban areas.

Her ordeal did not end there, however. Following the… 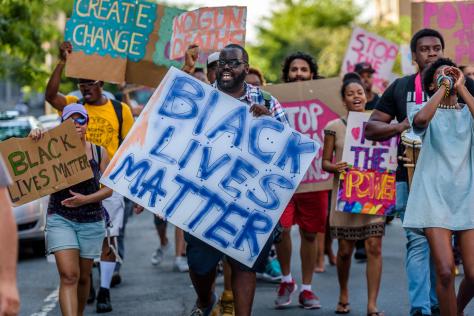 Many of its harshest critics claim that Black Lives Matter’s very name is anti-white, hence the oft-repeated rejoinder “all lives matter.” This notion misses the point entirely. Black lives matter because they have been marginalized throughout our country’s history and because white lives have always mattered more in our society. As BLM puts it, the movement stands for “the simple proposition that ‘black lives also matter.’”The backlash to BLM, in some ways, reflects a broad sense of unease among white people who worry about the cultural changes in the country and feel they are falling behind in a country that is rapidly growing more diverse in a globalizing world. We consistently see this phenomenon in surveys showing that large numbers of white people believe racial discrimination against them is as pervasive, or more so, than it is against African Americans.It’s the same dynamic that researchers at Harvard Business School described in a recent study: White people tend to see racism as a zero-sum game, meaning that gains for African Americans come at their expense. Black people see it differently. From their point of view, the rights pie can get bigger for everyone.Black Lives Matter is not a hate group. But the perception that it is racist illustrates the problem. Our society as a whole still does not accept that racial injustice remains pervasive. And, unfortunately, the fact that white people tend to see race as a zero-sum game may actually impede progress.

Source: Black Lives Matter Is Not a Hate Group | TIME