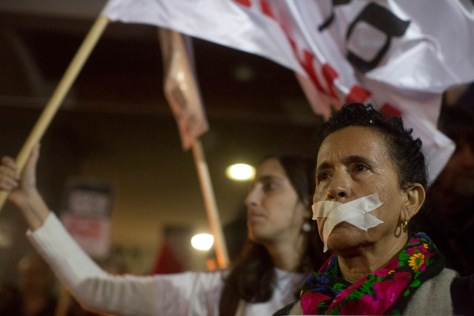 “If you are not for the government, you are anti-Israel, scum, a mole, an outsider who should be made not a citizen”

On another front, Culture Minister Miri Regev has been working for several years to curtail political dissent in the arts. Last month Regev sent questionnaires to artists asking them whether they perform in West Bank settlements, the first step in cutting funding on the basis of political conscious. A year earlier she warned, “institutions that delegitimize the State of Israel will not receive funding.”Combined with a range of other pieces of legislation, policies and actions by government officials and extra-parliamentary groups, the cumulative effect of the NGO Law is to portray those working to end the occupation, fighting for equality and liberal democratic values as dissidents subverting the State of Israel itself.Speaking at the Herzliya Conference last month, Public Security Minister Gilad Erdan announced a new legislative initiative to install legal — perhaps criminal — sanctions against Israelis who actively oppose government policy vis-à-vis the Palestinians.“There’s no real price for somebody or an organization working against his country in order to isolate it in the world,” explained Erdan, whose ministerial responsibilities include Israel’s law enforcement agencies. “I’ve already established a legal team together with the Justice Ministry to create government-sponsored legislation in that context.”“We understand that there is a need to draw a line between freedom of expression and democratic values, in which we believe and want to safeguard,” Erdan continued, “but if we want to convince the world that delegitimzation is unacceptable and for which a price must be paid, then it needs to start here in Israel.”In the same speech, Erdan discussed the need to use Israel’s intelligence capabilities against individuals and organizations working to end the occupation, drawing direct parallels to the methods Israel has used to fight terrorism, including searching for tangential and indirect ties to terrorist organizations, finding financial improprieties, smearing individuals, and shutting down bank accounts.

Source: How Israel is turning anti-occupation activists into dissidents | +972 Magazine 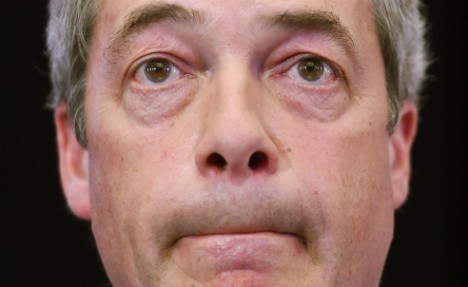 Major media outlets gave the story top billing on their websites throughout the afternoon.Munich’s respected Süddeutsche Zeitung went with the headline “Farage ducks out of taking responsibility.”Conservative daily Die Welt billed the story as “the next leader betrays the Brits”, while Zeit Online, website for the country’s largest weekly newspaper, chose “The end of the pub politician.”“Now, while he can see himself as victor after he declared that referendum day on June 23rd was his personal independence day, he is going. How incredibly cowardly that is. What a con artist,” wrote the SZ.

ISIS is a danger that suddenly popped out and the world is organizing its efforts to exterminate. Living under this occupation is like an inhibited disease that keeps eating us from within. It is not serial murders that can make the difference. But the systematic ethnic cleansing that continues to take place since 67 years.
We are deemed by an evil stronger than that masked under fanatic slogans that call for death to others… we are a systematic operation of extermination that continues to make is the sacrifice of a sin we never committed.

A year after the ugly murder of Mohammad Abu Khdeir on the hand of a group of fanatic Jews. The fanatic army of the state of Israel hunted down another young life, pointing again to Ramadan. A young (17 years) man smuggling himself out to the Aqsa on a Friday prayer.
In the last weeks, shootings on the Qalandia check point appeared like becoming a norm. And our passivity towards it, as if with everything else, is nothing but a norm as well. We make some shallow screams in that instant and then our life continues in the same tone the moment next.
Sometimes it feels as if this earth on this very ground is hungry for the blood of its people. As if those slain bodies are nothing but a natural sacrifice the earth needs from its people.
Whatever the mystery behind this continuous tragedy of being on this…

Madre de dos, what are the Israeli’s thinking – those keeping silent about those killing in their name!

One of the boys that were dragged yesterday is Abdel Nour’s friend and our neighbor Shafe’ .
The horror of this all is just knocking every door. I talked to his mother, Rana , a beautiful soul who received my call with calmness that I wasn’t able to comprehend . Palestinian mothers are watching their children killed, dragged, lynched, detained, beaten , shot, burnt right in-fornt of their eyes and they are forced to watch and pray for a miracle that can only come down from a God . A miracle of patience , resilience ,and compassion .
May our children be in the real mercy of God !!!!! 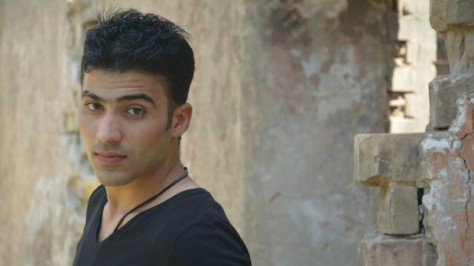 Meet Adel Al-Jaf. He also calls himself Adel Euro, so you might know him by that. He was a rapper, a dancer and a man who tried to do the best that he could with what he had in his country. Last ye…

Source: Victims, Not Threats: The Massacred In Iraq, Lebanon, Turkey, Syria, Yemen Are Not Terrorists For Hateful Rhetoric

Sarah Sadaka, an Arab living in the United States, was going to a Best Buy store today. She went into that store speaking on her phone in Arabic, only to be circled by a woman who made it clear that her presence, her skin, her language made her uncomfortable. No one came to Sarah’s defense: she was just another sand nigger, breathing that free American air on the fourth of July. She did not deserve to have her right as a human being not to be violated that way taken away, she is, after all, only Arab.

Sarah, today, is the living embodiment of what it is to be the victim of terrorism in the United States, except this time it’s the brand championed by the likes of Donald Trump and the people with whom his rhetoric resonates.

When Omar Mateen went to a gay night club in Orlando and killed 49 people, mainstream American media only saw his name Omar as enough reason to justify his actions. He was just another Muslim. He was just another Middle Eastern offended by “our” way of life. Except Omar Mateen did not do so in the name of Islam, he did it in the name of his own insecurities, the insecurities of a man who is afraid of his own sexuality and who is so deluded in his own belief that he’d support two politically opposed factions in Hezbollah and ISIS as vindications for his action.

Omar Mateen’s characterization, and the repercussions that follow it, are a direct result of the kind of terrorism that Arabs and Muslims have to endure at the hands of people like Donald Trump, the Far Right across the world, and the minds that listen to them.

My mother tongue has become synonymous in people’s minds with death. If I speak it on a plane, I become an automatic threat, forced to undergo security checks, apprehended by officials because the words I utter from lips only resonate with fear, even if it’s to say: peace be upon you.

Victims, not threats. The more we are silent towards our murder, our decimation, and our characterization as people who do not deserve to live, the more we perpetuate the notion that people who think of Muslims, Arabs, Middle Easterners and those that live in the area are worth nothing is true. The more we are subdued in not demanding our deaths be remembered, be proclaimed, be cared for, the more our inherent value slips even further, even less than it already is, down an abyss in which the least valuable lives on this planet are Arab lives.

We are people too, and we are worthy of life, one in which two hundred of us do not die at a mall buying new clothes for their children. We are victims, not threats.

“Under Sisi the Coptic communities get protection from the military which then fuels sectarian attacks against Copts,” he said, adding that Egypt’s Christians have also been blamed for Sisi’s military coup because of their close ties with the army.Just last month, Egypt’s Christians were victim to a similar attack condemned by President Sisi in which 300 Muslims looted and torched Christian homes in the south, and stripped a 70-year-old Christian woman naked after accusing her son of having an affair with a Muslim woman, according to Reuters.President Sisi and other Muslim leaders have also spoken out about combating religious extremist ideology leading to incitement and sectarian violence.“Under (President Hosni) Mubarak we didn’t have as many cases against Copts as we have under Sisi,” Abdelmalak said.“I don’t think Sisi is personally pushing to marginalize Copts, but he’s not helping the situation either. He is living in denial about there even being a sectarian problem.”