The U.S. has always had a tradition of xenophobia, says Lin-Manuel Miranda, and our current moment is no exception, Jorge Ramos and Jorge Rivas report for Fusion. “What you’re seeing is a particular virulent strain of a virus that has always affected our American politics, and it’s one in which when times are difficult, politicians […]

via bee and lavender — Paul Militaru

In a French Open final that pitted one of the sport’s legends against one of its rising stars, Garbine Muguruza won the 2016 French Open over Serena Williams. The world No. 4 defeated Williams 7-5, 6-4 to capture her first Grand Slam title. She is the first Spanish woman to win a major title since […]

via Garbiñe Muguruza: I play for Venezuela in my heart — Repeating Islands 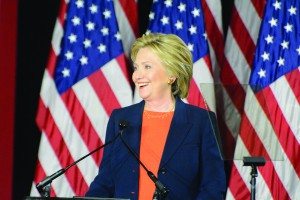 “The Service you do for others is the rent you pay for your room here on Earth.” ― Muhammad Ali

“I hated every minute of training, but I said, ‘Don’t quit. Suffer now and live the rest of your life as a champion’.” ― Muhammad Ali

“Inside of a ring or out, ain’t nothing wrong with going down. It’s staying down that’s wrong.” ― Muhammad Ali

“The man with no imagination has no wings.” ― Muhammad Ali

“Friendship is the hardest thing in the world to explain. It’s not something you learn in school. But if you haven’t learned the meaning of friendship, you really haven’t learned anything.” ― Muhammad Ali

“Float like a butterfly, sting like a bee. The hands can’t hit what the eyes can’t see.” ― Muhammad Ali

“I am America. I am the part you won’t recognize. But get used to me.” ― Muhammad Ali

“I know I got it made while the masses of black people are catchin’ hell, but as long as they ain’t free, I ain’t free.” ― Muhammad Ali