An Alabama judicial oversight body on Friday filed a formal complaint against Roy S. Moore, the chief justice of the state’s Supreme Court, charging that he had “flagrantly disregarded and abused his authority” in ordering the state’s probate judges to refuse applications for marriage licenses by same-sex couples. As a result of the charges, Chief Justice Moore, 69, has been immediately suspended from the bench and is facing a potential hearing before the state’s Court of the Judiciary, a panel of judges, lawyers and other appointees. Among possible outcomes at such a hearing would be his removal from office.

Remember a movie named a  Face in the Crowd? Watch it. https://youtu.be/9lrmxkF-UKM

“I don’t necessarily know that that’s his role, to be a sticking point for the Republican nominee,” said Rep. Duncan Hunter of California, one of a growing number of Trump supporters in the House. Added Rep. Lou Barletta of Pennsylvania: “The voters of our party have spoken loud and clear, and it’s their voice that matters.” Trump has criticized Ryan in the past and renewed his attacks Friday by arguing that Ryan and presidential candidate Mitt Romney, “lost a race that should have been won” in 2012. Trump and Ryan also have disagreements on policy, from immigration to Social Security to trade. In his latest surprising breach of orthodoxy on Friday Trump questioned whether the U.S. government would make good on its commitment to fully honor Treasury notes, suggesting he might try to get a better deal.

What else is disappearing or growing – things like this do not occur in isolation.  It also found more than 50 per cent had disappeared in the Pine Rivers region north of Brisbane during the same period. “There are already a number of areas in which koalas [on the Koala Coast] … are at such low densities that they are effectively extinct,” the report said. “It appears the loss of koalas from many sites there is imminent.”

(4/6) “After the surgery, we thought it was over. We think it’s done. Gabriel is getting better and it’s like nothing happened. His teachers can’t believe it! We’re even planning on going to the beach. But the doctors tell us that they can’t identify the tumor. The surgery was in July. August passes. September passes. Now that the tumor was gone, we were anxious to start treating the cancer, but nobody knows where to start. Every hospital is saying something different. Then finally two hospitals gave the same opinion: Descmoplastic Small Round Blue Cell Tumor. Nobody had ever seen this tumor in the brain before. They told me not to read about it. They told me that every case was different and not to read about it. When you read about it, it’s very bad. Oh my God. This cancer always comes back. And when it comes back, it’s worse. ‘Less than three years,’ it says. Oh my God. What did I do? What did I expose him to? What did I feed him? The chemo is so painful for him. My family tried to talk me out of it. They told me that I’m killing my son with my own hands. But what can I do? There’s nothing I can do. I want to give blood. I want to give bone marrow. But all I can do is watch. It’s the worst show you can imagine, but you have to watch. You’re forced to watch.”

In the Shadows of Men

She yelled in my ears…

In writing you will be.

Stop scattering in the parts of your self.

Stop hiding in the shadows of the others.

You are your own god…

Do not allow any other human to be your god.

For you are the inspiration of your own self.

God is within you …

Let this inspiration guide your way.

Writing is a virtue that many don’t possess.

And you are elaborately flowing …

And creativity is existence 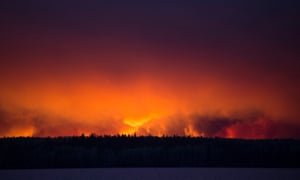 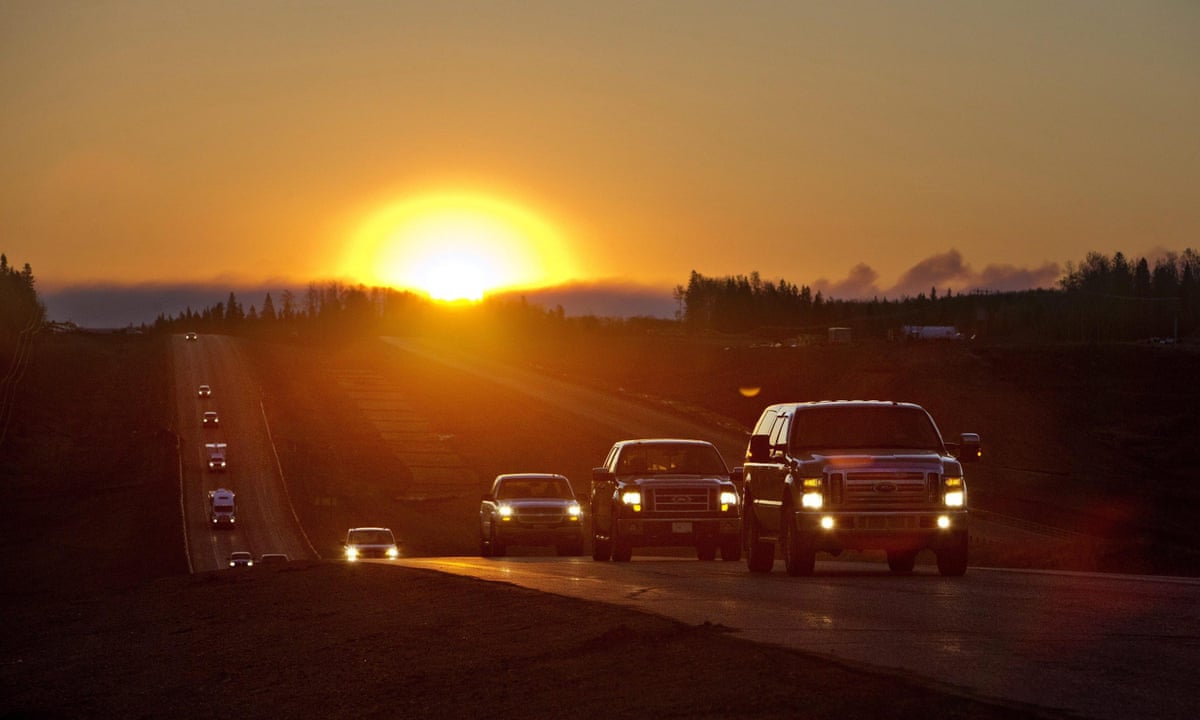 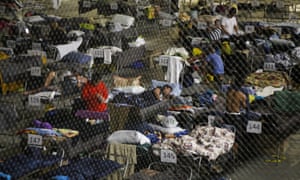 In Fort McMurray, the heart of Alberta’s oil sands region, firefighters were still working to save the city’s homes and businesses “The beast is still up,” the local fire chief, Darby Allen, said on Thursday. “It’s surrounding the city and we’re here doing our very best for you.”Justin Trudeau, Canada’s prime minister, described the week’s harrowing events as the largest fire evacuation in Alberta’s history. The images emerging from Fort McMurray looked “like a war-torn corner of the world instead of our own backyard”, he said.“Homes have been destroyed. Neighbourhoods have gone up in flames,” he added. “The footage we’ve seen of cars racing down highways while fire races on all sides is nothing short of terrifying.”

How many slaves work for you? You might feel a little indignant about this question thinking that we abolished slavery way back in 1865, and no freedom-loving American would think of condoning slavery in this day and age. That’s how I felt too, but guess what? I’ve just discovered that I have no less than 46 slaves working for meNow, you might be a little confused. You might be asking things like: How in the world can 46 slaves be working for you? And how did you not know this before?The answers to these questions are shocking. While it’s true that the type of slavery we generally think of-African Americans engaged in forced labor on southern plantations-is a thing of the past, slavery has not been abolished at all. What has replaced the old system is a much more insidious one which operates covertly in order to avoid public scrutiny. Unfortunately, we are discovering that slavery is very much alive and well in the world, and many unsuspecting consumers support the practice with their wallets. Because slave labor is often buried deep within supply chains and outsourced production facilities, we can only estimate the actual number of victims, but by all accounts there are more slaves today than at any other point in history. That’s where my 46 slaves can be found, producing the material goods that are in my apartment or on my body, or cultivating and harvesting the food that I buy at the grocery store and restaurants. All so that I can get a good deal and manufacturers achieve the highest margins of profit. Never mind that these laborers are often women and children. Never mind that they are subjected to coercion and violence. Never mind that they never enjoy the fruit of their own labor, living in the most deplorable conditions imaginable..

Greenpeace published classified documents from the closed-door negotiations. Even if the papers only convey the current state of negotiations and do not document the end results, they still confirm the worst suspicions of critics of TTIP.The 248 pages show that bargaining is taking place behind the scenes, even in areas which the EU and the German government have constantly maintained were sacrosanct. These include standards on the environment and consumer protection; the precautionary principle, a stricter EU policy that sets high hurdles for potentially dangerous products; the legislative self-determination of the countries involved, etc. Even the pledge made on the European side that there would be no arbitration courts has turned out to be wishful thinking. So far, the Americans have insisted on the old style of arbitration court.The result is that Merkel’s grandly staged meeting with US President Barack Obama in Hanover eight days earlier had been nothing more than a show — one aimed at hiding the fact that the two sides are anything but united in their positions.The leaks have resulted in a failed attempt to bypass 800 million European citizens as they negotiate the world’s largest bilateral free trade agreement. From the very beginning, the government underestimated the level of resistance these incursions on virtually all aspects of life would unleash among the people.What began as a diffuse discomfort over opaque backroom dealings grew into a true public initiative, especially in Germany. It was fueled by an international alliance of non-government organizations that has acted in a more professional and networked way than anything that has come before.TTIP Protests a Part of Everyday LifeThree years after the beginning of negotiations, events protesting free trade agreements have become part of everyday life in Germany. In cities and towns, thousands of events are being held to express opposition to deals like TTIP, CETA, as the recently negotiated agreement with Canada is called, and TISA, an international deal covering trade in services.Here’s a sample of what this looks like in just a few places. In the city of Mainz, 150 orchestra musicians play the protest song “We’re not Merchandise,” a reworked version of Ludwig von Beethoven’s “Ode to Joy.” In Darmstadt south of Frankfurt, 230 people in a packed hall grill candidates in the local election on the issue of free trade. Meanwhile, in Cologne, where there are traditional “dance into May” celebrations marking the arrival of May 1, a “Dance against TTIP” was even held.In Bergisch Gladbach, a town located near Cologne, the city council approved a resolution opposing TTIP and CETA. A total of 310 cities, municipalities, counties, districts and regions have registered themselves with the Munich Environmental Institute as TTIP-free zones.

Drift to supporting trash-talking drones is same in US, Germany, Austria, Hungary, Poland, Japan… Not to be taken for granted that democracy can survive oligarchy – time for real problem solvers to step up and vote for civility and change!?!

This image as a brash, no-nonsense leader explains why nothing he says is able to damage him. He repeatedly described a rival using a homophobic slur. He called Pope Francis “a son of a whore.” He told human-rights groups to “go to hell.” He joked that he should have been first in the gang rape of an Australian missionary. “That’s how men speak,” Mr. Duterte explained. “I am not a son of the privileged class.” His supporters, who often threaten his critics on social media with death and rape threats, defended him with an offensive, but telling, rhetorical question: How can people get so upset at a rape joke when politicians have been raping the country for so long?

Source: Why Filipinos Are Voting for a New ‘Dictator’ – The New York Times