During every election cycle, there is an outcry against shady practices like what happened in Arizona, but we never do anything about them after the election cycle. We look at our antiquated primary and caucus system (especially on the Democratic side) and wonder how a modern country can actually function this way. We shake our heads at the Electoral College and maybe make some noise about changing it until the next President is sworn in. Then we all go silent. Meanwhile, voter suppression efforts gain ground every year – even when the White House isn’t changing hands. Despite low turnout and nearly non-existent cases of voter fraud, state legislatures are making it increasingly more difficult to vote. A total of 36 states now have draconian Voter ID laws on the books – 33 of them are being enforced this cycle. During the 2015 legislative session, at least 113 bills that would restrict access to registration and voting were introduced or carried over in 33 states, according to the Brennan Center for Justice. I know. I was part of the successful effort that defeated one of the most severe Voter ID laws in the country in my home state of Pennsylvania. State Rep. Mike Turzai proudly bragged in 2012 that our law would give the state to a Republican president. After protests and petitions from Philadelphia to Pittsburgh and everywhere in between, the state Supreme Court struck it down. 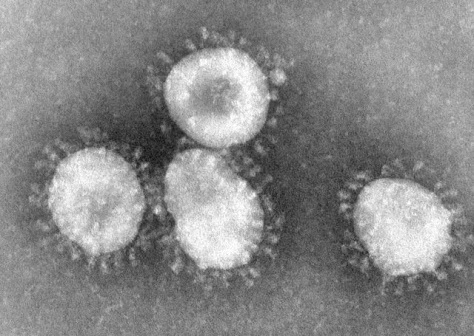 The worst is yet to come: New virus even deadlier than Ebola, Zika may emerge, warn Swiss scientists Andre Mitchell 23 March 2016 Email Print More Sharing Services Share (Wikipedia) Coronaviruses are a group of viruses that have a halo, or crown-like (corona) appearance when viewed under an electron microscope. The coronavirus is now recognised as the etiologic agent of the 2003 SARS outbreak. In 2014, the Ebola virus outbreak killed more than 11,000 people in Africa. This year, the Zika virus is currently affecting millions of people and even unborn children in South America, prompting the declaration of a public health emergency by the World Health Organisation (WHO). If you think you’ve seen the worst in terms of deadly diseases, think again. In a study published last week in the journal “Proceedings of the National Academy of Sciences,” scientists from Switzerland warned that a deadlier virus may emerge, causing more illnesses and deaths. According to a report on WND.com, the Swiss scientists described the virus as something similar to the one which causes severe acute respiratory syndrome or SARS, which killed over 700 people during an outbreak in southern China from November 2002 to July 2003. The virus, which is called “WIV1-CoV,” may come from zoonotic sources, meaning it may be transmitted from animals to human beings. It is likely to exhibit flu-like symptoms which will eventually escalate into pneumonia. “Focusing on the SARS-like viruses, the results indicate that the WIV1-coronavirus (CoV) cluster has the ability to directly infect and may undergo limited transmission in human populations,” the researchers wrote in their study. Lead researcher Dr. Vineet Menachery of Department of Epidemiology, University of North Carolina at Chapel Hill explained that the transmission of this new virus to humans is not yet a certainty, but if it happens, the scenario is discouraging. “This virus may never jump to humans, but if it does, WIV1-CoV has the potential to seed a new outbreak with significant consequences for both public health and the global economy,” the lead scientist explained.

Source: The worst is yet to come: New virus even deadlier than Ebola, Zika may emerge, warn Swiss scientists | Christian News on Christian Today

The three men who have been named as suspects behind the attacks in Belgian were connected with the 35-year-old man who is believed to have been registered in Sweden for several years and who was shot to death last week in a raid outside Brussels, reports Dagens Nyheter. The man, a 35-year-old Algerian national, was shot by a Belgian police sniper after he holed himself up in an apartment in the Forest neighborhood of Brussels. Authorities zeroed in on the man during their four-month-old hunt for suspects linked to the November 13 Paris terror attacks. Dagens Nyheter is reporting that Belgium’s public TV service, RTBF, said the apartment was rented by one of the brothers who are now also suspected in Tuesday’s blasts. Two months before the attacks in Paris the 35-year-old Algerian was also stopped at a road check between Austria and Hungary with the Moroccan national who is considered the mastermind behind the attacks. The second brother, also a suspect in yesterday’s blasts, was also in the vehicle. 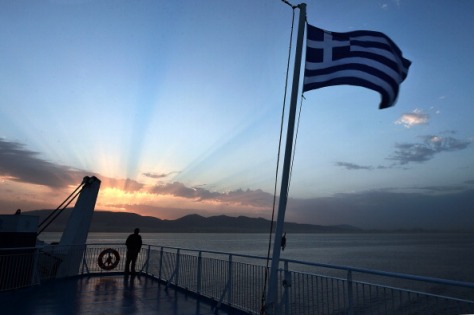 Since July 2015, when Greece and its European counterparts agreed to a new bailout deal, the Greek government has made immense efforts to implement structural reforms under tight deadlines. And while the reforms have at times been controversial, they have also been successful, meriting EU recognition and aid.

Now that the Greek government has delivered on its part of the bailout deal, it is time that its European and international counterparts conclude the first review of the program. This will allow the government to proceed to the second stage: coping with skyrocketing unemployment and putting the economy back on the path to growth. Greece has several sectors that could provide it a comparative advantage within the eurozone, most notably the maritime sector, energy, tourism, agriculture, and social entrepreneurship.

The Greek economy may still be struggling; GDP fell by 0.6% in the last quarter of 2015, according to Eurostat. But predictions that the economy would shrink by as much as 4% last year proved to be unfounded. And because of the government’s reforms and the country’s highly skilled workforce, the European Commission predicts a gradual return to growth by the second half of 2016. It is time that investors acknowledge the progress being made; the wise ones will begin to return to Greece.

this is not about replacing one “-archy” with another, it’s about transforming social and cultural norms and institutions so that power, violence, and greed are not the primary operating principles. It’s not about moving from patriarchy to matriarchy, but from patriarchy to democracy. Feminism means real democracy. There’s no road map to get there. It hasn’t happened yet. Women and men of conscience have never had a chance thus far to make our revolution. The journey is both external and internal, political and personal. For me, the personal meant becoming a single woman, no longer silencing my voice, slowly becoming the subject of my own life. My friendships with women grew deeper and more fulfilling. I read books I’d read before, by Carol Gilligan, Gloria Steinem, Robin Morgan, Gerda Lerner, bell hooks, and Jean Baker Miller, among others, but I understood them in a new way. In the process, I discovered that what I’d thought were just my issues were, in fact, shared by other women. I was not alone. The personal became political, and I became an embodied feminist. I had gone from believing that women’s issues were a distraction, mere ancillary problems to be addressed after everything else had been taken care of, to the realization that women are the issue, the core issue. We will fail to solve any problem — poverty, peace, sustainable development, environment, health — unless we look at it through a gender lens and make sure the solution will be good for women. It took me 30 years to get it, but it’s OK to be a late bloomer as long as you don’t miss the flower show.

My point was as simple as it still remains … There is a whole system of degrading women. The sharia law as applied under the name of God, and as a student of law and Islamic philosophy with modest knowledge on Islamic jurisdictions n accordance with Qur’an and pioneer jurists has nothing to do with this applied law of sharia. It is a collection of laws that are a mixture of Turkish, Arabic, and Israeli man enforced law for political gains in overpowering who ever or whatever, and the women seem to be the easiest scapegoats. In a patriarchal structure as such, it is no wonder that the laws are all designed to maintain men power over women, and make sure that a man is always given the just treatment he is entitled to have due his supremacy. After all he is the family “god”. There is something in the system that we women allowed. Whether voluntarily or by force I really don’t know. Changing it is not by condemning an act or two or some. It is by changing it all from the core. And this change can only happen if women are sitting on the same table with men defining and articulating that law. Objecting to a woman’s testimony with a veil or not is not a surprise. Veil is becoming a code dress to societies in the Middle East. A woman can be prostitute and still wearing a veil. Veil is actually becoming a veil to women’s restricted movement. A veiled woman has more access to freedom than that who is not. The controversy and the paradox in describing or comparing veiled with unveiled is also an extreme one. There is no middle way in the comparison. Wearing a veil makes a woman part of the social wanted structure. Not wearing it makes her an infidel. Or as close to one. This should take me to different level of the story … But I will leave it here for now …

Source: no veil ,no testimony | nadiaharhash 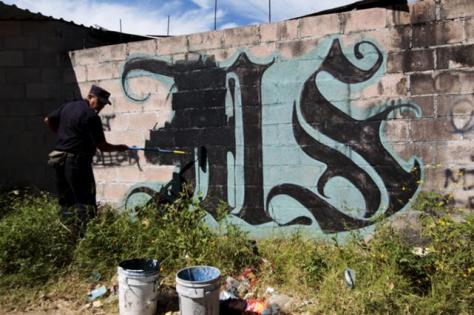 Reporters Without Borders (RSF) condemns young community radio host Nicolás García’s gruesome murder by members of the Mara Salvatrucha gang on the night of 10 March in El Carrizal, a village in the western department of Ahuachapán. Working as a journalist is very dangerous in El Salvador because of the alarming level of violence.For the past several months, García, 23, had been hosting a programme on El Carrizal-based radio Expressa, voces al aire in which he advised local residents on how to protect themselves from violence and interviewed members of the Civilian National Police (PNC).Local members of the Mara Salvatrucha gang did not like the programme. After many threats, they began suggesting that he join the gang and provide them with information about police movements in El Carrizal in exchange for 100 dollars a month.

In as little as two weeks, Isabel Mejia, a mother, survivor of horrific domestic violence, and long-time Los Angeles resident, may be deported to Mexico where she is afraid her ex-husband will kill her. Please, sign this petition demanding that ICE release her from detention and close her deportation case immediately!Isabel is a Los Angeles mother of three U.S. citizen children (3, 5 and 9) and a 13-year-old daughter. LAPD raided a party on November 14, 2015 and arrested Isabel and dozens of others. She was not charged and it appears that most were quickly released; however, Isabel was transferred to ICE after her fingerprint scan showed a decade-old deportation order from when she fled for her and her daughter’s life. Isabel has a single DUI conviction for which she was taking classes as part of a diversion program prior to her detention.