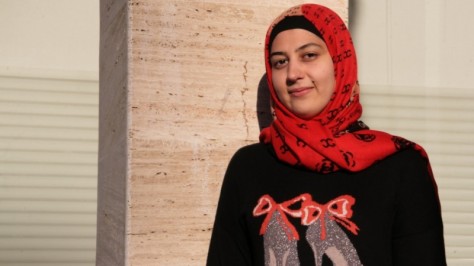 Now, Syrians account for a quarter of Lebanon’s population, and providing them all with aid has become impossible; food vouchers have been reduced and rent assistance slashed. As a result, many are seeking to move abroad. “I cannot imagine a future here in Lebanon,” Hassan says. “Five years ago, I was in Syria. Now I’m in Lebanon, even my siblings, two of them … travelled to foreign countries. No, I don’t imagine that in two years I will be here in Lebanon.” She pauses before adding, “I don’t intend to go back to Syria, either, even if things get better. That hatred of the people who killed someone, it will always be around you.” For Marwa, a 24-year-old stay-at-home mom from Damascus, adjusting to her new reality took years. “You see this view?” she asks, pointing at the scenic landscape outside her window. “It took me three years to realize how pretty it was. As refugees, we had other concerns.” Marwa came to Lebanon along with tens of thousands of others in late 2012, when the war in Syria was spiralling out of control and swaths of the major cities were becoming no-go zones. As new refugees, she moved with her family from village to village, desperately looking for work for her husband and a school that would accept their two young children. When they eventually settled in a small village in Mount Lebanon, they also had to deal with widespread suspicion and mistrust from a population growing increasingly weary of playing host. These days, locals have become accustomed to the extra residents, but while time has improved community relations, it has not been kind to the guests’ finances. “My neighbor is going back to Syria,” Marwa explains. “Even though there’s a lot of suffering there, she’s in too much debt here. My husband is thinking the same because he’s paid so little at work and can’t take it anymore.” She throws her hands in the air and says, “I tell him ‘You can go back, but I’m not going with you. What did our children do to deserve living in the middle of a war?’ “

Source: For These Syrian Women, Their 20s Have Been Defined by War · Global Voices

Following her release, Salgado appeared at a press conference hosted by the Miguel Agustin Pro Human Rights Center in Mexico City. The newly-released prisoner urged freedom for other jailed CRAC members and “500 political prisoners,” criticized media manipulation and educational policies, backed the movement for the 43 Ayotzinapa students, and demanded respect for Mexico’s original peoples. “I only want to tell Mr. Pena Nieto to respect our peoples and our community police, because we have shown that we don’t defend delinquents,” Salgado said. “I ask for support for our indigenous peoples and respect for their rights, and that so much injustice not be permitted.” Nestora Salgado is expected to return to the United States for medical treatment. 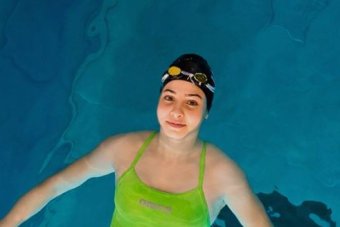 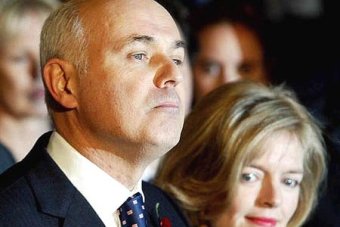 Resignation ‘threatened to throw the Government into disarray’ The Financial Times said the resignation was “a huge blow” for Mr Cameron that would inflict “serious damage” on Mr Osborne. The Daily Telegraph said the move “threatened to throw the Government into disarray”. Mr Cameron replaced Mr Duncan Smith with Stephen Crabb who supports Britain’s membership of the European Union. Will Britain leave the EU? Radio National looks at the background to the referendum and Britain’s unravelling from the EU. Several Conservative MPs, along with the main opposition Labour Party, had criticised the disability benefits cuts announced by Mr Osborne, the Chancellor of the Exchequer. Labour leader Jeremy Corbyn said the plan was “appalling”, claiming that 200,000 of the 640,000 people affected by the proposed changes would lose out altogether as a result. Mr Osborne said the plan would cut around $2.5 billion a year off the bill for so-called Personal Independence Payments (PIP), a weekly allowance covering extra costs for people with long-term ill health or disabilities. A government source earlier on Friday said they would be “kicked into the long grass”. 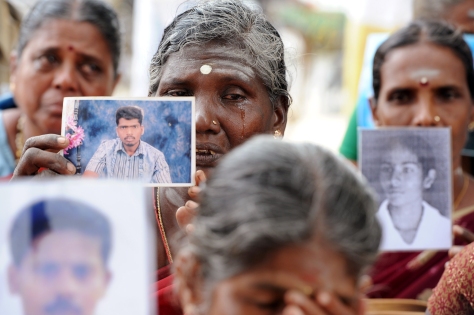 I remember that on this day, exactly two years ago, I was in detention at the Terrorism Investigation Division with another friend, Fr. Praveen. The nearest trigger for our arrest appeared to have been our efforts to look into the arrest of a mother of a disappeared child, Balendran Jeyakumary (who was also a vocal campaigner seeking truth and justice for disappearances) and other Tamils in the North. More than a year after “good governance”, Jeyakumary. Fr. Praveen and me are still being investigated under the Prevention of Terrorism Act (PTA). Ironically, at the same time, I have been invited for various meetings of the government and to be part of an Expert Advisory Committee related to Transitional Justice (which I didn’t accept due to various other reasons), despite still being a “terrorist suspect” and having a court order restricting my freedom of expression. Although Jeyakumary was conditionally released two months after President Sirisena took office, she was re-arrested last year under “good governance”. She also faces serious social isolation due to this and struggles to find livelihood and has been compelled to keep her young daughter in a hostel. There has been no news about her disappeared son, who she claims has appeared in a photo taken at a government rehabilitation facility. We are also no closer to the truth or justice in relation to the disappearance of Lalith and Kugan, two campaigners against disappearances, who disappeared in Jaffna in December 2011. Families of disappeared and activists don’t face the kind of attacks, threats, intimidations, discrediting etc. that we experienced under the Rajapakse regime. But monitoring of families of disappeared persons and activists in the North and East continues. And there is total impunity for the reprisals we faced in the past. 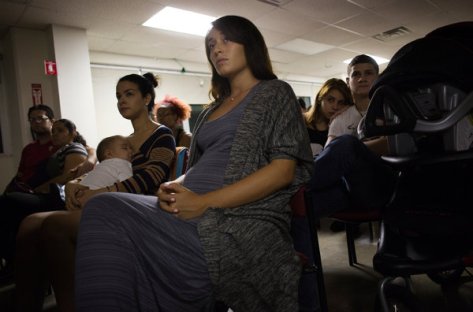 A quarter of the island’s 3.5 million people will probably get the Zika virus within a year, according to the Centers for Disease Control and Prevention, and eventually 80 percent or more may be infected. “I’m very concerned,” Dr. Thomas R. Frieden, the C.D.C. director, said in an interview after a recent three-day visit to Puerto Rico. “There could be thousands of infections of pregnant women this year.” The epidemic is unfolding in one of the country’s most popular vacation destinations, where planes and cruise ships disembark thousands of tourists daily. Anyone could carry the virus back home, seeding a mosquito-borne outbreak or transmitting it sexually. Health officials here have begun intensive efforts to stop the virus, which has been linked to abnormally small heads and brain damage in babies born to infected mothers, and to paralysis in adults.

Source: Puerto Rico Braces for Its Own Zika Epidemic – The New York Times

on March 20, President Obama will set foot on the island country that’s only 90 miles off the coast of Florida. The visit is a historic milestone after more than a year of progress from the day in December of 2014 when the President first announced he was abandoning a failed, Cold War-era approach to Cuba in favor of a new course to normalize relations. Since then, we’ve restored non-stop flights between our two countries. We’ve helped facilitate more people-to-people interaction and commercial enterprise. We’ve allowed U.S. dollars to be used in more financial transactions with Cuba. And today, we’re restoring direct mail for the first time in 50 years. The first flight carrying that first batch of U.S. direct mail to Cuba took off yesterday — a development that may please Ileana Yarza, a 76-year-old letter writer in Cuba who has been waiting for the President to visit for years. “I think there are not many Cubans so eager as I to meet you in person,” she wrote on February 18. “Not as an important American personality, but as a charming president whose open smile wins hearts.”

The Nigerian Federal Ministry of Health provides only spotty updates on the outbreak, but two days ago CNN reported in Lassa fever death rates in Nigeria higher than expected): NCDC’s latest report, dated 14 March 2016, the total number of reported cases is 254 (129 of which confirmed by lab tests) and the total number of deaths (suspected, probable and confirmed) is 137, with a Case Fatality Rate (CFR) of 53.9%. Remarkable because last year (2015),  Nigeria reported 250 cases (likely a substantial under count) and only 8 deaths. Normally, 80% who are infected only experience mild symptoms, and the overall mortality rate is believed to be in the 1% to 2% range (although it runs higher (15%-20%) among those sick enough to be hospitalized). The Lassa virus is commonly carried by multimammate rats, a local rodent that often likes to enter human dwellings. Exposure is typically through the urine or dried feces of infected rodents, although human-to-human transmission is possible. Over the years we’ve seen a number of imported cases of Lassa fever to Europe, and into the United States (see here and here). Despite the potential for H-2-H transmission, we’ve never seen a cluster of cases outside of Africa. Until now.  About 10 days ago the medical director of a missionary hospital in Togo, who had been transferred to a hospital in Cologne, Germany, died of Lassa fever.  Yesterday German authorities announced that three contacts of his – including the mortician who prepared his body – have been diagnosed with Lassa. 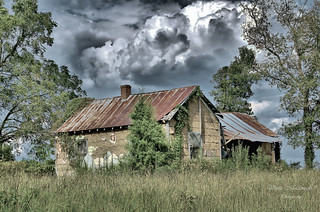 The Palestinian prime minister was interviewed by DW German TV channel last week, in what appeared yet another time a flashing light in the continuous scandals in the Palestinian decision making governmental PA level.

I don’t know what is the recipe for such failures.

I am wiring this and I am really not proud. It is good to criticize, to be self critical to one self and his government, but when you see this in international media, there is really not much left to criticize. It becomes an embarrassment.

Each time a Palestinian believe-to-be-a BIG man appears on international interviews it backfires big time. I don’t know what do they think or expect. In written interviews I understand that some of them expect that we the absentee population doesn’t reach, believing that we still live in the controlled media era. But with TV interviews chances are that we see. The…