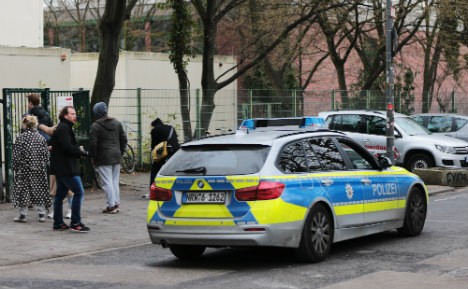 The pupils also accuse the police of being slow to react. “When we asked you for ambulances and help you replied by saying ‘we need to make a judgement on the situation’, even though it was clear to everyone that the situation had descended into anarchy.” A parent of one of the pupils told Spiegel that “the police only intervened after my son and the other boy were injured. Before that they stood to the side and spoke through a megaphone even though it was clear that their mere presence was doing nothing to stop the attacks.”

Source: Cologne police ‘fail to act’ as anarchy breaks out at school – The Local