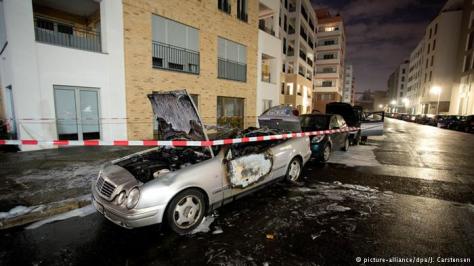 Between 50 and 100 rioters stormed through the neighborhood of Neukölln in the early hours of Sunday morning, setting fire to 20 cars and at throwing at least one stone at a police car. The previous night, between 20 and 40 masked rioters on bicycles burned 28 cars and smashed windows in the Kreuzberg district of Berlin.