Parents of Muhammad Abu Khudair expressed anger that their son’s killers have gotten off lightly.

The US ally originally sentenced Ashraf Fayadh to death by beheading for religious “crimes.”

Campaigners hail win, but say the choice of any drones is nothing to celebrate.

Latin America Green News is a selection of weekly news highlights about environmental and energy issues in Latin America.

To get the weekly Latin America Green News blog delivered directly to your email, subscribe here.

The Valle del Yaqui, Mexico’s largest producer of wheat, suffered a 30 percent loss of crop production in 2015. A one degree increase in minimum average temperature caused the decreased productivity and totaled losses of nearly $2 billion pesos in the region. Since wheat is one of the most important and abundant crops in the country, the decrease in production also affected jobs in the region, not only in the agricultural sector but others as well. For the fourth time in eleven years, maximum temperatures were broken. Bram Govaerts, winner of the 2014 World Food Prize, estimates that if trends continue, Mexico’s three main food crops, corn, rice and wheat, can lose up to 28% of its domestic production due to climate change. (Televisa 2/2/2016)

In a press release this week, Cuba’s Ministry of Science Technology & Environment (CITMA) announced the ministry’s chief areas of work will center on responding to the country’s vulnerability to the effects of climate change. Some of their central objectives will include reducing the risks to coastal settlements associated with sea level rise, preventing salt water intrusion and promoting conservation efforts of four river basins and coastal areas. Further bolstering the island’s commitment to climate change mitigation, the Deputy Minister said “we are prepared to fulfill the commitment made at the Conference of the Parties to the UN Framework Convention on Climate Change, signed at the end of 2015 in Paris, France.” (CiberCuba News 2/1/2016)

Two site visits made recently by authorities from Ecuador’s Ministry of the Environment found evidence of the effects of climate change on two of the country’s largest ecosystems – the Sierra Nevada and the Amazon. During a flyby through the Cuyabeno Wildlife Reserve in the Amazon, scientists found low flows in several rivers and lagoons, which they attribute to the alteration of the hydrological cycle as a result of deforestation in the region. Under Secretary for Climate Change, Jorge Burbano, also found the effects of climate change during a visit to Chimborazo, an ancient and extinct volcano. Burbano verified the retreat of the glacier covering the mountain has decreased 58.9 percent between 1962 and 2010. Equally troubling, the rise in temperatures in the area caused unusual mudslides in Chimborazo last November and December that effected roads, pasture and potable water resources. The Ministry recognized the need for urgent action and stated they are working in conjunction with other government institutions to develop and implement adaptation and mitigation measures. (Ministerio del Ambiente 2/3/2016)

In alignment with the country’s commitment made at the COP21 in December, Bolivia plans to triple its water conservation, shift 80 percent of its energy matrix to renewable energy and reach zero deforestation by increasing its forest land by more than 54 million hectares. According to the country’s minister of planning, René Orellana, Bolivia assumes the responsibility of lowering gas emissions by diversifying its energy matrix and outlining a plan to increase renewable energy to 13,300 MW by the year 2030. In addition, the Bolivian government plans to integrate mitigation and adaptation goals with water, energy, forests and agriculture development. During the month of January, 17 municipalities in Bolivia experienced record heat levels since 1950. (Eju, 1/31/2016)

Foreign leaders from the member countries of the Community of Latin American and Caribbean States (CELAC) gathered in Quito, Ecuador last week for the 4th annual CELAC summit. During the event, Jose Mujica, a representative from Uruguay, took a deep look at the issue of climate change in the region. He stressed that beyond scientists predicting the possible effects of climate change, it is imperative for the region to develop a financed strategy to protect communities from such effects. He added that “no country, however powerful, can confront the disasters caused by climate change alone.” The new president pro tempore of CELAC, Danilo Medina, agreed and added the he strives for the group to become a productive space for dialogue, debate and solutions of the most important development issues facing the region.

The Chilean company Valhalla plans to build a 300MW solar and hydropower project called Espejo de Tarapaca (Tarapaca Mirror) in the Atacama Desert, Chile’s driest desert. Without the use of dams, the plant will use solar-power during the day to pump sea water up a tunnel where it will be stored in a reservoir at the top of a mountain and at night the plant will release the water to generate electricity on its way down. While this type of system is not new, using solar power to run the plant is. Chile is one of the best locations in the world for solar, almost 15 percent better suited than Arizona, according to co-founder of Valhalla, Francisco Torrealba. The project, which is cost-competitive with coal, will begin construction by the end of 2016 and will be providing electricity to utilities by 2020. “You could very easily envision a South America in twenty-five years which has an integrated grid all throughout the continent, in which Chile could be providing very cheap, clean electricity with this combination of pump storage and solar power,” says Torrealba. (EcoWatch, 1/22/2016)

Electro-intensive industrial companies in Uruguay could obtain up to a 30 percent discount in their electric energy bills. In Uruguay, electric energy makes up a small portion of industry costs, on average less than 3 percent. However, certain industries rely significantly more on electricity and thus spend a greater portion of their bills on energy. In the case of these industries, the secretariat of the state aims to support those energy-intensive industries by reducing their energy costs. Included in these industries are the following sectors: cement, chemical, rubber and plastic, as well as other manufacturing and some food. (La Red 21, 2/5/2016)

In Michoacán, Mexico, the Secretary of Economic Development, Antonio Soto Sánchez, presented the first nopal-powered plant in the world, which has the potential to power 300 homes. The nopal, known as prickly pear in English, is native to Mexico and grows extensively in the region. The nopal-powered plant, called Nopalimex, has been developed under a pilot program, which is expected to reduce the cost of gasoline by at least 40 percent. The nopal is put through an anaerobic engineering system in a biodigestor, which extracts the nopal’s gas that is then captured and used to generate electricity. (El Ciudadano, 2/1/2016)

Authorities in Puerto Rico inaugurated the first center for studies on climate change effects on dry forests in the Caribbean and U.S. Within the next 30 years, data extracted from the Guánica Dry Forest will be analyzed in real time by scientists from all over the world. Experts will study the impacts of climate change in the atmosphere, the soil and biodiversity of flora and fauna, as well as the exchange of gases between the forest and the atmosphere, infectious diseases and plagues, invasive species and contamination. The center will include a 68-foot tower with an anchor system to extract soil and a room with the equipment necessary to collect information and send it directly to the data center at the National Ecological Observatory Network (NEON) headquartered in Colorado, where it will be shared with other investigation centers. (Terra, 1/29/2016)

This week’s blog was completed with the help of contributions from Andrea Becerra.

For more news on the issues we care about visit our Latin America Green News archive or read our other International blogs. Labour should not back an English parliament because that would look like “giving up on Britain”, Tom Watson, the party’s deputy leader, will say on Saturday. 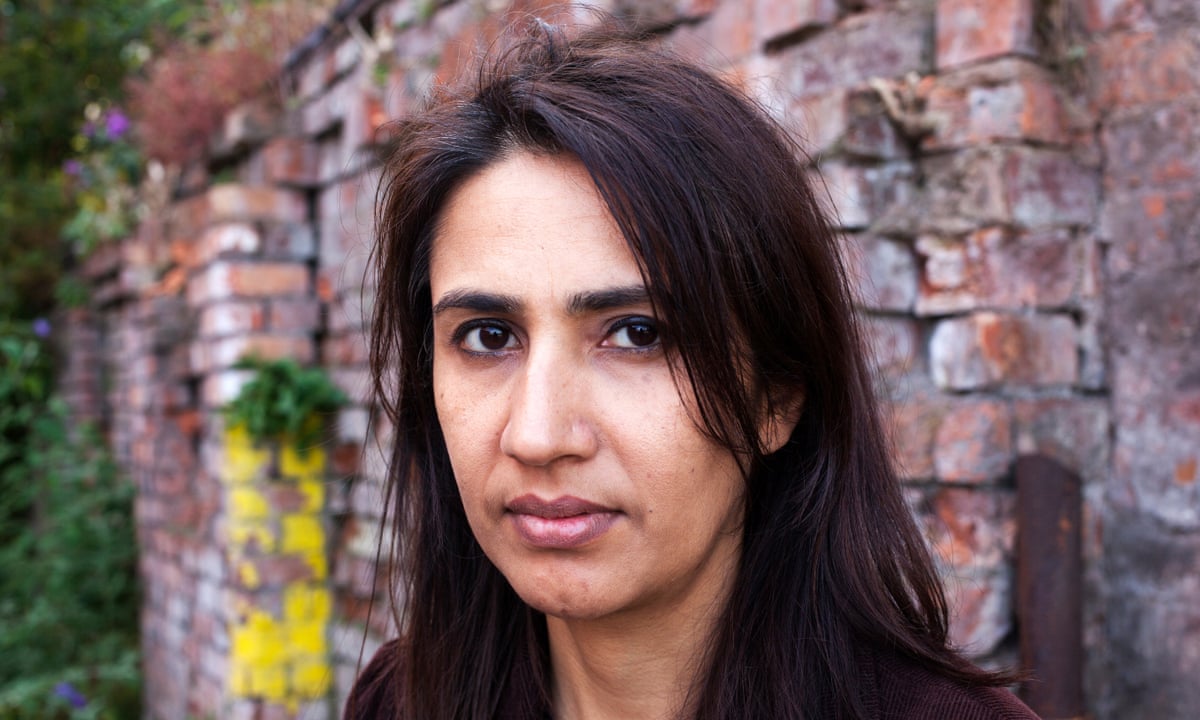 A women’s rights organisation has written to the party leader, Jeremy Corbyn, calling for an inquiry into allegations of discrimination

A women’s rights organisation has written to Jeremy Corbyn calling for an inquiry into allegations female Muslims were discriminated against and blocked from seeking office by male Labour councillors.

A Jersey City resident thought it would be a great idea to fly his drone in midtown Manhattan yesterday. Of course, he ended up crashing it into the 40th floor of the Empire State Building. [ more › ]

One man is killed and two others injured when gunmen open fire on boxing fans at a weigh-in at a Dublin hotel, Irish police say.

The world’s first recorded opalised pearls, relics of creatures in an ancient inland sea, have been unearthed by two miners at Coober Pedy in the South Australian outback.