A 22-year-old New Yorker who really, really, really wanted to procure ricin for nefarious purposes has been convicted of attempting to acquire the deadly toxin to use as a weapon. Cheng Le is facing life in prison after he attempted to acquire ricin through the Dark Web so that he could commit “100% risk-free” murder. (Just like on the tee-vee.) [ more › ]

The survey, conducted by polling company ProRata and published in this Friday’s edition of the “Efimerida Ton Syntakton” newspaper, showed that 23 percent of decided voters intended to vote for Syriza in next month’s election. They were followed by the conservative New Democracy party with 19.5 percent.The poll showed that the gap between the two parties had narrowed significantly since a ProRata survey in early July which gave Syriza 26 percent compared to just 15 percent for the conservatives.

{An independent socialist running as a democrat, trying to “Trump” the Democratic Party? Fail.}

My friends, the Republican Party did not win the midterm election in November: We lost that election,” Mr. Sanders said. “We lost because voter turnout was abysmally, embarrassingly low, and millions of working people, young people and people of color gave up on politics as usual and they stayed home. That’s a fact.”As the audience sat largely in silence, Mr. Sanders continued: “In my view, Democrats will not retain the White House, will not regain the Senate or the U.S. House, will not be successful in dozens of governor races across the country, unless we generate excitement and momentum and produce a huge voter turnout.”While he did not criticize his leading rival, Hillary Rodham Clinton, by name, Mr. Sanders argued that “establishment” politicians like her – and like the very Democrats he was speaking to – were uninspiring to voters.

Source: Bernie Sanders Warns Democrats They May Not Win in 2016 Without Him – First Draft. Political News, Now. – The New York Times “There’s a big contrast between my fantasies and my life. I use art to bridge the gap. I’m starting a new project where I’m covering nude bodies with paint and laying them on canvas. The naked body is very natural to me. It’s a matter of truth.”

Researchers recently conducted a study that suggests a single dose of a cholera vaccine may provide people with adequate protection to stop the progress of the cholera epidemic.This is an important discovery as the new vaccine for cholera is already running short in supplies.Currently, the World Health Organization (WHO) is working to stockpile two million doses of the latest licensed oral cholera vaccine. Unfortunately, this stockpile is much too low to meet the demands: approximately 1.4 billion people worldwide are considered at risk for cholera. “Even if a one-dose isn’t 50 percent as efficacious as a two-dose, it’s still the better strategy because when responding to an outbreak, the important thing is to get as much vaccine into the population as quickly as possible,” Justin Lessler, a leader of the study and an epidemiologist at Johns Hopkins University’s Bloomberg School of Public Health, said.Cholera, which is contracted from drinking water that is contaminated with human waste, typically follows close behind a natural disaster.“By using a one-dose campaign, you can protect the same number of people and protect them earlier, so you ultimately prevent more cases of the disease than if you’d used the two dose protocol,” Lessler said.

“I can draw a lot of things. I can draw trees, the sun, clouds, my mom, and my dad. I once drew a picture of a house that was so good, I had to hide it so nobody would steal it.” (Tehran, Iran)

We should go because a system where neither politics nor institutions are working is not a system worth maintaining. Many of us are worried about the protests turning violent. But know this: there will be so many people tomorrow that the security forces will not do anything funny. I also have first hand confirmation from the Minister of Interior Affairs, Nohad el Machnouk, that Lebanon’s security forces have been instructed to leave protestors alone.If you’re still worried that the protests might turn violent after that, know that there are measures you can take to ensure your safety:Stay in groups of 5-6 people,If you get apprehended shout your name at the top of your lungs,Have a scarf ready with you along with a bottle of water in case tear gas is used. You can also have a can of Coke with you to use (it’s more efficient than water).Wear long pants that are not jeans to make it easier to run in case water cannons are used.Do not wear open shoes. Running shoes are best.When the protest turns violent, you can choose to leave.If you’re worried about the protests being hijacked by Aoun or Hezbollah, it makes it the more your duty to go down, hold slogans against every single politician in this country to let them know that they aren’t a part of the problem, they ARE the problem.If you’re worried about the protest becoming too anti-March 14, it makes it the more your duty to go down and tell your leaders that they aren’t only fucking up the country, that it’s not okay to fuck up your life as well.If you’re worried about the protests’ demands not conforming with your political code, it makes it the more your duty to go down and make sure that your voice is heard, that your demands are not kept in the confines of a room in front of a TV set or a computer.

Source: In Case You’re Hesitant About Going Down To Martyrs’ Square Tomorrow | A Separate State of Mind | A Lebanese Blog 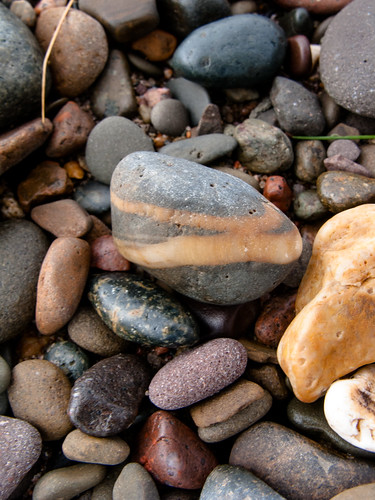 Jewish lawmakers who support the nuclear deal with Iran have been likened to Nazi collaborators, and those who oppose it have been called traitors.