♫ say you want a revolution….

The 20-Year-Old Activist Who Died Trying to Help Rebuild a City · Global Voices.

The National Parks and Wildlife Service warns anyone on the water around Sydney’s middle harbour to be aware of a southern right whale as kayakers get close enough to be sprayed with water by the animal.

{With “friends” like this, America needs no more enemies!} Turkish jets struck camps belonging to Kurdish militants in northern Iraq, authorities said Saturday, the first strikes since a peace deal was announced in 2013, and again bombed Islamic State positions in Syria.

The strikes in Iraq targeted the Kurdistan Workers’ Party, or PKK, whose affiliates have been effective in battling the Islamic State group. The strikes further complicate the U.S.-led war against the extremists, which has relied on Kurdish ground forces making gains in Iraq and Syria.

A spokesman in Iraq for the PKK, which has been fighting Turkey for autonomy since 1984 and is considered a terrorist organization by Ankara and its allies, said the strikes likely spelled the end of the peace process.

“Turkey has basically ended the cease-fire,” Zagros Hiwa told The Associated Press. He said the first wave of strikes launched overnight didn’t appear to cause casualties.

Turkey’s pro-Kurdish party, the People’s Democratic Party, said the strikes amounted to an end of the two-year-old truce. It called on the government to end the bombing campaign and resume a dialogue with the Kurds.

Prime Minister Ahmet Davutoglu announced later on Saturday that he had ordered “a third wave” of raids against the IS in Syria and a “second wave” of strikes against the PKK in northern Iraq, but didn’t provide details on areas hit. He said the operations would continue.

While playing war games in the wilds of Inner Mongolia, the People’s Liberation Army decided to spruce up the barren desert environment with a building that just so happens to look a whole lot like Taiwan’s Presidential Office Building.

While playing war games in the wilds of Inner Mongolia, the People’s Liberation Army decided to spruce up the barren desert environment with a building that just so happens to look a whole lot like Taiwan’s Presidential Office Building. 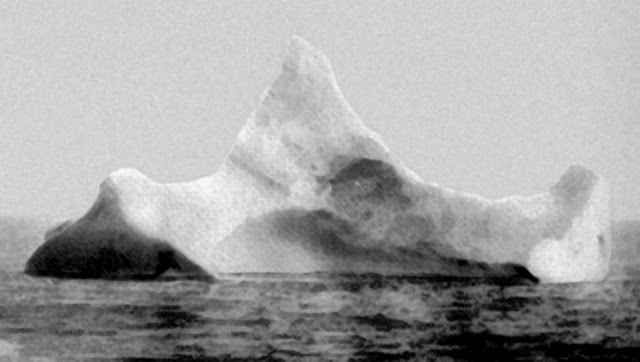 The iceberg suspected of having sunk the RMS Titanic. This iceberg was photographed by the chief steward of the liner Prinz Adalbert on the morning of April 15, 1912, just a few miles south of where the “Titanic” went down. The steward hadn’t yet heard about the Titanic. What caught his attention was the smear of red paint along the base of the berg, indication that it had collided with a ship sometime in the previous twelve hours. (via Wikipedia)

via Photographed in 1912 with red and black paint on it, this iceberg was believed to have sunk the Titanic.