“Is Italy next on 4th Reich’s over-reach to dominate Europe?”

Italian public debt has risen upwards of 2.2 trillion euros in May, new data showed Tuesday – a new record for the southern European country that is the eurozone’s second-most indebted after Greece.

The new numbers from the Central Bank of Italy come at a time when the Greek debt crisis is dominating headlines and observers view ballooning public debt within the currency union with worry.

Italy’s debt is now at 132 percent of GDP, compared to Greece’s 175 percent. Both countries find themselves far from the 60 percent debt-to-GDP ratio target set by the European Commission.

The consequences of an Italian debt crisis would however be more dire – it’s the third largest economy in the eurozone.

John Schindler, a former national security affairs professor at the US Army War College, was one of the first to notice something odd about the image.

“These guys are dressed as late (1944-45) WWII Waffen-SS infantry. Nothing to debate here. Way to go, Trump!” he tweeted.

As an example to be followed, the report cites a major regional accomplishment: on Jun. 30 Cuba became the first country in the world to receive validation from the World Health Organisation (WHO) that it had eliminated mother-to-child transmission of HIV/AIDS.

Chile, Costa Rica and Uruguay are set to become the next countries in the region to receive validation, possibly before June 2016, the regional director of UNAIDS for Latin America, César Núñez, said in an interview with IPS from Panama City.

via Latin America Has Beaten Down, but not Beaten, HIV/AIDS | Inter Press Service. “I was an international relations major. I was thinking about going into government, but the more I learned about bureaucracy, the more I realized I’d be better off just writing political songs.” 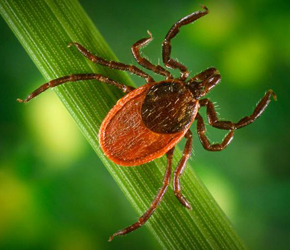 The New Mexico Department of Health issued a warning Monday about the risk of contracting tularemia.

The warning was issued after a 51-year-old Los Alamos Countyman received laboratory confirmation from the Scientific Laboratory Division of the Health Department that he has tularemia. He returned home after receiving hospitalization.

Health professionals also have reported 33 tularemia cases in pet cats and dogs so far this year. The pets were located throughout Santa Fe, Torrance, Taos, Los Alamos and Bernalillo Vífilsfell is a medium sized mountain (by Icelandic standards, not Himalayan), 655m high, located a short distance from Reykjavík (which can just be seen in the distance, on the left). Climbed it last friday evening (July 10th) reaching the top just in time for this breathtaking view (this was at 10:55 pm). It had been foggy only 15 minutes earlier, according to two women we met on their way down. Iceland at its finest, if you ask me.

This is not to say that dangers don’t lie ahead for China’s continuing economic transformation, nor that everything is currently healthy and balanced in the world’s second largest economy. China remains a developing nation faced with massive challenges. And, beyond that, China realises that all advanced economies eventually come to rely on their stockmarkets to power economic growth and that these economies learn to live with that market’s vicissitudes. As long ago as 1966 Paul Samuelson had famously quipped that Wall Street predicted 9 of the last five recessions in the US. China will have to resign itself to that kind of behaviour too, or come up with some alternative formula for finance and economic performance.

But all in all, this most recent China stockmarket experience is just a fluctuation that, both in its wider implications and in the cold light of recent historical experience, registers to be far from dramatic.

via That China’s Stockmarket Is Not A Market Cuts Both Ways | DQ-en.

Hindsight shows that the monetary union was well-intentioned but too soon and incomplete. Unintended consequence, Germany creates a Reich based on financial control. The new imperialism.

In the next hours and days, I shall be sitting in Parliament to assess the legislation that is part of the recent Euro Summit agreement on Greece. I am also looking forward to hearing in person from my comrades, Alexis Tsipras and Euclid Tsakalotos, who have been through so much over the past few days. Till then, I shall reserve judgment regarding the legislation before us. Meanwhile, here are some first, impressionistic thoughts stirred up by the Euro Summit’s Statement.