One of the nuns who once lived in the Los Feliz convent Katy Perry wants to buy, says her signature was forged to sell the property to restaurant owner Dana Hollister instead of the singer. [ more › ]

The parade breaks with precedent to honor a group that competes outside the metropolitan area. The event will be Friday in Lower Manhattan, the mayor’s office said. My dad kept these fortunes in his wallet, and my mom found them after he died.

As policy makers know well — and Germany perhaps better than any — major debt overhangs are solved only by writing down the debt. And the longer the delay, the deeper the pain. 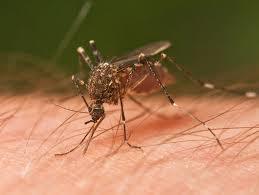 Researchers recently discovered the mechanisms that enable Dengue virus to adapt and spread throughout the world, optimizing the virus and increasing the likelihood of outbreaks.

Dengue virus most commonly spreads in the world’s warm areas. The viral strains’ diversity has caused the strains to develop to an extent that raises concerns for potential epidemics. There have been multiple dengue outbreaks because of the new strains overcoming the native strains that local residents have immunity against.

The scientists evaluated various dengue virus-2 clades that spread through Puerto Rico in 1994. This strain mutated between 1986 and 1995 into a new, more contagious strain. The researchers determined that the new virus’s proteins and RNA interact with the host in such a way that the virus can evade the body’s immune response and easily invade.

“This study highlights the critical and oft forgotten role played by non-coding RNAs in the battle between viruses and their human hosts,” Mariano Garcia-Blanco, professor of emerging infectious diseases at the Duke-National University of Singapore Graduate Medical School, said. “It emphasizes the importance of multidisciplinary research: a fabulous marriage of basic RNA biology and clinically informed epidemiology uncovered an unexpected route of virus evolution that explained (and perhaps could predict) epidemic potential.”

via Researchers find Dengue virus mutates as it spreads. Cases of GII.17 have already emerged in the US, South America, Europe and Africa, scientists wrote in a paper which accompanied new Japanese research.

While there’s no medicine available yet to treat or prevent GII.17, a pharmaceutical company based in Osaka, Japan “has the most advanced vaccine in development”.

Norovirus symptoms, including fever, vomiting and diarrhea, typically last only a couple of days and infected food workers are usually the source of the outbreak, the report said.

via Vomiting virus that emerged in southern China now spreading around the world: Shanghaiist.

Germany’s imposition of an austerity policy suffered a first serious defeat with yesterday’s “No” in the Greek referendum. Aided by the EU, the ECB and the IMF, Germany has been able to impose its austerity dictate on Greece for the past five years, ruining the country’s economy and causing social devastation of appalling dimensions.[1] A clear majority of the Greek population has now clearly rejected that austerity dictate: Yesterday, more than 61 percent voted against the proposed agreement with Greece’s creditors, which would have prolonged the austerity policy, despite its catastrophic consequences. This clear rejection is all the more remarkable, due to the fact that not only had the Greek conservative establishment put its full weight behind a “Yes”, but even Germany and substantial parts of the EU had interfered in an unprecedented manner in the Greek referendum debate and had massively increased their pressure on the Greek population – up until yesterday.