Bertha did it! She proved her husband’s work as first long distance driver and mechanic. Bertha Benz’s husband, Karl Benz, patented the first automobile designed to produce its own power in January 1886 (Reichspatent No. 37435).[3][4]

In early August 1888,[5] without her husband’s knowledge, Bertha Benz, with her sons Richard (aged 14) and Eugen (aged 15), drove in Benz’s newly constructed Patent Motorwagen No. 3 automobile, from Mannheim to her own birthplace, Pforzheim, becoming the first person to drive an automobile over more than a very short distance.[6] The distance was about 104 km (65 mi). Distances driven before this historic trip were short, being merely trials with mechanical assistants.[7][8]

Wild bird chase? {Lots of people would like to deflect  blame from industrialized poultry farming and role of people – about time someone said – whoa – how about some science?}

But not so fast, say experts like David Stallknecht, PhD, of the University of Georgia’s College of Veterinary Medicine, and Michele Carstensen, PhD, wildlife health program supervisor in the Minnesota Department of Natural Resources (DNR). They point out, among other things, that migratory birds don’t migrate from west to east or from north to south in late winter.

“This could all have been from wild birds—nobody can say it’s impossible,” said Stallknecht. “But we do need some proof. . . . People seem to be willing to accept things without a whole lot of proof.”

He said it is unknown how the H5N8 strain that gave rise to H5N2 reached North America. Noting that the H5N2 outbreaks in British Columbia marked the “index case” or first appearance of the virus, he said, “How much proof do we have of wild bird involvement with that virus in North America? None.”

Referring to the mixing of H5N8 with North American viruses, he said, “Why do we make the jump to wild ducks to explain this? Reassortment could also occur in a backyard flock of domestic ducks after a more direct introduction [of H5N8] via people.” He suggested that travelers could possibly have brought the virus to Canada from Asia.

He cautioned that this is “pure speculation,” but added that the idea that wild birds introduced the parental H5N8 virus to North America is also speculative. “It is based on circumstantial evidence that is rapidly becoming accepted dogma.”

Carstensen said the notion that wild birds could have brought the H5N2 virus from Minnesota to Missouri is “beyond me. . . . They [migratory birds] go from south to north this time of year.” Arkansas and Kansas, on the other hand, are close enough to migratory-bird wintering grounds to make a connection with wild birds more plausible, she added.

There could be “totally different causes” for the outbreaks in Minnesota and the more southerly states, Carstensen suggested.

via Role of wild birds in US H5N2 outbreaks questioned | CIDRAP.

The Port’s entry into the lease with Foss Maritime to open Terminal 5 to Shell’s Arctic drilling convoy was made in February without public proceedings or an environmental review.  Not only did the rental agreement violate the Port of Seattle’s long-range plans and its shoreline permit, which designate Terminal 5 as a cargo terminal, but it broke state law and the port’s own rules.

That’s where Earthjustice comes in.

Earthjustice is representing Puget Soundkeeper Alliance, the Sierra Club, Washington Environmental Council and Seattle Audubon Society in a legal fight to vacate the lease. The groups and local residents have pressed the port to rescind the lease and to invest in sustainable jobs that reflect the community’s values and air prospective terminal lessees in public.

via Shell’s Battle for Seattle | Earthjustice.

Overall, 150 new confirmed Ebola cases were reported in the outbreak region last week, up from 116 the week before. The number of confirmed, probable, and suspected cases in the three countries has risen to 24,666, with death total increasing to 10,179.

The 12 districts in Guinea and Sierra Leone that reported cases are part of an arc that extends from Conakry to the north and Freetown to the south. The WHO warned that although Ebola’s footprint is now limited to a narrow area, the population is mobile, posing the risk or reseeding the disease to other districts and countries.

A spate of health worker infections—11 of them— were reported in those two countries, 4 in Guinea and 7 in Sierra Leone. The new infections boost the cases in healthcare workers to 852, including 492 deaths.

What is clear though is that without the support of the general public, politicians of all flavours will not take these things seriously. And the environment movement has to take responsibility for the fact that, after 40 years of work, and regardless of millions of people belonging to and supporting environmental organisations, we have failed to persuade the general public that “the environment” is an important part of Government policy and spending. 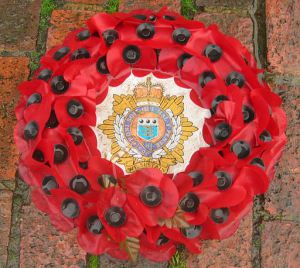 Amid all the flummery of Clarkson’s cold cuts, Shapps’ second job, and Champion’s poppy wreath claim, there was a youGov poll, which showed Labour and the Tories neck and neck in the race to the General Election. No news there then.

The pollsters also like to ask the public about other matters, and in this budget week they asked if public spending should be cut or increased: 44% said if any money was available to spend it should be spent on public expenditure, nearly twice as many as those who wanted tax cuts (25%) or spent on cutting the deficit (20%).

The pollsters went on to ask about where future cuts in public spending should fall. Asked to choose three sectors from a list, the polled chose the following: