As many as 1,000 people a day contract tuberculosis and newer, more drug-resistant strains mean the disease is becoming more difficult to treat.

Globally, TB in different strains killed around 1.5 million people in 2013 and the WHO warned last year of “crisis levels” of MDR-TB.

The latest report – a collaboration between the WHO and European Center for Disease Prevention and Control – found infection rates falling in some high-priority countries, while the disease is fighting back in other low-incidence countries.

For me, a sacred space must be alive. What I’ve observed from other people who share their altars online -don’t you love peeking at people’s lives?! I do!!!- is that their little constructions seem to be an inert space. They don’t sit at it to do anything. People just select a bunch of objects with the “right” colors and symbols, arrange it all to look pretty and then never interact with it. I can’t do such a thing. Why? Because I’m too pragmatic and hate collecting stuff. Everything I own, I must have an active relationship with it; everything must be alive and have a purpose. When I don’t have a relationship with that thing, its presence weighs on my mind; it’s clutter.

via Create a Personal Sacred Space in your Home –. 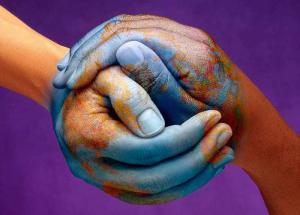 Not only was there no formal consultation, but local patients were meant to get no say on this contract at all. The original plan was to sign the deal in March – before people could have their say at the polls. Labour has said it will not let the project go ahead.

The campaign group I work with – Cancer Not For Profit – fought for more time. When the awarding of the contract was put back until June, we thought that we had won a small victory.

Our source heard differently. The project wasn’t delayed, they were told, but simply hushed up. The political implications of pushing through the biggest privatisation in NHS history two months before a general election were too serious. It had to move forward with speed, and if the contract lacked benchmarks or risk management, forget it. It could all be resolved later. (It is the essence of contract law that weaknesses are generally not resolved later.) The only thing being delayed until after May was the announcement, which would now be made in June. And then a gamble that a new government couldn’t go back on a contract already awarded.

“I’m going to publish,” I told the source. “Tell me if you don’t want me to publish.” I never heard from them again.

via The biggest privatisation in NHS history: why we had to blow the whistle | Kate Godfrey | Comment is free | The Guardian.