Not only a racist but a bald faced liar too: “I’m certainly not racist and my coaching history shows that, starting from [Frank] Rijkaard, but watching the Viareggio tournament brings me to say that there are too many colored players, also in the youth teams,” he said. – See moreat: http://www.dailystar.com.lb/Sports/Football/2015/Feb-18/287850-sacchi-denies-being-racist-despite-colored-comments.ashx#sthash.ybGtJGcX.dpuf

via Sacchi denies being racist despite colored comments | Sports , Football | THE DAILY STAR. 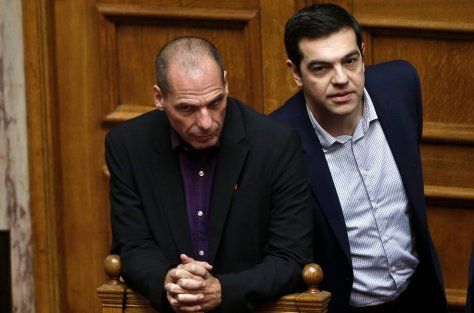 Greece’s lenders, most notably Germany, insist that they are defending important principles: a country must pay its debts, and the long-term success of the euro depends on everyone abiding by the rules.

That might sound fine in principle, but it rejects reality when the country and the euro are at stake, as they are in the negotiations between Greece and the 18 other eurozone governments, which came to a grinding halt on Monday. The dangerous possibility of a Greek default and a crisis in the euro system have become very real.

via Give Greece Room to Maneuver – NYTimes.com.

What if they spent $80 million on reducing sexual predators and abusers in the military instead?

A report published in September found that the incidence rate of erectile dysfunction (ED) among active-duty personnel more than doubled from 2004 to 2014.

Researchers at the Armed Forces Health Surveillance Centre found that the overall incidence rate of ED climbed from 5.8 cases per 1,000 in 2004 to 12.6 cases in 2013, or more than 1 per cent of the total population, the newspaper said.

via Pentagon spends more than $80m on drugs to tackle erectile dysfunction – Americas – World – The Independent.

Researchers from Nanyang Technological University (NTU) in Singapore have created and developed an antibody that has been shown to boost survival chances for patients suffering from the flu and pneumonia, Cell Reports said on Feb. 10.

The antibody has shown to be effective in lab tests and is now being designed for use in humans. NTU scientists are also using the new antibody to develop a diagnostic kit that can help physicians track the recovery progress of flu and pneumonia patients.

If British Jews are attacked, respect our dignity – and keep your agendas to yourself | Keith Kahn-Harris | Comment is free | The Guardian.

(With an UPDATE on August 19)
Most discussions of one of the most iconic images of the 20th century – the Human Rights Salute more popularly known as the Black Power Salute – focus on two men and neglect the fact that three  took part in that gesture. All three suffered for it and while the more famous two were eventually rehabilitated and hailed as heroes in their country, the third died unsung. 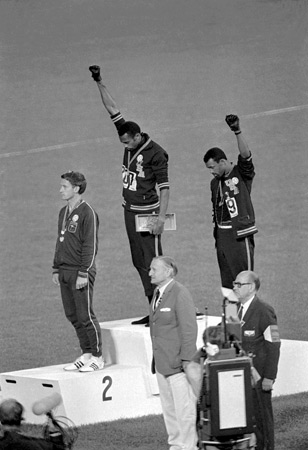 Black Americans Smith and Carlos paid for it, of course, by being sent home immediately. But they were hailed as heroes by Blacks back home and eventually the nation was reconciled to the importance of what they did on 16 October 1968.

Norman, the Australian, was never accepted back fully by his country’s establishment.

Smith and Carlos honoured him when…