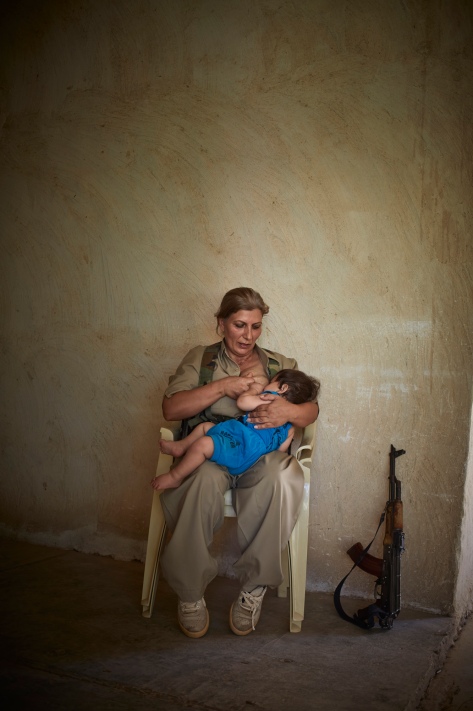 Kurdish media outlets are abuzz with a photograph of a Peshmerga woman, sitting beside an automatic weapon, breastfeeding her child. The picture has been widely distributed on social networking sites, highlighting the strength of Kurdish women and the resilience of female combatants in the ongoing fight against ISIS.