Brown’s family has called for peaceful protests, though anger over the news that there would be no charges for Wilson has sparked destructive demonstrations.

Over the next few days, a number of other protests, memorials and vigils have been planned in cities across the country. Check below to see if there’s an event near you. This map will be updated as protests continue.

via Here’s How To Find A Ferguson Protest In Your Area. 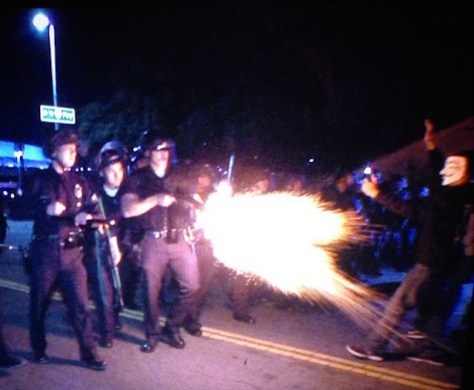 After a grand jury in Ferguson, Missouri made the decision not to indict police officer Darren Wilson in the August shooting death of the unarmed 18-year-old Michael Brown, protests sprung up from coast to coast.

In Los Angeles, there were scattered marches that roved through Beverly Hills, the Miracle Mile, downtown and South Los Angeles until 3:30 a.m., blocking traffic and even freeways. In Los Angeles, there wasn’t the looting or fires like the epicenter of the protests in Ferguson (or like the 1992 Rodney King riots that weren’t far from anyone’s mind). However, police did fire non-lethal weapons into crowds to disperse them. NBC Los Angeles reports that altogether three protesters were arrested, though there was little information about the arrests.

One group marched onto the 110 Freeway at Pico around 11:30 p.m. That’s where protesters were met with non-lethal fire from LAPD:

via 21 Photos And Videos That Tell The Story Of Los Angeles’ Ferguson Protests Last Night: LAist. 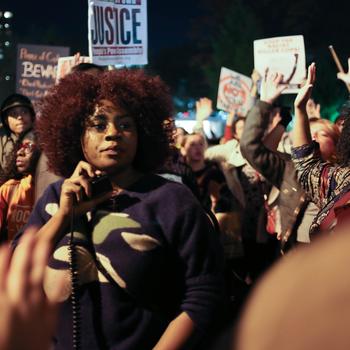 About 250 people took the roadway of the Robert F. Kennedy Bridge at about 12:15 am, followed by scores of police.

Ankasina is a poor and overcrowded slum on the northern edge of Madagascar’s capital city Antananarivo. Waste water flows through open gutters; dirt and garbage collects in heaps on the streets. The area is infested with rats, local residents say. Many blame the state for neglecting the neighborhood.

And now, the rats have brought in an even bigger problem: the plague. For the first time in ten years, the disease has started to spread in Madagascar’s capital. A young woman from Ankasina died from the bubonic plague; she most likely contracted it after being bitten by a flea, which had contracted the bacteria from the rodents. She is one of 47 people who have died in the current outbreak on the island.

Madagascar’s Prime Minister Kolo Roger admits that the plague has now also entered the capital city. He speaks of an epidemic on the island. “For each case, all the necessary measures have been taken to stop the spreading,” he announced. “All cases, whether far away or in the capital of Antananarivo are being dealt with seriously.” 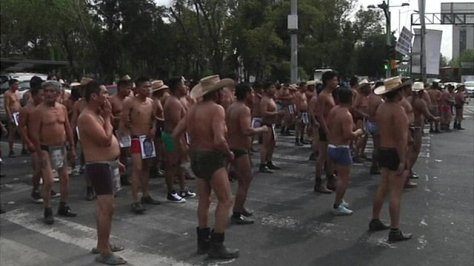 Mexican farmers have held a demonstration in their underwear to protest against alleged abuse of power by three former state governors.

The group would like to see former Veracruz governors, Dante Delgado, Patricio Chirinos and Miguel Aleman brought to trial for what they claim to be violations of civil rights.

no one goes down it

And here I meet him – Dusk

on the last flames

burning off cities in the distance

he offers his hand

for a few stolen moments

we dance as the day fades to away

Kristjaan at Chevrefeuille’s Carpe Diem prompts us to write about Dusk. I used my poetic license to create a haibun for such an occasion.