Melissa Etheridge – Just a Little Bit of Me (Live on KFOG Radio) – YouTube.

According to Mr. Jallah, coordinated information reaching his office from the various Ebola Treatment Units, (ETUs), indicates that across the country, “there are less than 400 people who are in treatment.”

“Therefore,” Jallah said, “there are more than 300 ETUs that are empty, which means they are without people who are being treated for the virus.” The latest report has also made it clear that decisions and recommendations approved by President Ellen Johnson Sirleaf and implemented by the Liberian government have worked to reduce increased infection from the insidious disease, Mr. Jallah said.

“All of us should continue with the measures outlined in this fight,” he said, “because the less than 400 people being treated in the various ETUs is still a high number,” he noted.

With particular reference to the six hardest hit counties of Montserrado, Bomi, Bong, Lofa, Nimba and Margibi, Jallah said, “Lofa County, particularly Foya and Barkedu, have registered less than ten persons in treatment in the last couple of weeks.”

Ghassan Daghlas, in charge of Israeli Settlements File at the Palestinian Authority in the northern part of the occupied West Bank, told Wafa news agency that the settlers have constructed two units as a start for the settlements in the areas of Al-Dawa south Yanun, connecting it to another north east Yanun.

Daghlas added that the settlers set barracks and constructed a road between the two, taking over hundreds of acres of the village.

Yanun representative in the Aqraba municipality, Rashid Marar, said that Yanun is now surrounded by five settlement units, which contributed to the Israeli occupation land grab of vast areas.

via Settlers construct settlement units in Nablus, seize hundreds of acres in less than a month.

It would be easy to assume that the current online backlash that many women face from Gamergaters and beyond is simply the domain of a handful of trolls and a few harmless kids. But we’ve seen the violence that sexist men can do when they don’t get what they want. And even after authorities found a 140-page misogynist manifesto from the California shooter who killed six people this year, women were cautioned against calling the crime one of sexism.

What excuse will we use after the next inevitable act of violence? That we didn’t see the horror coming? Angry men are plainly telling us to expect it.

Even if the threats being bandied about now don’t come to real-life fruition, their chilling effect is real – Sarkeesian noted that women are already “being threatened out of the industry and out of their homes”. These are not small things.

Gamergate enthusiasts will continue to argue that the vitriol against women is coincidental – and they will likely never acknowledge their fear of irrelevance and accountability. That’s to be expected. But as the grip of angry white men on our cultural conversation arrives at its necessary end, it’s up to the rest of us to make sure that, as change comes, we take the anger from those men far more seriously. Ignoring “trolls” doesn’t work when they show up with a gun.

via Gamergate is loud, dangerous and a last grasp at cultural dominance by angry white men | Jessica Valenti | Comment is free | The Guardian.

Angry white men – aka – men who are still frightened boys who have never gotten beyond the “I hate girls and guys rule” stage of life that afflicts some and usually ends when they get to be 13-years old.

Hien Tran lay dying in intensive care this month after a car accident, as detectives searched for clues about the apparent stab wounds in her neck.

An unlikely breakthrough arrived in the mail a week after she died from her injuries. It was a letter from Honda urging her to get her red Accord fixed, because of faulty air bags that could explode.

“The air bag,” said Tina Tran, the victim’s twin sister. “They said it was the air bag.”

Ms. Tran became at least the third death associated with the mushrooming recalls of vehicles containing defective air bags made by Takata, a Japanese auto supplier. More than 14 million vehicles from 11 automakers that contain the air bags have been recalled worldwide.

via It Looked Like a Stabbing, but Takata Air Bag Was the Killer – NYTimes.com. 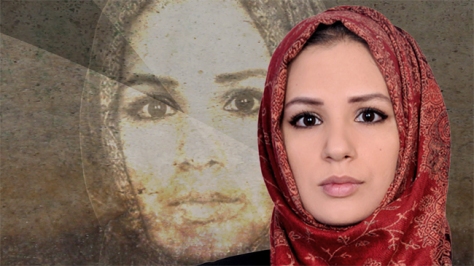 Shim was killed on Sunday as she was on a working mission in Turkey to cover the ongoing war in the strategic Syrian town of Kobani.

She was going back to her hotel from a report scene in the city of Suruç in Turkey’s Urfa Province when their car collided with a heavy vehicle. The identity and whereabouts of the truck driver remain unknown.

On Friday, she told Press TV that the Turkish intelligence agency had accused her of spying probably due to some of the stories she has covered about Turkey’s stance on the ISIL terrorists in Kobani and its surroundings, adding that she feared being arrested.

Shim flatly rejected accusations against her, saying she was “surprised” at this accusation “because I have nothing to hide and I have never done anything aside my job.”

In fact, Walker recently said he doesn’t think the minimum wage “serves a purpose” at all, saying he wants to create jobs that pay “two or three times that.” The sentiment expressed by Schimel and Walker is a common conservative talking point–and a huge scam. The idea that instead of ensuring that low-wage jobs give people enough money to pay rent and fucking eat we should just get them better jobs is nothing more than a way for conservatives to pretend they care about poor people by ignoring reality. Let’s talk about some real facts…

It’s a real fact that there about 3 million fast food workers in this country, and there is no indication that Americans’ love of fries and processed burgers will wane anytime soon.

It’s a real fact that few of these workers are teenagers “flipping burgers” as a summer job–two thirds are women, disproportionately women of color, and their medium age is 28.

It’s a real fact that these workers are usually supporting kids, often by themselves, with their apparently not-real fast food jobs.