The Pedro Bank is a special place. Far from the island’s shores, it became a part of Jamaica in 1882. It is well known to many Jamaican fishers, but not to other Jamaicans. Now The Nature Conservancy is working with the Jamaican Government and other partners to develop a plan to ensure the Bank’s sustainability and protection. This press release from the Jamaica Environment Trust explains more: 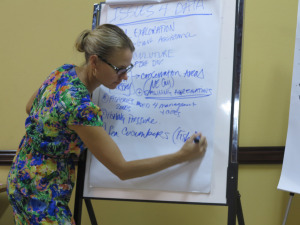 Fifty years from now what do you hope to see on the Pedro Bank? This was one of many questions posed to fishers on the Pedro Cays and from South Coast fishing villages, government officials, academics, community-based organizations and other marine stakeholders over the past five months as part of a visioning and data collection exercise to plan for the future of the Pedro Bank. 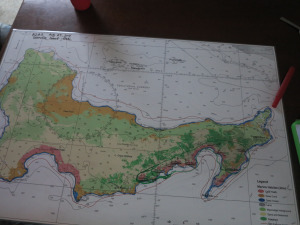 Map of the Pedro…

This failure to treat with convalescent antibody follows a failure to admit when Eric Duncan made his initial visit to Texas Health Presbyterian Hospital on the evening of September 25.  Although he had a low grade fever when he arrived, when he left 4 hours later he had a fever of 103 F (and was sent home with antibiotics and Tylenol).

Texas Health Presbyterian Hospital has been cited for the past three years for having a high frequency of ER discharges which returned within 30 days, and Eric Duncan fit that pattern when he returned on September 28 after a contact called 911, which led to ambulance transport.  By then Eric Duncan also had diarrhea and vomiting but his blood was not sent out for Ebola testing until the next day, Monday, September 29 (and media reports indicated his nephew call the CDC on Monday due to a lack of progress).

Israel on Tuesday said it will open two emergency clinics in Sierra Leon and Liberia to aid in the fight against Ebola.

The clinics will include special equipment and will be run by medical teams, flown from Israel in order to train local aid teams.

via Israel to open Ebola clinics in Sierra Leon, Liberia | i24news – See beyond. 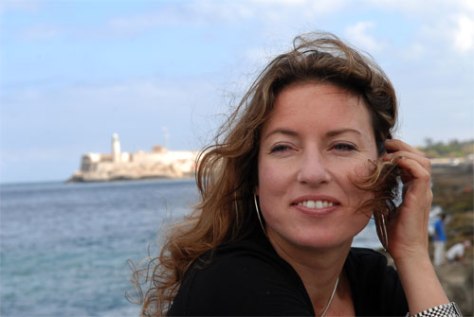 Catherine Murphy (adjunct professor at New York University’s Center for Global Affairs and director of documentary, Maestra) adds her perspectives on the to the U.S. embargo to the Opinion Pages (The New York Times), stating that “Eliminating the embargo and expanding educational and cultural exchanges would benefit both nations.” [See information on Maestra in our previous post http://repeatingislands.com/2014/10/14/film-on-cuban-literacy-campaign-maestra-by-catherine-murphy/.] See excerpts of the opinion piece here and a link to the full article below:

After 20 years working to promote academic and cultural exchanges with Cuba, I would not have imagined that in 2014 the U.S. embargo would still be so solidly in place.

Eliminating the embargo and expanding educational and cultural exchanges would benefit both nations.

The granddaughter of an American raised on the island, I first traveled to Cuba to conduct research in 1992. I was investigating my family’s history and soon discovered the long…

In Katha Pollitt’s new book Pro: Reclaiming Abortion Rights, The Nation columnist argues that the pro-choice movement has become increasingly defensive, and even apologetic, about abortion. “Anywhere you look or listen,” she writes, “you find pro-choicers falling over themselves to use words like ‘thorny,’ ‘vexed,’ ‘complex,’ and ‘difficult.’” Pollitt laments this “awfulization” of abortion and claims pro-choicers have been complicit in its rise. The movement’s language has shifted radically since the pre-Roe v. Wade 1970s, she writes, when activists fought for “abortion on demand and without apology.”

And she’s right. We hear what Pollitt calls a “permit but deplore” attitude from high-profile pro-choice politicians: Sarah Erdreich, in Generation Roe: Inside the Future of the Pro-Choice Movement, cites Hillary Clinton’s characterization of abortion as a “sad, even tragic choice” and John Kerry’s hope that it be “the rarest thing in the world.” It’s not altogether surprising to hear politicians hedging, but even the most ardent pro-choice activists often express reservations about the very thing they work to defend. Cristina Page, an advocate who has dedicated her career to abortion rights and authored How the Pro-Choice Movement Saved America, called abortion “something we don’t want to have happen at the frequency that it is, or even at all.”

via What Happened to “Abortion On Demand Without Apology”? | Dame Magazine. 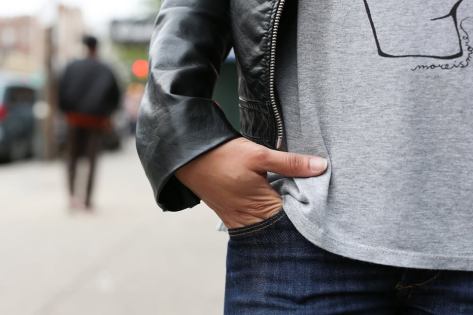 “I was tired of working retail, so I lied on my resume and said that I had bookkeeper experience. I learned as much as I could from Google before the job interview, and printed out balance sheets to practice on. After I got the job, I read as much as I could every morning on the train. It was nerve wracking at first, but I presented the numbers at the end of the month, and everything checked out. May not have been the best way to get a job, but hey— I’ve got a son to look out for.”

via Humans of New York.

{Wannabe Caliph Erdogan has a newspaper delivery guy assassinated? How brave!} Reporters Without Borders condemns media worker Kadri Bagdu’s murder today while distributing the Kurdish dailies Azadiya Welat and Özgür Gündem in Seyhan, in the southeastern province of Adana. His targeted killing harks back to the darkest hours of Turkey’s recent history.

Bagdu, 46, was distributing the newspapers free of charge on the street in the Sakir Pasa district of Seyhan when he was shot five times by two individuals on a motorcycle who then sped away. One of the shots hit him in the head. He succumbed to his injuries several hours later.

via Kurdish paper distributor gunned down in southeastern Turkey – Reporters Without Borders. 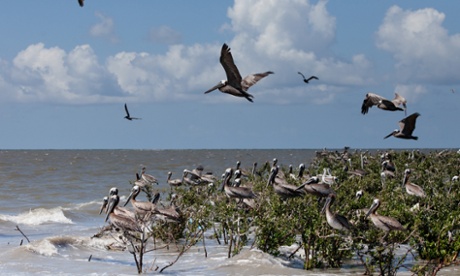 Left unchecked, the state is projected to lose an additional 1,750 sq m in the next 50 years.

The land began vanishing from southern Louisiana about 80 years ago when the authorities began penning in the Mississippi after catastrophic floods.

The system of levees cut off the river from the delta, choking off the sediment needed to shore up the coast.

A decade later, oil drilling took off in coastal areas of Louisiana. Industry canals tore up the coastal wetlands.

Rising seas under climate change accelerated the land loss, exposing New Orleans and the valuable oil, shipping and seafood industries on the coast to hurricanes and storm surge.

Sea level rise is now the leading cause of land loss, said Virginia Burkett, chief scientist for climate and land use change at the US Geological Survey, leading a recent tour of the restoration projects organised by the Society of Environmental Journalists.

“If sea level rise doubles as we expect over the next century, can you imagine what is going to happen to this landscape?” she asked. “Without the barrier islands and marshes to attenuate the storm surge, the people of New Orleans are basically surrounded by an earthen levee.”

via Lost Louisiana: the race to reclaim vanished land back from the sea | Environment | The Guardian. 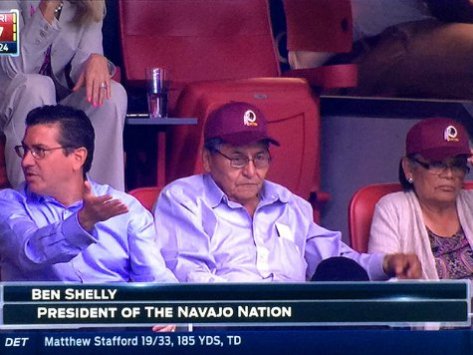 A picture is worth a thousand words is an old adage.

Given Snyder is viewed as a modern-day George Armstrong Custer because of his total disregard of the feelings of hundreds of thousands American Indians about wanting him to change the name of his team, comments were not charitable towards the President Shelly. And given the Navajo Nation Council voted for a resolution calling for a name change of the Washington NFL team, there were many negative comments.

via A Photo is Worth a Thousand Words: Navajo President Explains His Game Time Activities.