Koroma, 32, a resident of the densely populated Wellington neighborhood, had been admitted to an isolation ward while blood samples were tested for the virus, Health ministry spokesman Sidi Yahya Tunis. The results came back on Thursday.

“The family of the patient stormed the hospital and forcefully removed her and took her away,” Tunis said. “We are searching for her.”

Fighting one of the world’s deadliest diseases is straining the region’s weak health systems, while a lack of information and suspicion of medical staff has led many to shun treatment.

Earlier this year, a man in Freetown tested positive for Ebola although he is believed to have caught it elsewhere.

According to health ministry data and officials, dozens of people confirmed by laboratory tests to have Ebola are now unaccounted for in Sierra Leone, where the majority of cases have been recorded in the country’s east.

via First Ebola victim in Sierra Leone capital on the run | Reuters.

A group of Italian, British and Spanish researchers are working on developing a network of microsensors that can be embedded in plants, sending us information on how plants respond to changes in temperature, humidity, air pollution, chemicals and many other changes in their environment.

via Plants are talking and these sensors let us hear what they’re saying : TreeHugger.

Bluebirds are bedazzling creatures. This website was developed as a resource for people interested in helping bluebirds and other native cavity-nesters survive and thrive. See the Site Map (index) or Pulldown (Jump) Menu for an alphabetical list of topics covered.

via Sialis Home – Helping Bluebirds and Other Small Cavity Nesters Survive and Thrive.

LION PAVILION LTD. of Maspeth, NY is recalling Tasty Peach Slices because it contains undeclared sulfites. Consumers who have severe sensitivity to sulfites run the risk of serious or life-threatening allergic reactions if they consume this product.

Tasty Peach Slices is sold in 3.87 ounce (110g), clear plastic jar and was distributed nationwide. It is a product of China.

The recall was initiated after routine sampling by New York State Department of Agriculture and Markets Food Inspectors and subsequent analysis by Food Laboratory personnel revealed the presence of sulfites in the 110g package of Tasty Peach Slices which were not declared on the label. The consumption of 10 milligrams of sulfites per serving has been reported to elicit severe reactions in some asthmatics. Anaphylactic shock could occur in certain sulfite sensitive individuals upon ingesting 10 milligrams or more of sulfites. Analysis of the Tasty Peach Slices revealed they contained 12.75 milligrams per serving.

UN secretary general Ban Ki-moon condemned the attack, which came hours after the agency had warned that Israel’s actions in the Gaza could constitute war crimes.

According to the UN, more than 118,000 people are now sheltering in UN schools and people are running out of food.

Palestinian toll now stands at 815 killed and more than 5,000 injured. Thirty two Israeli soldiers, two civilians and a Thai worker in Israel have also been killed in the conflict. One other soldier remains missing, but is presumed dead.

In a statement, Israeli Premier Benjamin Netanyahu said he regretted each Palestinian civilian death, but said they were “the responsibility of Hamas”.

He keeps saying this as if it makes sense – It is fault of Hamas that Israel has killed 815 people – most of whom have nothing to do with Hamas?

via Gaza crisis: 815 Palestinians killed, no sign of ceasefire – The Times of India.

French car makers don’t have the greatest reputation for reliability, but that hasn’t stopped the Citroën C1 supermini being named as Britain’s most dependable car in a survey of drivers.

via Citroën C1 named Which? most dependable car | Money | The Guardian. 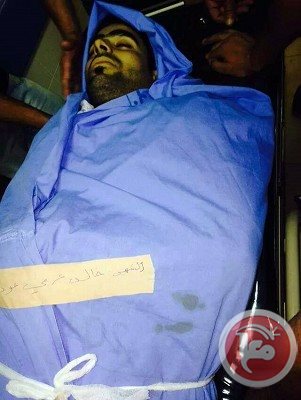 NABLUS (Ma’an) — Four Palestinians were killed in the West Bank on Friday, three by Israeli forces and one by an Israeli settler, amid widespread protests in solidarity with Gaza.

The four deaths on Friday come after a Palestinian was killed by Israeli forces late Thursday in clashes at Qalandia, bringing the total death toll in the West Bank to eight as thousands have marched in protest against the Israeli assault on Gaza over the last two weeks.

Yousef was killed and three were injured on Friday when an Israeli settler opened fire at a protest march near Nablus, an official said.

In the village of Huwwara, Palestinians began marching in protest against Israel’s deadly offensive in Gaza when an Israeli settler drove by in a car and fired into the crowd, the mayor of the village said.

Israeli forces who subsequently arrived on the scene got involved in the clashes, killing another Palestinian named Tayeb Abu Shehada, 22.

An Israeli military spokeswoman said that “approximately 200 Palestinians gathered in the area and a riot erupted” as they “were hurling rocks.”

In Beit Ummar, Palestinians clashed with Israeli soldiers in protest of Israel’s assault on Gaza.

Hashem Abu Maria, 47, was shot in the chest by Israeli forces and died soon after.

Sultan al-Zaaqiq, 30, was also slain by Israeli forces during the clashes.

An Israeli army spokeswoman said she was looking into the incident.

Estonia has earmarked 75,000 to ease the humanitarian situation in the Gaza Strip, with the money going to the area through the United Nations Relief and Works Agency for Palestine Refugees (UNRWA).

“Access to water is a huge problem and there are also problems with sewage disposal, and medication is needed,” Foreign Minister Urmas Paet said.

Israeli forces killed a leader of Islamic Jihad’s military wing and two of his sons early Friday with an airstrike on their home in the southern Gaza Strip, as the Palestinian death toll topped 800 in the battle’s 18th day. A 36-year-old reservist also fell in combat in Gaza’s north, the military said, bringing the number of Israeli soldiers killed over the past week to 33.

A statement from Islamic Jihad, which has been fighting Israel alongside the Islamist Hamas movement, said that Salah Abu Hassanein, 45 — a spokesman for its militia, Al-Quds Brigades — and his sons, aged 15 and 12, were killed in the entrance to their home in the southern city of Rafah.

via Israeli Strike Kills a Leader of Islamic Jihad – NYTimes.com.

That is so precise – that someone had to know that the two sons were being killed at same time. Leader? The PR person is a fighter to be assassinated along with his sons?