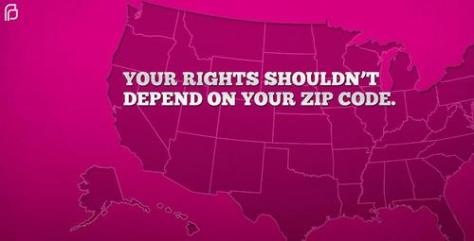 The Senate Judiciary Committee is holding a hearing today on the Women’s Health Protection Act. Sounds like the name of an anti-choice bill deceptively cloaking itself in friendly “pro-woman” language like so many of them do, right? But no–for once, it’s the real deal: an pro-choice law that–to quote the opposition–”would wipe out almost every single pro-life law on abortion.”

I don’t know that it would quite do that, but the bill does straightforwardly affirm that “access to safe, legal abortion services is essential to women’s health and central to women’s ability to participate equally in the economic and social life of the United States.” It prevents states from passing restrictions on abortion that would not be placed on “medically comparable procedures“–taking direct aim at “bad medicine” laws, like unnecessary ultrasounds and biased counseling, that interfere with the patient/doctor relationship, as well as TRAP laws that are shutting down clinics under the guise lie of patient safety.

via A federal pro-choice bill that would stem the anti-choice tide in the states.

{And how many Israeli’s were killed or injured by rockets fired from Gaza in the last week?}

Palestine News Network is trying to keep an updated list with the names of all the people killed in Gaza since Tuesday, when Israel started Operation Protective Edge.

On and on it goes, down and down they go, why oh, why oh why?

A suicide attacker killed 89 people when he detonated a car filled with explosives in a crowded bazaar in eastern Afghanistan, the bloodiest insurgent attack on civilians for several years.

Dozens more were injured in a blast so big that it brought down the roofs of shops lining the roads, trapping shopkeepers and their customers in the rubble.

“A man in a Toyota SUV was identified by police as a potential attacker, but when they ordered him to stop for checks, he set off the bomb,” the deputy provincial police chief, Nasar Ahmad, told the Guardian. He said all but two of the victims were civilians.

of selflessness and humanity,

…when he finally went home,

watched as his home

where he had lived for 30 years—

was being bombed into rubble and dust

in less than one minute,

given to Israel by American tax payers…

via rubble and dust | Palestine Rose.

Reported as a rocket silo? Not!