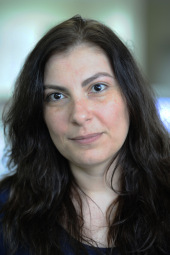 If we put aside the nationalistic and religious rhetoric in our political life, then democratic groups can present alternatives for the people to choose from. So long as there is a candidate hiding behind religion or the barrel of a gun, there can no alternative, as they stamp out any competition. So long as the people are given no platforms but words of heroism or verses of Quran, there will be no proper political or economic debate, because what discussion can there be when there is no platform to discuss? A leader of a nation should be chosen based on what his programme can offer the people, not based on the group backing him or his personal appeal.

This is, after all, what a revolution does: it presents people with the opportunity to choose. The Muslim Brotherhood killed that opportunity and paved the way for the militarised nationalistic rhetoric to win. Until the day comes when no military man nor religious leader appears on the presidential candidates list, there will be neither alternatives nor a true democracy.

via In search of alternatives – Daily News Egypt. 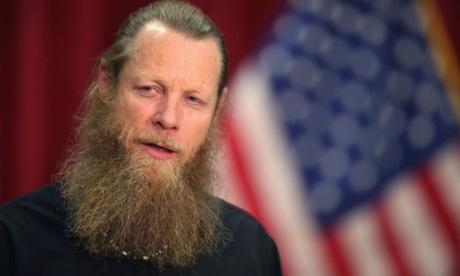 The Berdaghl family made its home in a remote, wind-whipped Idaho valley to keep the world at a certain distance. But two outside forces – the Taliban and US politics – crashed into the idyll.

It says a lot about Bob Bergdahl, 54, and the son he raised that of the two, he appears to have handled the Taliban better.

The former UPS delivery man has intrigued, inspired and infuriated the US public since the release of his son, Bowe, 28, ignited a political firestorm last week.

The ponytail and straggly beard, the phrases in Arabic and Pashto, the refusal to look or sound like a conventional dad, the theories about Bowe’s alleged desertion – all have fuelled the clamour, prompting many to ask: just who are the Bergdahls?

Interviews with friends, neighbours and colleagues in the valley and in Hailey, the nearest town, paint a nuanced portrait of a family that on one hand is sporty, Christian and all-American, fond of horses, hunting, chocolate muffins and Jimmy Fallon; and on the other bookish, private and iconoclastic, carving an individualistic trail in its own private Idaho. That lifestyle bred idealism – and, arguably, naivety.

“Bob almost reads and thinks too much,” said Lee Ann Ferris, a neighbour. “You’d ask him a question and, whoah, what an answer you’d get.”

While rarely fatal, Chikungunya can produce a severe fever and excruciating joint pain usually lasting for at least a week.  Some studies (cite) indicate significant arthritis-like sequelae can persist for months or even years post-infection.

With an incubation period of between 3 and 7 days, and the enormous amount of international travel to, and from, the Caribbean, the concern is that this virus will soon migrate to other areas that also have a favorable climate and the right kind of mosquitoes.

Brazil is particularly at risk this summer with the FIFA World Cup, something we discussed yesterday.

But then, so is the United States, and even parts of Europe (Italy saw a mini-epidemic in 2007 when just one infected traveler started a chain of infection that eventually touched 300 people).

The good news, at least in most of the United States, is that most of us live and work in air-conditioned spaces, and live in regions that maintain pretty good mosquito control programs, and so we aren’t as apt to be continually exposed to (and bitten by) mosquitoes as people living in the Caribbean.

But as a native Floridian, I can assure you that it is pretty much impossible to totally avoid feeding our unofficial `state bird’.

The state of Florida is concerned enough that it has issued warnings to the public, and is actively Preparing For Chikungunya.  In March the CDC held a Chikungunya Webinar and last December they released a CDC HAN Advisory On Recognizing & Treating Chikungunya Infection.

No one knows if Chikungunya will spread rapidly in the United States, like West Nile Virus has over the past 15 years, or produce infrequent and highly sporadic outbreaks, as has Dengue.

But given its rapid global expansion over the past nine years, no one in public health is taking the threat lightly.