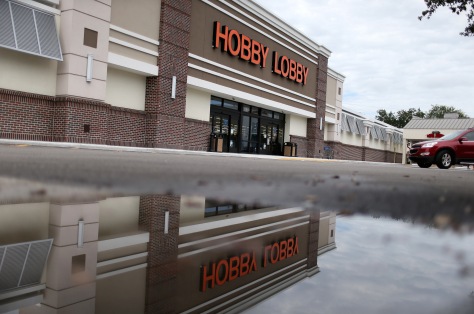 “The New Testament never — not one time — applies the “Christian” label to a business or even a government. The tag is applied only to individuals. If the Bible is your ultimate guide, the only organization one might rightly term “Christian” is a church. And this is only because a church in the New Testament is not a building or a business, but a collection of Christian individuals who have repented, believed on Christ, and are pursuing a life of holiness. Journalists or cultural commentators might use the phrase “Christian business” in colloquial or cultural terms, but conservative evangelicals must admit that the term makes no theological sense for them given their views of salvation, sanctification, and revelation,” – Jonathan Merritt.

Though its natural habitat is shrinking in the Caribbean, a brownish-gray songbird twice discovered on top of Vermont’s highest mountain is giving scientists hope, Lisa Rathke reports for the Associated Press.

Just weeks ago, researchers identified a Bicknell’s Thrush on Mount Mansfield that had been banded in the Dominican Republic while wintering there in 2010. It was the second time since 2010 that the bird had been captured on the mountaintop as part of research.

“The chances of that are amazingly small and to have that happen is not only just remarkable and very cool … it’s really compelling because it shows you that we have to pay attention to both ends of this bird’s range if we’re going to conserve it,” said Chris Rimmer, executive director of the Vermont Center for Ecostudies.

The vulnerable species has an estimated population of 100,000 worldwide. The migratory birds nest and breed in…

Investigators are looking into what happened, as there are no gun programs or shooting ranges at the camp.

via 12-Year-Old Boy Scout Shoots Himself In The Head At Summer Camp: LAist.

“Today’s decision is a victory for religious freedom and another defeat for an administration that has repeatedly crossed constitutional lines in pursuit of its Big Government objectives,” Speaker John Boehner said in a statement. A more honest statement of the party’s thinking came in this tweet from Erick Erickson, the conservative blogger: “My religion trumps your ‘right’ to employer subsidized consequence free sex.”

via The Political Repercussions of the Hobby Lobby Decision – NYTimes.com.

So, if a firm is owned by someone who “religiously” supports FGM, child brides, honor killings, polygamy, or opposes all forms of medical assistance, blood transfusions – be careful of what you support, in case you think it’s just for you!

Scott Anderson traces the origins of the present crisis in Iraq back to World War I:

For nearly 400 years prior to World War I, the lands of Iraq existed as three distinct semi-autonomous provinces, or vilayets, within the Ottoman Empire. In each of these vilayets, one of the three religious or ethnic groups that predominated in the region – Shiite, Sunni and Kurd – held sway, with the veneer of Ottoman rule resting atop a complex network of local clan and tribal alliances. This delicate system was undone by the West, and for an all-too-predictable reason: oil.

In order to raise an Arab revolt against the Ottomans, who had joined with Germany and Austria-Hungary in World War I, Great Britain forged a wartime alliance with Emir Hussein of the Hejaz region of Arabia, now the western edge of Saudi Arabia bordered by the Red Sea. The 1915 pact…

The majority of the 50,000 people who participated were not only local authorities from several Mayan groups, but also union members, workers from the health sector and other social groups, in a joint force which some referred to as a historical day.

Archbishop Alvaro Ramazzini talked to the people who had gathered in the Central Park of Quetzaltenango, the second city of Guatemala: “It is a historical moment to see all of you here today and with such a great consciousness. I can see this lead to the fundamental change of the state structure that we need in order to create an inclusive society, without racism and discrimination, providing common good for all of its citizens.”

Ramazzini also warned that the tactic for domination in Guatemala has always been, and still is, to “divide and rule.” He explained that the political parties are especially keen to apply this strategy and therefore the citizens must vote with great

For one week in January 2012, Facebook deliberately made about 155,000 people sad, just to see if it could.

Stated that bluntly, it’s not hard to see why the company’s study, which was published in the prestigious PNAS journal on 17 June, has elicited such a strong negative reaction.

via Facebook deliberately made people sad. This ought to be the final straw | Alex Hern | Commentisfree | The Guardian.

Sexual harassment often involves speech; so does slander; so do threats; so do hate crimes, often as not. Most of these things remain legally actionable—if only barely, sometimes. Online harassment is notoriously difficult to prosecute and most police departments either fail to take it seriously or elect to play ping-pong with the FBI over jurisdiction.

What the valiant free speech absolutists of our time, both on the Court and in the comment sections of countless blogs and websites, fail to grapple with is the fact that we do not live in a truly equal society. Some of us do have more speech than others, more right to that power than others, creating cultural distortions that actually prevent people from exercising the full range of their rights. By protecting the speech of pro-life protestors (which in and of itself was never under threat by a buffer zone; they were allowed to say the same things from that distance), we have yet again chipped away at a woman’s right to choose—and, frankly, it is a right that some genderqueer people and trans men might need to avail themselves of as well. As our own Alexandra Brodsky argued, a history of very real violence and aggression is often sired by the “speech” of those protesters.

via Empty Words: The Supreme Court’s unequal view of speech.

The court held on a 5-4 vote on ideological lines that such companies can seek an exemption from the so-called birth control mandate of the healthcare law. The decision means employees of those companies will have to obtain certain forms of birth control from other sources.

In a majority opinion by conservative Justice Samuel Alito, the court said the ruling applies only to the birth control mandate and does not mean companies would necessarily succeed if they made similar claims to other insurance requirements, such as vaccinations and drug transfusions.

via Supreme Court rules in favor of Hobby Lobby – chicagotribune.com.